.Earn While You Learn

With eyes set on college, many overlook the financial and educational benefits of apprenticeship. 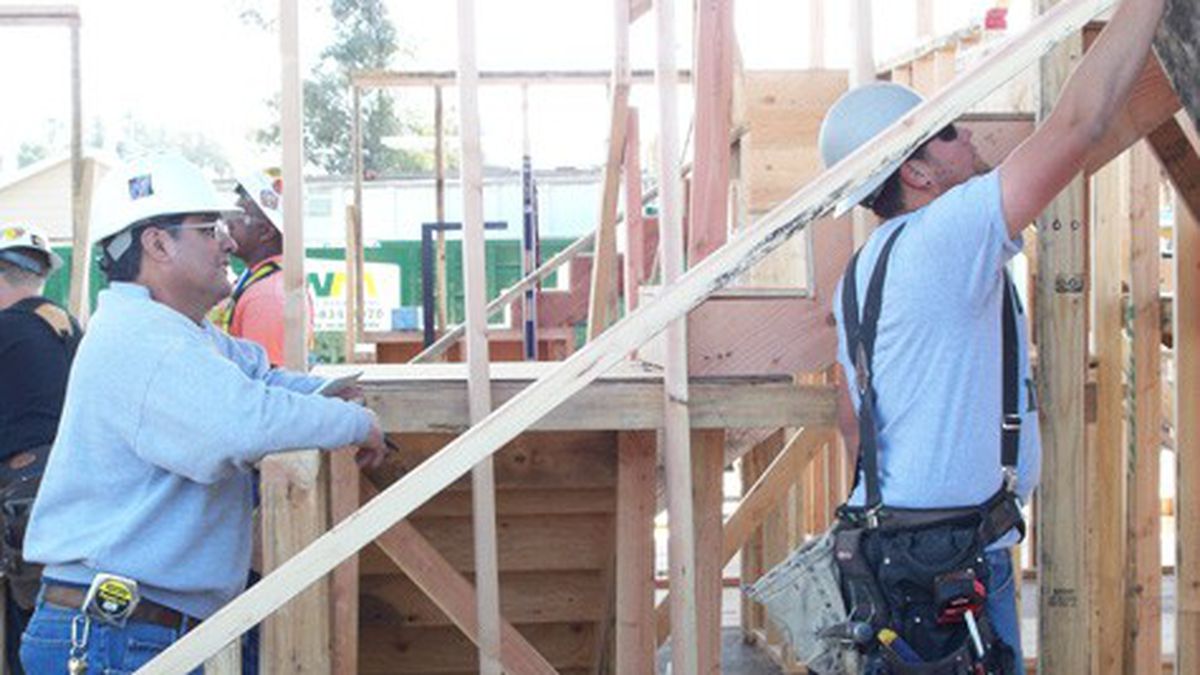 Once upon a time, a college degree was like a golden ticket to a good job. But these days, the job market has become oversaturated with college-educated young people. On top of that, the rising cost of tuition means more students are being forced to take out loans, adding pressure to their job search once they are out of school. So, what’s a high school graduate to do when faced with these discouraging prospects? One option is to take up a technical apprenticeship, which offers pay, a nationally recognized certification, and a desirable skill set.

Although formalized apprenticeship programs are still common in countries such as Germany, which trains approximately 1.5 million apprentices every year, their popularity stateside has been declining for decades in correspondence with the increased focus on getting kids into college. But trade workers are still in demand, and their specific skills can only be learned through years of training. On top of that, governmental formalization and unionization ensure that every standardized apprenticeship offers competitive wages and no tuition fees for required classes. All that the apprentice needs is a high school diploma, a fierce determination to learn the trade, and a weatherproof work ethic.

While each field and region differs slightly, apprenticeships typically start off by paying the apprentice a certain percentage of the journeymen’s wage (usually around 50 percent), a percentage that then rises in increments as the apprentice earns hours. Throughout his apprenticeship, the student splits his time between earning money through on-the-job training and taking free technical classes. Any credits he earns can go toward an associate degree if he decides to take the remaining breadth courses required.

Almost all the information that one needs about apprenticeships is available online. The website of the California Apprenticeship Coordinators Association lays out all of the government-associated apprenticeships available in California, from bricklaying to sausage-making, along with their regional availability, work requirements, and application procedures. You can also find their regional starting wages, which average approximately $20 an hour in the Bay Area.

Darell Lawrence is the president of the California Apprenticeship Coordinators Association, and a coordinator for the Carpenters Training Committee for Northern California. Part of his job is letting kids know where they can access this information, so that they are aware of all of their options. “There’s a lot of people that, when they get out of high school, they’re done with school for a while,” he said. “They want to work with their hands. They don’t want to sit behind a desk.”

For 27-year-old Miguel Quintero, getting a liberal arts education was never part of his post-high-school plan. He had been working construction-type jobs with his father, who’s a painting contractor, since he was fourteen years old. Now the San Jose resident is apprenticing to become a drywall/lathing journeyman and taking classes in Morgan Hill and Hayward for his program.

Before he began his apprenticeship, Quintero was painting and doing various handyman jobs, but the unreliability of getting work became overly taxing. Through his apprenticeship he gets steady work, and because he is a union member, he receives health benefits for him and his family. As a father of a three-year-old daughter, Quintero said that’s a huge help.

Quintero got the gig by starting out in an entry-level position for a contracting company that his friend worked for, but not all applicants need to have experience in the trade. By going through the contractor instead of the apprenticeship office, however, Quintero was able to bypass a long waiting list of applicants that sometimes take years to process. According to Lawrence, the wait is the result of processing time and not lack of demand.

With California auto mechanic apprenticeships, the apprentice must always go through the employer. According to Jon Fowkes, the senior coordinator for the automotive and machinist apprenticeship programs in Northern California, the spots are fairly competitive because there are so many applicants, and auto mechanics aren’t required to have apprentices like other journeymen such as construction workers. Those that get admitted often already have some formal automotive schooling, and end up using those credits to skip the classes required by the apprenticeship program.

Still, Fowkes said that there is a shortage of technicians, especially those to work on heavy-duty trucks. “Basically, it’s coming to the point now where we’re starting to see a lot more activity,” he said. “As a matter of fact, we’ve added 21 apprentices since October into the program, so there is quite a bit of movement now in employers hiring these kids.”

When 25-year-old Alameda resident Kaela Furtado graduated high school, she knew that going to college wasn’t what she wanted. “In high school you have to do your basic English, math, and everything like that, which to me, I’m just not interested in,” she said.

So when she graduated high school, she got an entry-level position as a stock clerk in the auto shop where her dad worked. After working there for five years, she took an apprenticeship position, which had just opened. Now halfway through her apprenticeship, Furtado takes automotive classes at Chabot College and will be a parts-counter journeywoman in a year and a half.

Although Quintero and Furtado knew they wanted to go the technical route because their fathers worked in those fields, most high school graduates simply don’t know that there is even an educational path available to them other than college. Lawrence said that this is because school guidance counselors steer every student toward college, and he considers this a problem. Sarah Backes-Diaz, the assistant director of counseling and programs at the UC Berkeley Career Center, believes in the benefits of college, but agrees that it’s not for everyone. “There are some students who end up here at Cal and realize it’s maybe not the best fit for them, if they really are looking for a more hands-on, practical training program that will prepare them directly for a career,” she said.

Thomas Benham was one of those kids. When he graduated from high school in Bakersfield, he and his parents automatically assumed that he would go to college. So he began attending UC Berkeley, but immediately felt uninspired and unproductive. The detachedness of learning from behind a desk weighed on him, and left him questioning what he wanted and why he was there. “It was way more than the subject matter,” he said. “It was the structure and the whole rhythm and approach … it was not for me.”

Meanwhile, Benham was working nights as a wine runner at Chez Panisse and became infatuated with the idea of becoming a cook. One day he decided to drop out of school and devote himself to learning the trade. He became the restaurant’s garde manger — a kitchen managing position that acts as a stepping-stone to becoming a line cook, and relies on a very involved learning experience. “I got what I wanted and more, and what I wanted was a more sensory, hands-on education,” Benham said. Now a line cook, he said that his experience as a garde manger completely changed his life.

Although Benham’s experience functioned as an apprenticeship, it didn’t provide all the same benefits as a government-run program. (According to the California Apprenticeship Coordinators Association’s website, the only standardized culinary apprenticeship in California is located in San Francisco.) Although there is a broad range of apprenticeships available in the Bay Area, they are still limited relative to the fact that many trade specialists are nearing retirement.

This issue is especially true in the Bay Area machinist industry. “One of the PUCs [public utility commissions] in the area did analysis on their average age of hire for machinists and it was 48,” said Fowkes. “So they looked at that and said, ‘Holy moly, we need to do something about that.'” The Machinists’ Joint Apprenticeship Training Program asked Fowkes and his colleagues to help them develop a new manufacturing apprenticeship program for machinists. The goal is to employ twenty new apprentices per year for the next four years. They are aiming for the classes to be available at Chabot, De Anza, and Laney colleges by the beginning of next year.

The reality is that the jobs that apprenticeships prepare you for definitely aren’t for everyone. But the world still needs drywall latherers, auto mechanics, and cooks. “If a trained journeyman retires, they’ve got assets walking out their door,” said Fowkes. “So, if they don’t do something about capturing that knowledge base and keeping it in the house, they’ve just lost it. And the way you capture that is to pass it on to the next generation, and the way you pass it on to the next generation is through apprenticeship programs.”