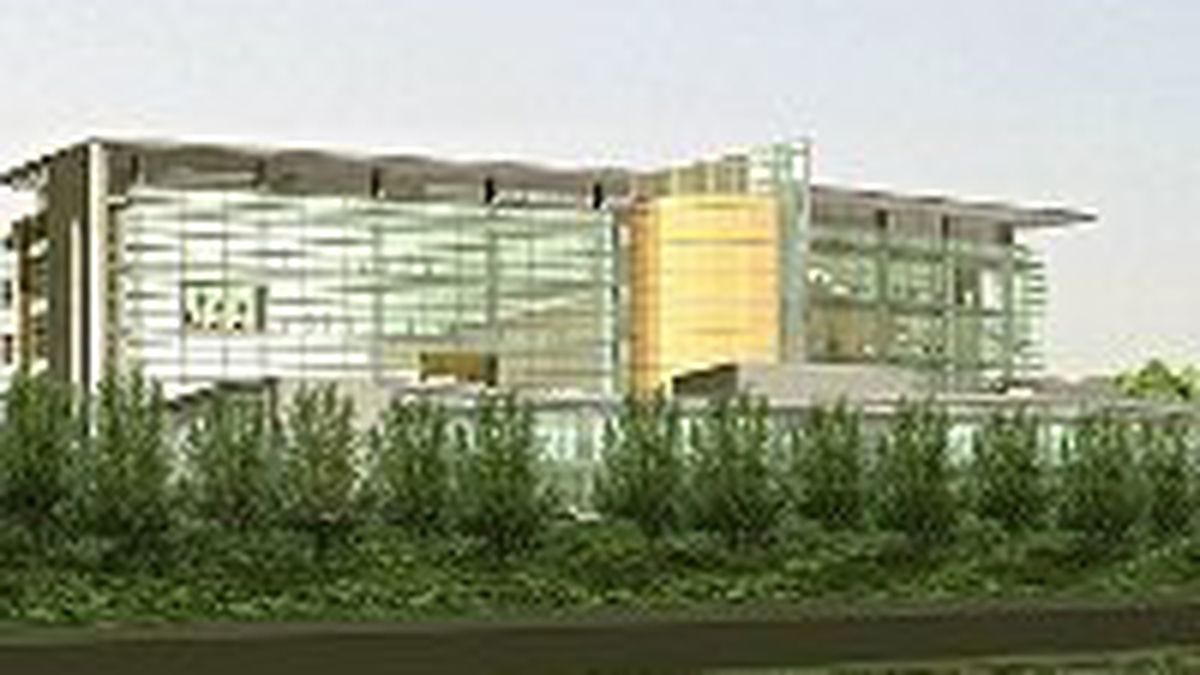 On Thursday, Alameda County public defender Brendon Woods will lead a coalition to voice opposition to a plan to hold all in-custody arraignments at a new courthouse in Dublin.

The East County Hall of Justice, which opened on Monday, will hear all arraignments for Alameda County. Arraignments are the first steps to all criminal proceedings where charges are named, bails are set, and, in some cases, defendants are released without bail under certain conditions.

According to a press release from the Superior Court of Alameda County, defendants in custody at the Santa Rita Jail in Dublin currently are woken at 3 a.m. for a 90-minute bus ride to the Wiley Manuel Courthouse in downtown Oakland.

According to the press release, this ride happens during morning commute traffic and results in defendants spending hours waiting to go back and forth from the jail to the courthouse.

The new courthouse is across the street from the Santa Rita Jail, where all Alameda County defendants are held.

Woods said that forcing all the arraignments of defendants who are still in custody, especially those in Oakland, Berkeley, and Albany, to be heard in Dublin will ultimately prolong their time in custody and also hinder their families from attending.

“You’re taking that first court appearance and removing it from the community,” Woods said, adding that it will be mostly low-income people of color who are being removed.

Woods added that family members can often provide information such as income stubs and employment verification, which can be crucial to getting a defendant out of custody early.

He gave an example from a case on Tuesday, where a defendant’s aunt was able to speak in court and provide information to the judge that was key to getting that defendant released on his own recognizance, which means that he was released under the condition to appear in court again in the future.

Without this information, Woods said, defendants end up spending more time in custody and fighting for their cases while in custody, and their bails are subsequently set higher.

According to Finke, Woods did not mention that, after the defendant was released, he had to return to Santa Rita Jail in Dublin before officially leaving. The defendant had to wait all afternoon at the Wiley Manuel Courthouse for the bus to take him back to the jail, Finke said, and was not released until 1 a.m. the following day.

Additionally, Finke said, the defendant’s aunt was from Discovery Bay, which is just over an hour from Oakland. Had the arraignment been in Dublin, he said, her travel time would have been much shorter.

“The irony is not lost on me that we’re talking about convenience of the families and using this example,” Finke said.

Finke also argued that few arraignments are attended by family members, citing Woods’ case, where the defendant’s arraignment was the only one out of seventeen that day where family members were present.

Although the number of arraignments with family members in attendance is “not a majority”, Woods said, it is still a “significant amount” and the court should recognize their importance.

“Why make it harder for them?” Woods said. “What’s critical is that their presence often results in people getting out of custody.”

“We are one of the very tiny number of courts in the state that has had our budget cut for eight years in a row,” Finke said. “Our budget is razor thin…Our specific budget makes so that we cannot leave any efficiency unturned.”

Woods, however, argued that the real delays come from pre trials and preliminary hearings, which happen after arraignments, and will happen regardless.

“I think most clients would say they prefer to be on a bus for 90 minutes and get out earlier than wait in custody,” Woods said.

Previous ArticleCalifornia to Require All Marijuana to be Lab Tested. What Will Happen to Weed That Fails the Lab?

Next ArticleLetter of the Week: Our Readers Chime in on Corruption inside OPD and the Harassment of a Local Music Venue