1) Details continue to emerge about former Yoshi’s chef Sho Kamio’s new restaurant, which will replace O Chame (1830 4th St.) in Berkeley. Inside Scoop reports that the restaurant will be called Iyasare and that it will focus on the cuisine of Japan’s Tohoku region. Features will include takeout bento boxes, Japanese-style charcuterie, and tabletop grilling. The restaurant is still on track to open next month.

2) A couple of recent revamps: Diablo Dish notes that Rockridge’s Iranian-Italian mashup I Squared (5403 College Ave.) has reopened as Homespun Fare, under the same ownership. It sounds like the focus has shifted toward American comfort food, though the only menu I was able to find online (via OpenTable) still has a few Middle Eastern touches — braised saffron lamb shank, cabbage wraps, and such. Meanwhile, Berkeleyside reports that Jimmy Bean’s (1290 6th St., Berkeley) has a new owner, Lodo Raden, who has renamed the restaurant Lama Beans. The menu hasn’t changed much for the time being.

3) Berkeleyside Nosh has the scoop on Lemat Ethiopian (3212 Adeline St.), a new Ethiopian spot in South Berkeley. The restaurant is not expected to open until next summer, but when it does, diners will have all-you-can-eat vegan dishes to look forward to on Wednesdays and Fridays. 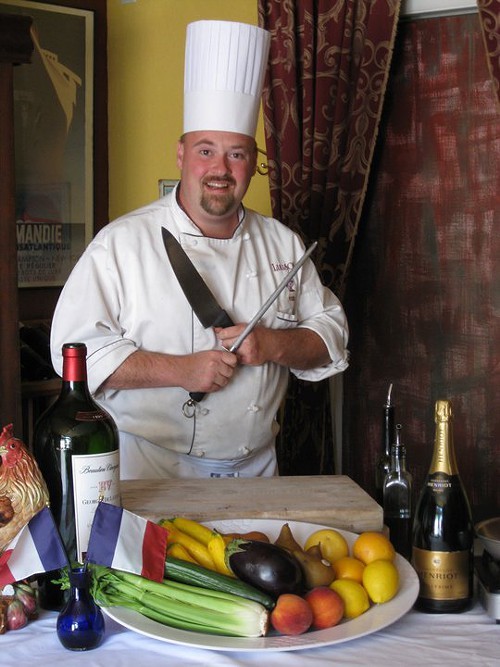 4) Diablo Dish reports that Todd Kniess, chef-owner of Berkeley’s Bistro Liaison (1849 Shattuck Ave.), is opening a more casual and inexpensive cafe next door called Petit Cochon. Casual bistro classics like a croque monsieur or tarte flambée will be priced at less than $10, in an effort to appeal to budget-conscious Cal students. Kniess is aiming to open the new spot in mid-October.

5) Inside Scoop reports that the folks behind the San Francisco speakeasy Bourbon & Branch are opening a new, ampersanded cocktail bar in Berkeley called Tupper & Reed, located in the former Beckett’s/Bec’s Bistro space (2271 Shattuck Ave.). The name pays homage to the Tupper & Reed music shop that occupied the building from the early 1900s to 2005. Co-owner Brian Sheehy tells Scoop that the goal will be to create “mature environment” — more for parents and professors than Cal students, despite the proximity to campus. Look for a spring 2014 opening.

6) In other booze news, here is the entire, glorious beer list for North Oakland’s softly-opened Hog’s Apothecary (375 40th St.), courtesy of Inside Scoop: 33 drafts, all Californian, covering “the entire spectrum of beer,” plus a selection of higher-end bottles.

8) Meanwhile, Oakland’s Canoe Club supper club — which features the food stylings of State Bird Provisions sous chef Stephen Thorlton — will have host its second event at 4:30 p.m. on Sunday, October 6, at an undisclosed location in downtown Oakland. This time the theme is “Burgers, Beer, and Bands.” Each $35 ticket (available here until the event sells out) buys “a succulent potion of worcestershire-injected artisan butchered bacon/sirloin, sweated shallots, and pickled everything,” two beers, and a live soundtrack for the meal. The Express ran a story about the renegade supper club’s first dinner, which took place in Tilden Park.

9) This week’s odd food-news tidbit comes courtesy of Berkeleyside Nosh, which reports that a new Domino’s Pizza franchise (yes, that Domino’s) will be taking over a former bookstore in South Berkeley, at 3264 Adeline St. The catch? This Domino’s location will be the first in the Bay Area to boast a “Pizza Theater,” where employees will entertain customers by hand-tossing pizza dough behind a glass display window. Anyway, apparently this is a thing, and in the past year or so other Domino’s pizza theaters have debuted in select locations everywhere from Austin, Texas to Queensland, Australia. Here’s an ad for the Australian version:

10) ICYMI, this weekend the Eat Real Festival takes off in Oakland. What the Fork has a preview, as well as a look at the offal-themed parallel event — “Offal Wonderful” — which is debuting this year. Finally, don’t miss all the great stories in the Express’s food-themed “Taste” issue this week.