Currently sitting on the governor’s desk is Assembly Bill 647, legislation that would allow craft beer lovers in California to refill their purchased growlers at different breweries. The proposal, which received unanimous support from Republican and Democratic lawmakers last month, establishes labeling guidelines for breweries that want to give customers the option of using growlers from other businesses. Current law says these jugs, which typically hold four pints of beer, can only be reused at the location of purchase.

Good for beer drinkers, breweries, and the environment! 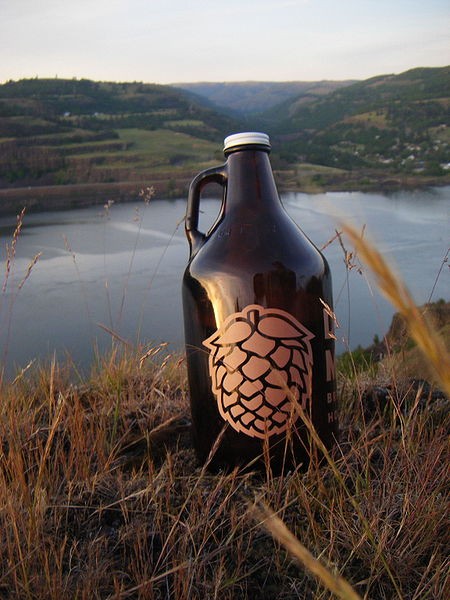 “Consumers would like to reuse their containers, not just at the original brewery but to sample beers from many breweries,” Assemblymember Wesley Chesbro (D — North Coast), the bill’s sponsor, said in a statement. “Growlers have become an increasingly popular way for customers to buy beer from local craft breweries. This change in the law makes sense for consumer freedom of choice and the growth of the microbrew industry. I urge Gov. Brown to sign AB 647.”

The bill says breweries must put new labels on the growlers that cover up all information related to other breweries or beer that was previously in the container. The legislation also establishes a more narrow definition of “beer manufacturer” (to include only folks that actually use facilities or equipment to manufacture beer) and also clarifies the law relating to trade show tasting.

The proposal, unsurprisingly has the endorsement of the California Craft Brewers Association, which notes that the use of growlers has become very popular in local breweries.

In a statement, State Senator Steve Knight (R-Antelope Valley), a principal co-author of the bill, noted that more than half of Americans now live within ten miles of a craft brewer.

“Growlers are a wonderful, economical alternative that allows beer enthusiasts to enjoy their beer without wasting containers that only have a one-time use,” he said.