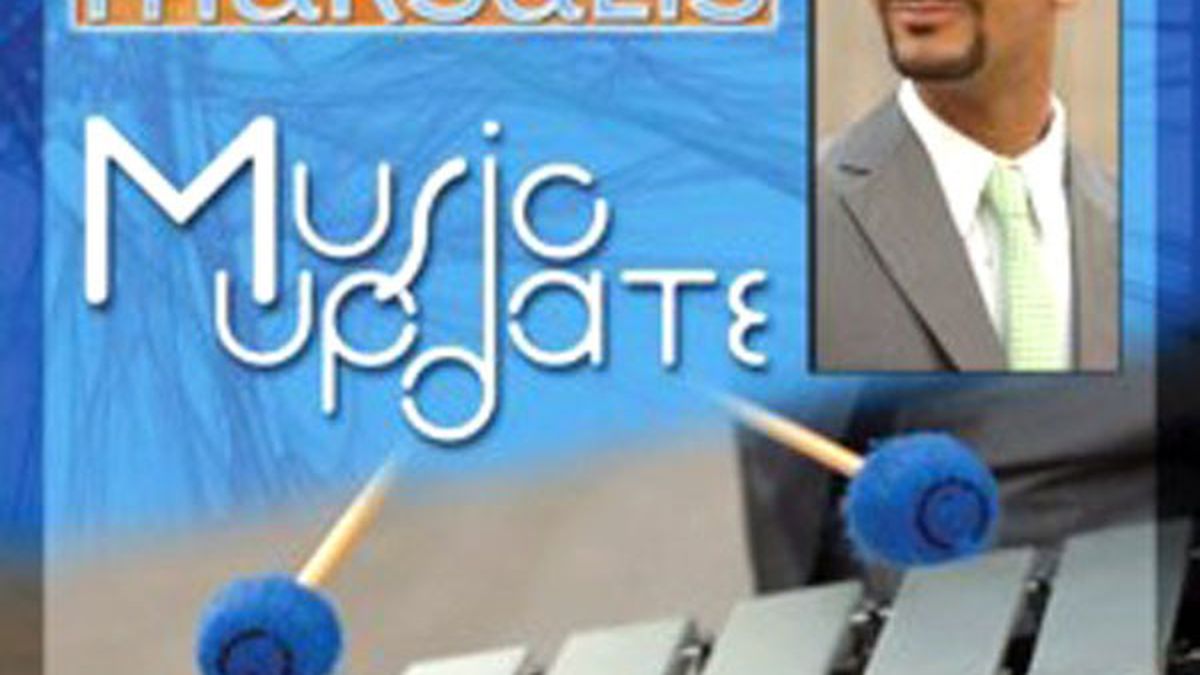 I’ve known people who couldn’t get into jazz because of
less-than-swell encounters with jazz snobs. Trumpeter Wynton Marsalis
is the de facto king of American jazz snobbery, yet ironically his
younger brother Jason helmed Music Update, a jazz album that’s
both creative and accessible. On vibraphone (a cousin to the
xylophone and marimba), Jason has a light, crystalline tone and he
never uses a deluge of notes when a precious few well-placed ones will
do nicely. (In this manner he’s reminiscent of the legendary Bay Area
Latin jazz vibist Cal Tjader — minus the Latin orientation, that
is.)

Update is thirteen tracks, all but three Jason Marsalis’ own
compositions, all models of succinctness, invention, wit, and swing.
“Ballet Class” has a giddy, mock-elegant melody that’s mad-catchy as a
jingle. The tender, spacious, pensive ballad “Characters” will have you
watching a film noir mystery with your mind’s-eye. The laconic, bluesy
“Western Ranch Vacation” slyly echoes the standard “Sweet Georgia
Brown.” Throughout Update there are tracks wherein Marsalis
plays drums unaccompanied, interludes displaying the unique breadth and
distinctiveness of New Orleans cadences. Unlike many drum solo
displays, these magnetic gems crackle with (true) rhythms and are very
nearly melodic. On some jazz albums the focal point is the leader;
here, Jason Marsalis — backed by a combo of piano, acoustic bass,
and drums, no “special guests” — lets the music itself take
center stage.

Music Update (too bad about that Mr. Science-type
cover art) is indeed a rarity, recommendable to both jazz fans
and novices. (Elm Records)