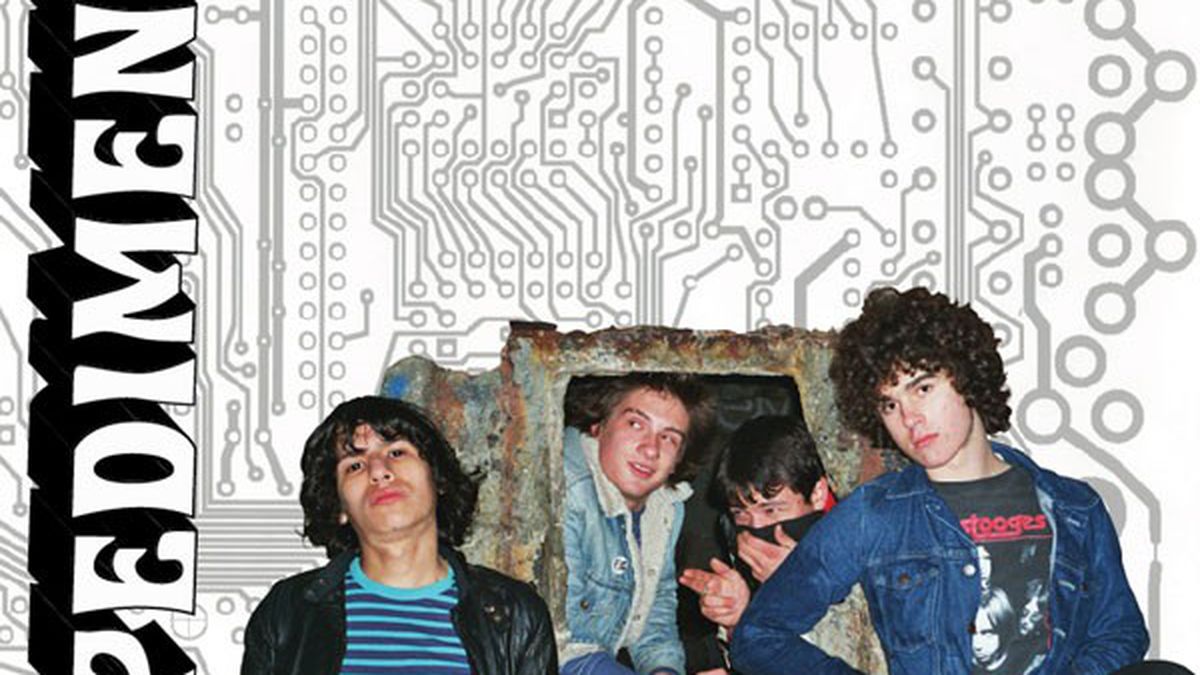 Jeez, what year is this? I know this’ll make me sound old, but some
of this debut platter by Oakland’s Impediments sounds like one of those
late glitter-era/proto-punk platters (e.g., New York Dolls, Dictators)
while the rest of it sounds like the class of 1977 (not that it’s a bad
thing per se). Even the brittle, no-frills-with-a-hint-of-echo
production is a ringer for that of the maiden voyages of the Dead Boys
and the Heartbreakers (the Johnny Thunders combo, gang) along with the
lesser-known bashers the Zeros and 999.

The vocals of Nick Allen and Ray Seraphin ooze adolescent impatience
and snotty impertinence, the tempos range from fast to faster (though
certainly not hardcore), lyrics are knee-high nihilism with a
nudge-wink, and their melodies have the same sweet-and-sour melancholy
as the earliest songs by the Ramones and the Jam. The terse, rowdy
guitar solos end almost as quickly as you’ve realized they’d begun, as
grinding-slamming chords are the order of the day.

Originality? Not really, but these lads’ve got enough spunk and
style to rock their contemporaries and give grads of the 1976-’79 punk
epoch pangs of beer-scented nostalgia. These young dudes carry the news
and they mean it, maan. (Happy Parts)