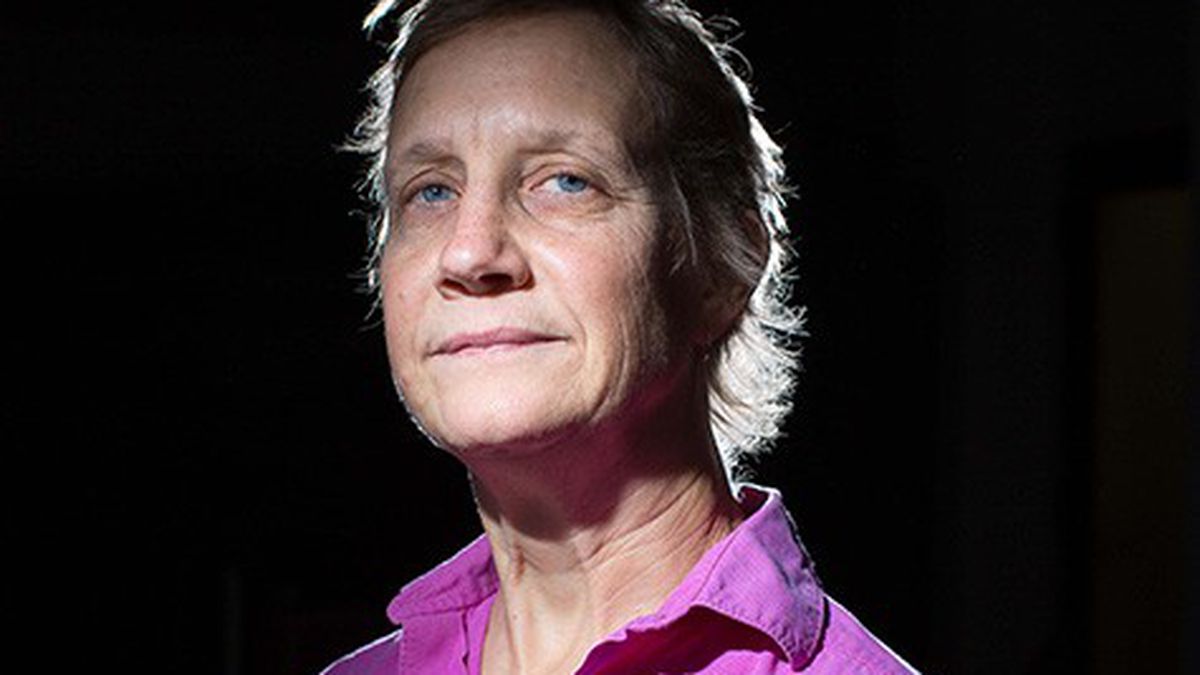 Hazardous Pesticide Use Increases in California

The agricultural use of chlorpyrifos, a toxic insecticide linked to health problems, has increased — and activists say the state has done little to limit the risks.

In 1999 and 2000, UC Berkeley researchers interested in studying the impacts of pesticide exposures on children’s health recruited six hundred pregnant women living in the Salinas Valley, two hours south of Oakland. Most of the mothers were low-income, Mexican-born women who worked on farms or lived with farmworkers. Over the next decade, the scientists with the university’s Center for Environmental Research and Children’s Health regularly assessed the children, publishing groundbreaking research in the process.

The researchers found that pregnant women’s exposure to organophosphate pesticides — toxic insecticides that are widely used by farmers to manage pests — was associated with lower IQ and poorer cognitive functioning in children, increased risk of attention problems, poorer neonatal reflexes, and shorter pregnancy durations. These studies over the years have contributed to a growing body of research across the country suggesting that this class of pesticides poses serious health risks for kids living in communities in which the chemicals are prevalent.

But despite an abundance of evidence of the potential health hazards, California has done little to curb the use of these pesticides, according to environmental activists. In fact, data released this month by the California Department of Pesticide Regulation (DPR) shows that there has been an increase in the use of chlorpyrifos — one of the most commonly applied organophosphate pesticides in the country and one that scientists have increasingly found to be dangerous to humans.

Chlorpyrifos — which the US Environmental Protection Agency (EPA) banned for residential use in 2000, due to health concerns — is used on a wide range of local crops, including almonds, walnuts, oranges, and grapes. Its use is most prevalent in the San Joaquin Valley and along the Central Coast, though asparagus and walnut growers in Contra Costa County also rely on the insecticide. Dow AgroSciences, the Indiana-based chemical corporation, manufactures chlorpyrifos under the trade name Lorsban.

The newly released DPR report, which details statewide pesticide trends for 2013 (the most recent year for which there is data), revealed that farmers applied 1.5 million pounds of chlorpyrifos in 2013 — a roughly 32 percent increase from the 1.1 million pounds reported in 2012. In 2013, growers treated 1.3 million acres with chlorpyrifos — an increase from 1.1 million acres the previous year. According to the state’s report, the expanded use of chlorpyrifos was largely due to high populations of two specific pests — leaf-footed bugs and navel orangeworms — that affected the state’s almond crops.

This recent increase in chlorpyrifos use follows a decade of annual declines, with growers applying a total of 2 million pounds in 2005. Activists said that the 2013 jump clearly highlights the shortfalls of state regulations, especially considering that officials have known for years about the serious health risks associated with chlorpyrifos.

“We have piles and piles of academic research showing how horrible this chemical is,” said Miriam Rotkin-Ellman, a San Francisco-based senior scientist with the Natural Resources Defense Council, a nonprofit that has called for a ban of chlorpyrifos and last year sued the EPA for failing to restrict the pesticide. “Seeing an uptick is really alarming, and my heart goes out to the communities that live and face this chemical on a daily basis around their homes and near their schools.”

Concerns about chlorpyrifos have grown in recent years in response to a number of academic studies and government reports on the pesticide’s use and impact on people. Chlorpyrifos is a neurotoxic insecticide, which means it kills harmful pests by attacking their nervous systems. But the chemical can also have damaging effects on humans’ nervous systems — and at high doses of exposure can cause nausea, dizziness, and confusion, according to the EPA.

Research papers from UC Berkeley and UC Davis have also raised numerous alarms about potential long-term health risks associated with low-dose exposures to chlorpyrifos — especially for children, who are more susceptible to the pesticide’s negative effects. In 2011, as part of its ongoing Salinas Valley study, UC Berkeley researchers published an Environmental Health Perspectives paper arguing that prenatal exposure to organophosphate pesticides — the broader category of chemicals that includes chlorpyrifos — correlates to lower intelligence scores at age seven. Greater pesticide exposures detected during pregnancy corresponded to lower IQ scores, the study found. The children who faced the highest exposure levels in the study scored seven points lower than those who had the lowest exposures.

Last year, UC Davis also published a study linking maternal exposure to pesticides with autism in children — particularly for chlorpyrifos exposure during the second trimester. That study collected data from 970 women living throughout the state.

These kinds of findings aren’t limited to California. In 2011, Columbia University published a study of 265 New York City children exposed to chlorpyrifos prior to the EPA’s residential ban, finding that higher exposures — measured via the babies’ umbilical cord blood — were associated with decreased cognitive functioning.

“The data is absolutely compelling and overwhelming,” said Margaret Reeves, senior scientist with the Oakland-based Pesticide Action Network, which is also a plaintiff in the lawsuit against the EPA over chlorpyrifos. “People should be very concerned, both in terms of the impacts on the food they eat and the impacts on the people who harvest those foods and live in those communities.”

Last year, the California Department of Public Health also released data showing that chlorpyrifos was the eighth most commonly used pesticide near public schools — with nearly 10,000 pounds applied in close proximity to school sites, according to Reeves’ analysis. Additionally, the EPA’s 2014 human health risk assessment of chlorpyrifos — a review that advocates have argued ignores a number of serious hazards — found that there are ongoing risks to workers who mix and apply chlorpyrifos. The EPA said there are also hazards associated with drinking water in areas where the pesticide is used in large amounts in small watersheds.

In its release this month of the 2013 data, DPR officials emphasized that the state has since adopted new restrictions on chlorpyrifos. But activists argued that the regulations — which are scheduled to go into effect in July — will do little to protect people from health risks. The state has designated chlorpyrifos a “restricted material,” which means that county agricultural commissioners will be required to review proposals for uses of this pesticide and issue permits.

But the new regulation fails to establish any required restrictions or formal recommendations for commissioners to consider when reviewing applications. In other words, activists argued, local officials can approve the same kinds of hazardous uses that have plagued California for years — a likely outcome given that commissioners are motivated to promote agriculture in their region.

“There aren’t any restrictions on proximity to vulnerable populations,” said Paul Towers, organizing and media director for Pesticide Action Network, of the new regulations.

In lengthy interviews and emails, officials with Dow AgroSciences and DPR defended the ongoing use of chlorpyrifos and argued that the state’s regulations have been effective. Charlotte Fadipe, spokesperson for DPR, contended that chlorpyrifos’ “restricted” designation would lead to a decrease in the use of this pesticide by giving counties a tool to limit uses — for example, by blocking requests to use the pesticide near schools or creeks. “It will definitely curtail the widespread use of chlorpyrifos,” she said in an interview.

Fadipe said DPR is also currently exploring additional state-recommended restrictions for specific counties to consider based on best management practices. She also noted in an email that DPR’s scientists, from 2011 to 2014, monitored chlorpyrifos levels in the air in three agricultural communities and concluded that the pesticide “is unlikely to cause an adverse health effect to humans.”

DPR also recently launched a partnership with UC Davis to establish practices growers can use to reduce the use and impact of chlorpyrifos, Fadipe noted.

Garry Hamlin, an Indiana-based spokesperson for Dow, sent me lengthy rebuttals to the studies from UC and Columbia University, arguing that the results were inconsistent and the methodologies were flawed. And he argued that when growers follow the pesticide label’s instructions and adhere to local and federal regulations, the product is safe. The scrutiny by regulators is rigorous, he added in an interview: “These compounds are registered by the EPA and are under continuous review. … All this study data I hear cited by pesticide opponent groups is continuously under evaluation.”

Hamlin further contended that continued use of chlorpyrifos is critical for California farmers. “Chlorpyrifos controls such a wide range of crop pests. It’s typically of significant value to growers.” He and Fadipe also both said in interviews that advocates’ call for a ban on chlorpyrifos was unrealistic.

But environmental groups have long argued that the phase-out and eventual ban of harmful pesticides like chlorpyrifos is possible if officials work to help growers switch to alternative, sustainable practices. In “integrated pest management” programs, for example, farmers use chemicals only as a last resort and instead rely on rotating crops and other methods to control pests. “We need to see widespread implementation of systemic approaches to reducing all pesticides,” Reeves said.