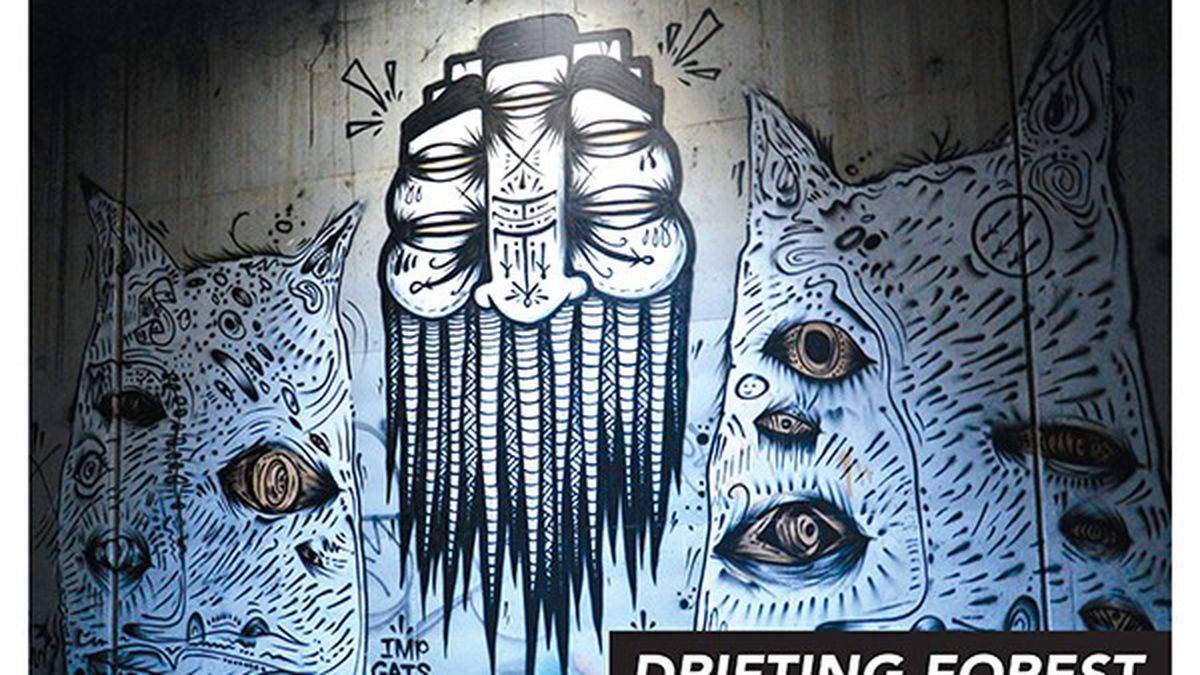 Readers sound off on traffic fines, standardized tests, and anarchists.

“The High Cost of Driving While Poor,” Feature, 5/6

It’s About the Ability to Pay

Fines should be income-based, so poor people are not disproportionately hit — and so rich a-holes don’t flaunt the law because the fines are inconsequential to them. Finland just gave one of the latter a $58,000 speeding ticket (not his first either!).

The Money Is Going to Out-of-State Companies

The red-light cameras need to be removed. They do not improve safety, and much of the fine money — and that’s $500, minimum, for the camera that snapped my picture at 27th Street and Northgate Avenue — goes to an out-of-state private company. Most of the citations are for drivers not coming to a complete stop before making a right turn. It’s an extremely minor infraction that shouldn’t even warrant a $100 fine, much less payments of $1,000 and up.

Great article and data. First off, the justice system should have no place for people like Commissioner Taylor Culver, who is arrogant and has a personal agenda. He still serves the state, not his own kingdom. I am sure that they could hire someone far more reasonable and professional. The question is if they want that. It’s so annoying to see angry people in powerful positions like that who seek to intimidate. It’s not like these average people with citations are high-profile criminals. Culver seems to miss that piece of information.

Secondly, I am skeptical as to whether people here rely really need cars as a means of transportation to get to work, but I completely agree with the stance that fines as steep as the traffic citation add-on fees are absolutely no good. It doesn’t make sense to try to go after someone with no money to begin with. That’s not how you help someone to get out of poverty or correct his or her behavior. What’s really a big problem is that government doesn’t realize that there is an underclass composed of poor Blacks who need a lift in reasonable ways. Apparently, government just doesn’t get that yet. It would make all the sense in the world to finally stop punishing poor people and help them up instead of putting them down. What a messy place this is!

Opt Out of These Tests!

I am a member of BATS (Badass Teachers) and we are very opposed to this new strand of testing. Teachers and administrators agree that testing is a necessary part of education.

This test, however, is brought to us by the disorganized Common Core program and is closely associated with Pearson Press. Many people on the outside of education do not know the phenomenal costs associated with testing. School districts pay for the tests, for the evaluation of the tests, and for the results. The Common Core is a new curriculum (to those who have been teaching for less than ten years). Those of us who have a longer professional life will recognize this as “Thinking Meaning Centered Curriculum, or TMCC.”

If you have held a position in any corporation for a long time — say fifteen years — and the standards you are held to are changed with one year, are you expected to perform with full force and excellence in that first year?

I strongly urge parents to opt out of this test. Give your students an opportunity to learn the new system of teaching, to develop the necessary skill set needed to be successful on these tests. Otherwise it is just business as usual with the test vendors making a lot of profit, and teachers struggling with students to figure out how to teach well and satisfy the outside demands.

Just Say No to Tests and to Federal Money

I told this to the Governor Jerry Brown straight to his face when I taught at his Oakland Military Institute charter school: “Why don’t we tell the federal government to go pound sand and take all the federal money out of California schools and simply fund schools at the level for which California citizens have the political and economic will?”

He responded, “Do you know how many people are employed managing federal funds?”

I told him I didn’t care. They could all return to teaching, and have nothing to do with testing or assessments. It’s about money and contracting.

Government Transparency Is a Joke

Ever since President Obama allowed federal agencies to essentially ignore the Freedom of Information Act, local governments have taken the cue. It is taking me months to squeeze public records (quality control audits) out of the California Department of Public Health’s cancer registry. The department and the UC Davis Health System are in flagrant violation of the California Public Records Act, but short of a lawsuit, they are at liberty to do what they want.

I requested and got the email trail relevant to my request and it reveals a bureaucratic conspiracy to find a reason to deny me the records. As for the federal agencies, it usually takes years (if ever) to get them to comply with FOIA. Part of the strategy is to hire dimwits to eternally “process” the requests, coupled with illegal “policies” that allow records to be redacted if a corporation does not want the inherently public information to be revealed.

Police Need to Crack Down on the Vandals

The so-called “anarchists” are, in reality, sociopaths. It is vandalism for the sheer thrill of committing violence, not dissimilar to skinheads and soccer hooligans. The failure here is a failure of governance. The mayor and city council are abdicating their responsibility to protect our city. The police need clear direction and, yes, support. San Francisco Chronicle columnist Chip Johnson is more correct than not in his recommendations.

You Underestimated the Police Killings

The best analyses of police killings and data records in the US (e.g., FiveThirtyEight’s analyses and the KilledByPolice database) suggest that more than 1,000 — not 500 to 1,000 — people are killed by the police each year. And there are some statistical analyses that suggest that even this number is off — that it’s 25 percent too low.

The White Vandals Are the Problem

Anyone following Oakland protests over the years is quite familiar with the differences as pointed out in the article. There are the protesters and there are the anarchists (i.e, vandals). It’s really frustrating to support a movement and a cause but have it hijacked by vandals. The Black Lives Matter, Black Out Coalition, and Black Brunch protests have all been generally peaceful (except for a walk or two on the freeway). Juxtapose this with fact that the night an undercover officer pulled his gun on the crowd, more than 90 percent of the crowd was white. Those who attend protests or follow them are quite familiar with these differences.

Other protests not mentioned here are the groups calling for a $15 an hour minimum wage and a union. These are mostly fast-food workers, but more groups are joining in. I’ve seen on more than one occasion where marchers have completely taken over fast-food businesses being every bit as rowdy and obnoxious as those at city council this week. In each of the fast-food actions, the police were present but acted just as they did with the council — they kept a close eye on everything but as long as no one was being hurt and nothing was being broken, the police did not interfere. To me, this is a smart tactic and has been quite successful in keeping things peaceful.

Shaming Is Not the Answer

I’m not really a prude, I don’t object to women breastfeeding in public, and Meghan Lewis certainly raises some salient points about our society as being uptight about breasts appearing in public. I’m also certainly not opposed to folks raising awareness about the peculiarities of our culture that still frowns upon it so.

Still, women have the right to privacy when breastfeeding and I don’t think it’s necessarily the right thing to do (nor am I saying I think she suggested it) to somehow shame women into being more proud of their bodies in this context if they aren’t ready. So sure, let’s promote a culture that is less concerned about body shame and more pride in how we look. And if Jane Doe wants to hide her breasts from public view while breastfeeding, I certainly won’t walk up to her and tell her to stand tall and bare that breast for all to see.

I recall a time in a grocery store when I saw a fairly big boned woman in a very loose sundress with a child riding her hip, suckling on her large, flopping and exposed breast, as she virtually stalked down the aisle, seemingly daring anyone to confront her about her, to me, brazen PDB (public display of boob). One voice in my head applauded her courage, but another voice thought “this woman doesn’t care who she might offend. She’s incredibly rude.”

We have bathrooms and stalls with doors and privacy for reasons — men and women generally prefer to not have their private bodily functions available for YouTube. Exposed breasts are simply another case of our society’s lasting preference for privacy, and I have no problem with breasts covered by hooter hangers any more than a preference to see toilets in public parks without walls.

“Developer’s Campaign Contributions May Have Been Illegal,” News, 4/29

I Demand a Correction

I urgently request that you correct an important error in your reporting on Michael Johnson and UrbanCore. I never made any contributions to any local campaigns while I was associated with UrbanCore.

Please post the correction as soon as practical. Thank you.

On June 20, 2013, when you contributed $700 to Bryan Parker’s mayoral campaign committee, you identified yourself as the “Chief Strategy Officer” for UrbanCore. This record is maintained in the City of Oakland’s campaign contribution database, which I relied on to identify the contribution, and your employer. If you feel that city officials made an error in its campaign finance disclosure database, I suggest you contact them.

I emailed Mayor Libby Schaaf about this, but I didn’t get a reply. I’m not sure that the current administration is terribly different than the last few. She holds public meetings to put on an appearance of responding to regular citizens, but in the end only seems to care about the powerful and well-connected.

And getting that tower built without insisting the developer do something for people who can’t afford high rents is clearly something that only benefits the developer. Why do we keep electing the same mediocre officials? We can and must rally our neighbors to vote better.

I read with interest your “Sustainable Living Issue.” While you covered water usage, cafes, urban gardens, waste, and encapsulating ourselves in tiny boxes, I must point out that you missed the bigger picture of sustainability that needs to be mentioned. It is a simple fact that the environmental problems we perceive (such as energy, food and water shortages, waste, land use, and global climate disruption) are rooted in global human population. With more than 7 billion people on the planet, we are having trouble managing our finite resources, and as we exponentially reproduce, our troubles will only grow. While it does no harm to review the basics, it is time to start talking about something new.

Consider only having two children with your partner: one to replace each of you.