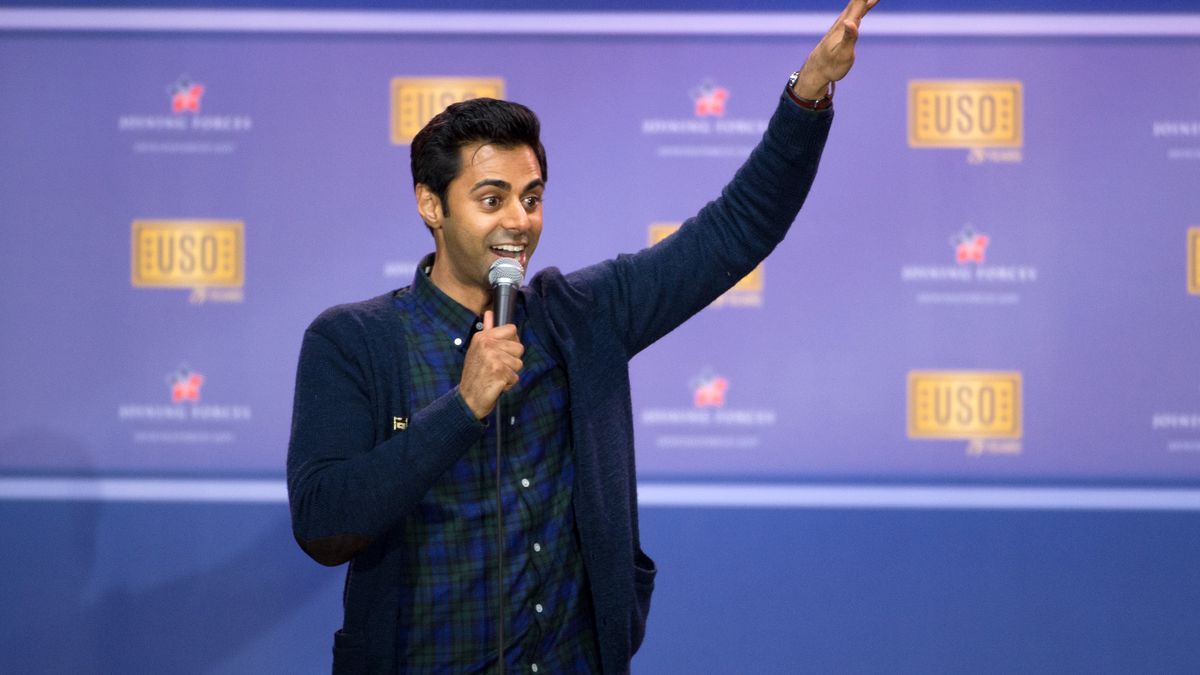 Everyone has heard of Jerry Seinfeld. Everyone has heard of Kevin Hart, Ice Cube, and Sarah Silverman. But this weekend’s Colossal Clusterfest also has, well, a colossal undercard lineup, packed with lesser-known but no less awesome comedians, podcast hosts, and musicians. Here’s a quick guide to some can’t-miss acts to check out while you’re waiting to hear what the deal is with whatever Seinfeld wants to talk about.

[embed-1]
How Did This Get Made?
Saturday at 2:30 p.m. and 6:15 p.m.
In an increasingly crowded “bad movie podcast” marketplace, How Did This Get Made stands head and shoulders above the rest, owing in no small part to the hilarious interplay between hosts Paul Scheer, (The League, Veep, Human Giant), June Diane Raphael (Grace & Frankie, Burning Love), and Jason Mantzoukas (The League, The Dictator, Sleeping with Other People).
After nearly six years roasting the most insane movies ever made with a wide array of guests (many of which are performing at Colossal Fest), the podcast boasts a rich history of in-jokes and references but remains accessible to newcomers. Suggested: Episode 60: Street Fighter; Episode 130: Teen Witch.

James Adomian
Sunday, 5:30 p.m., Bill Graham Stage
James Adomian uses his incredible skills as an impressionist to supplement his hilarious, pop-cultural humor. You may have already heard his work on podcasts such as Comedy Bang! Bang!, Chapo Trap House or Sklarbro Country, performing his gut-busting imitations of figures varying from conspiracy-theory enthusiast Jesse Ventura to Trump Foreign Policy Aide Sebastian Gorka. The best, though, is his pitch-perfect mimicry of Bernie Sanders (“We are winning among people who shop at Whole Foods, yet feel bad about shopping at Whole Foods!”) during last years “Trump v. Sanders” comedy debates alongside Trump impersonator Anthony Atamanuik (The President Show), which bring me to my next pick:

Anthony Atamanuik’s The President Show
Saturday, 2:30 p.m., Piazza Del Cluster Stage
Remember that viral video of the young girl telling Trump to his face that he’s “a disgrace to the world”? Unbeknownst to her, she was talking to Anthony Atamanuik, in character as the host of Comedy Central’s The President Show. While Alec Baldwin’s toothless Saturday Night Live impression of Donald Trump earns rave reviews for hilarious insights like “He wants to kiss Sean Spicer,” Atamanuik pulls no punches when savagely exploring the bottomless pit of toxic ego currently inhabiting the Oval Office. It’s really quite cathartic!
You can even watch Donald Trump (Anthony Atamanuik) and Bernie Sanders (James Adomian) go head-to-head in a “debate”:

[embed-2]
Hasan Minhaj
Sunday, 5:30 p.m., Bill Graham Stage
A Daily Show correspondent since 2014, Hasan Minhaj was vaulted into the national spotlight after a memorable performance at the 2017 White House Correspondents’ Dinner, where he lived out one of my greatest fantasies by calling Donald Trump a “liar” on national television. His recent Netflix special Homecoming King focuses on his upbringing as an immigrant from India adjusting to American life in Davis, California (NorCal pride!), where the special was filmed.

Escort
Saturday, 3:30 p.m., Colossal Stage
If the amount of dust gathering on your rhinestone-studded denim jacket is a source of deep existential frustration to you, then make sure to boogie on over to the Colossal stage when New York disco group ESCORT appear on Saturday afternoon. Reflecting the decadent, lush disco productions of the Seventies through the lens of contemporary dance music, even the walls will be sweating when they kick out the jams.

Alameda Poised to Become Next California County to Ban Fracking