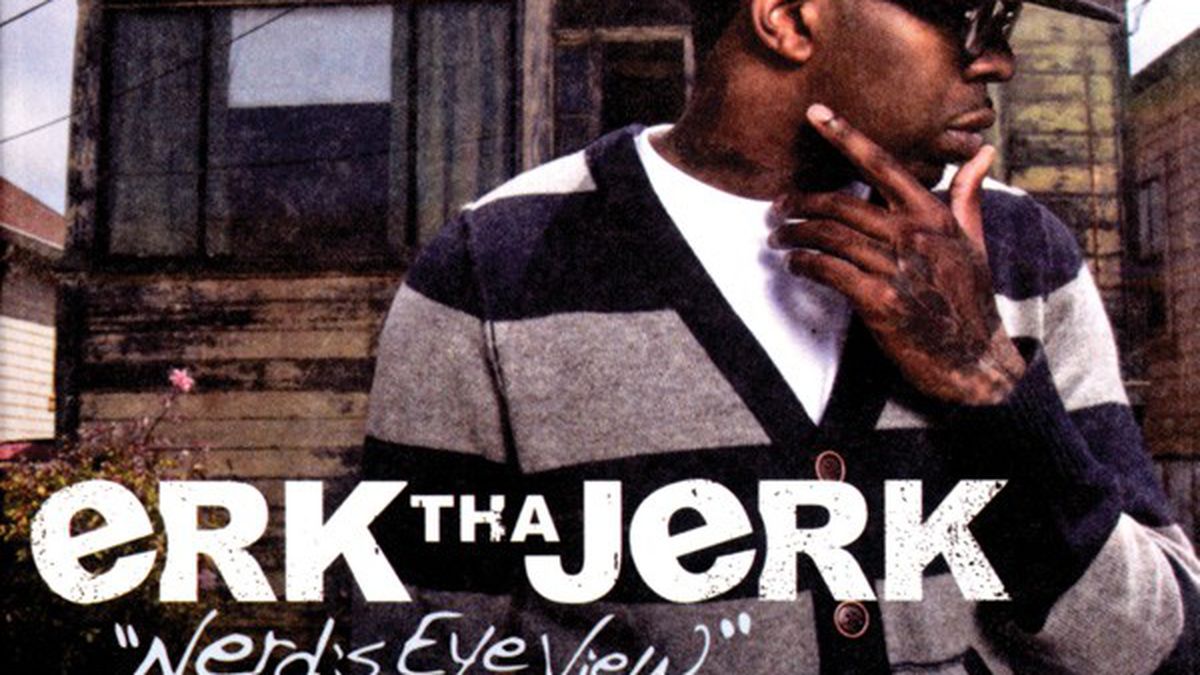 Erk Tha Jerk is a West Coast Kid Cudi without the liquid cocaine problem. Born and raised in Richmond, the emcee rose to fame this year with his explicit slow-jam single “Right Here,” which found a spot on the Bay Area’s 106 KMEL, and broke onto Billboard Magazine‘s Hot 100. With help from producers Traxamillion, Bedrock, and The Invasion, there’s plenty more ballin’ on his solo debut LP Nerd’s Eye View, but it’s when Erk gets ambivalent or lost that the record really escalates. He splits the difference between emcee and struggling dad, rapping about divorce and self-doubt as much as carnal delights on the mall escalator.

“I just tried to zone out and capture moments. I didn’t want to make ‘party’ music or ‘goon’ music. I wanted to capture what I felt at the specific moment in time,” Erk said in a recent interview. “Long nights, weed, and honesty is my formula.” Listeners can hear it on “Favorite Song,” one of several tracks produced by Erk himself. Like many of his own productions, it’s pensive and heavy on emotional, orchestral samples. He’s not afraid to undercut his own braggadocio. I think I smoke too much/I say that all the time, he discloses. Guest rapper DB adds his own two cents: Smoking good/doing me/who is we really foolin though? On “Summer,” Erk asserts that all he needs is himself, his laptop, a keyboard, and his depression. He digs into the dirty details on divorce rap “How Do You Love Me,” the circumstances of which might be related to sex raps like “Wetter.”

Nerd’s Eye View shows off a talented, ambivalent artist on the verge of either blowing up or quitting altogether, and struggling to survive either scenario. (SMC Recordings/Red Planet Music Group)

One Less Cheap Thrill as the Parkway Closes