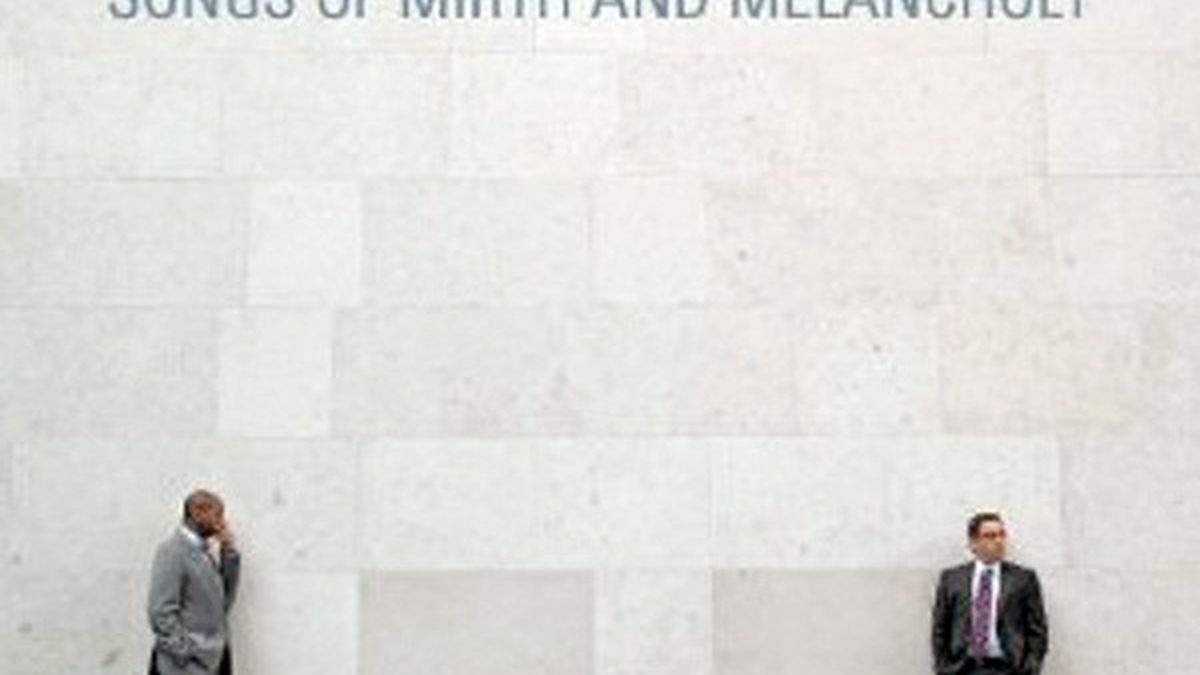 Songs of Mirth and Melancholy

Apparently, the Marsalis-Calderazzo collaboration came about by happenstance — sort of. Calderazzo was already the pianist for Marsalis’ working quartet, and the two decided to perform as a duo at the 2009 Newport Jazz Festival. Sax and piano make an unorthodox combination for sure, but in this case the results were stunning. Marsalis — nevermind his pedigree — is such a natural that he can swing without the “trappings” of a traditional rhythm section (to borrow a phrase from San Francisco vocalist Lorin Benedict, who eschews trappings of any sort). Moreover, he’s not strictly a jazz musician. Many of the songs on this mostly original album (save for covers of Brahms‘ “Die Trauernde” and Wayne Shorter‘s “Face on the Barroom Floor”) sound like baroque or classical music.

That’s particularly true of “The Bard Lachrymose,” a bittersweet hymnal composition on which Marsalis plays soprano sax. It sounds like something out of the 19th century. Calderazzo’s “La Valse Kendall” is a little jazzier, even if the waltz rhythm seems fixed and mannered. Marsalis decides to stretch out on that one, using a series of triplet figures on his solo and dancing around the song’s main theme. But since Songs is actually about shifts in temperament, it also includes some jaunty, happy tunes — like Calderazzo’s stride piano opener, “One Way.” Marsalis’ “Endymion,” about an ancient Greek shepherd, features a lot of romping and frolicking by both soloists (as befits the subject matter). It’s perhaps the best example of these musicians’ rapport — they can move in and out of time without ever losing the form, or each other.

Still, it’s the ballads that really make this album work. “Bard,” “Valse,” “Hope,” “Precious,” and even the Brahms cover are all endlessly expansive, and wonderful. (Marsalis Music)

What a Difference a Day Makes