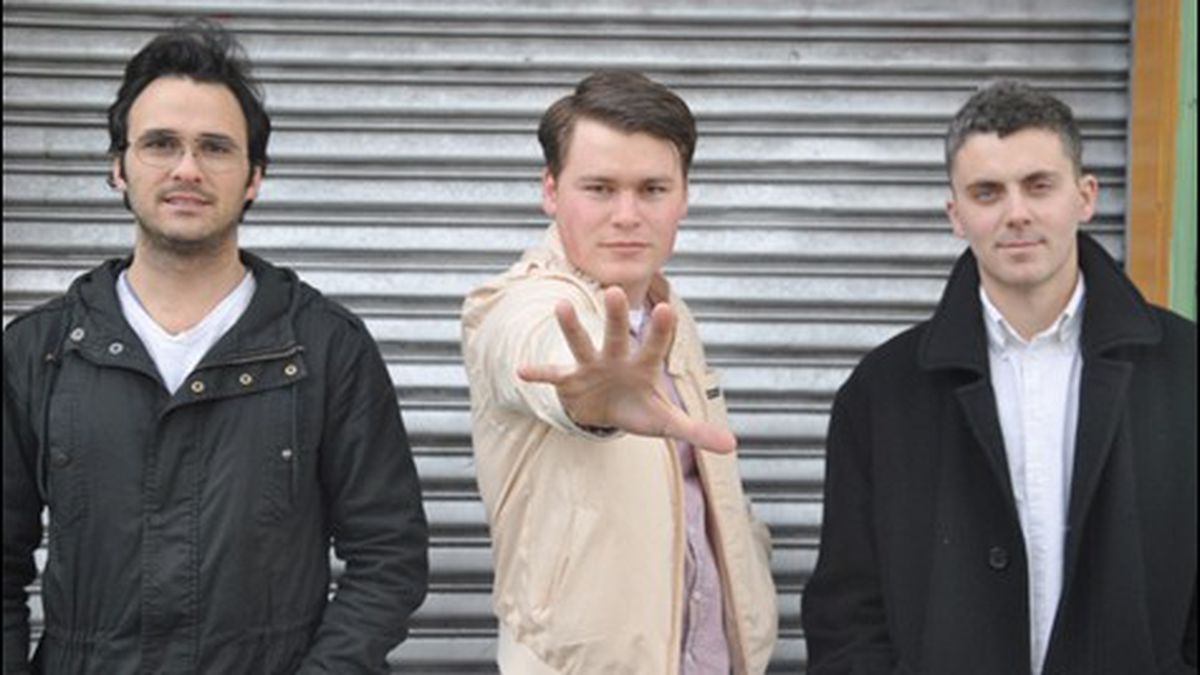 The free-jazz movement flowers in an unlikely location.

If you ask local jazz drummer Sam Ospovat why he chose Bar 355 as the newest outpost for free jazz in Oakland, he’ll point to specific features in the venue’s architecture. “It’s the only place in the Bay Area that’s perfectly set up for jazz music,” Ospovat assured, raising his voice to talk over the din of patrons chattering and glasses clinking on Sunday night at the bar in question. “They have a fucking stage,” he said, gesturing back toward a raised platform at the bar’s south end. “So then you can have the musicians over there. And over here — ” he waved an arm haphazardly at the bar, “the people who don’t give a fuck.”

Such divisions might be the only way to accommodate a scene that, despite its ardent following, has an extremely hard time finding favor in the general population. Jazz jams have never really thrived in the East Bay, even though the area harbors a musician population that might be commensurate (or exceed) the one in San Francisco — especially as the city’s rent prices drive more artists eastward. By many measures the East Bay is a better place for such gatherings, since it’s home to the famous experimental music program at Mills College, as well as a burgeoning warehouse scene. The big hindrances, thus far, are a lack of nightlife infrastructure and a lingering stereotype that jazz is for old people. From a bar owner’s perspective, it’s also for people who don’t drink. But Ospovat and his cohorts might be able to change that.

At 10 p.m. the drummer was holding court over a crowd that could have easily been transplanted from any other bar in Oakland. Rock singer and sometime Express contributor Ryan Christopher Parks sat nursing a whiskey at the bar. A girl with long blond hair and a sleeve tattoo flirted gregariously with her date, who was slouched over in a pose of near-genuflection. Patrons glanced furtively at their reflections in the bar’s vintage mirrors. Ospovat was wearing a gray V-neck T-shirt and jeans, his hair swept in the shape of a 1950s pompadour. Having just finished a set with his avant trio, Anteater, he was about to facilitate a jam session that, he hoped, would devolve into free-flowing noise. He had all the zeal of a person organizing a coronation ceremony.

Within a few minutes Ospovat had amassed enough people to start the music again. The makeshift five-person band featured Jon Arkin on drums, Eric Vogler on guitar, Kim Cass on bass, Theo Padouvas on trumpet, and Jacob Zimmerman on saxophone. They started off with the standard “Background Music,” which paired a melody written by bebop pianist Lennie Tristano with the chord changes for “All of Me.” Ospovat craned his neck toward the stage. As more people filed in with their instrument case, the band launched into another relatively obscure standard, “Let’s Cool One,” by Thelonious Monk. The sleeve-tattoo girl managed to pull her practically comatose date onto the dance floor, and they did an awkward two-step.

Ask Ospovat his reasons for starting an improvised jam session, and he’ll give you the same reasons as many of the older, grizzled, free-jazz enthusiasts whose attempts to revive a “movement” never quite took off in the East Bay: that musicians get tired of just ploughing through chord changes, that John Coltrane would have banged his head against a wall had he spent his entire career playing “My Favorite Things.” Saxophonist Ike Levin said as much when he tried to resuscitate the scene at 21 Grand arts space back in 2007, alongside two equally grizzled titans — trumpeter Eddie Gale and multi-reed instrumentalist Oluyemi Thomas. The three put forth a valiant effort but eventually had to reconcile with the fact that they’d all reached the autumn of middle age. So, too, had free jazz.

But now, the opposite is true. Maybe it’s the new influx of Mills grads acquiring their own warehouse spaces, or the precipitous rise of groups like tUnE-yArDs and Mwahaha, which have strong ties to avant-garde music. Perhaps the scene just needed a younger apostle, and 33-year-old Ospovat, who is potty-mouthed, handsome, fashionably unkempt, and involved in no fewer than eight bands, fits the role perfectly. He reviles order and compositional structure as much as Levin, but manages not to sound like an old codger. “I mean, the whole scene in the East Bay now is — everybody does free and plays tunes,” he said, happily noting that the old delineations between straight-ahead musicians and squeaky-squawky free-jazz people are starting to dissolve. A recent West Oakland warehouse show placed experimental jazz bassist Trevor Dunn on the same bill as indie garage band Silian Rail. Once again, it’s hip to be free.

At Bar 355 Ospovat and company gradually warmed the crowd up before launching into full-fledged sound-for-sound’s sake. By the third tune, though, they were ready. An old tenor saxophonist named Jim Ryan took the stage wearing big sunglasses, alongside alto player Rent Romus and his wife, trumpeter CJ Borosque. Jordan Glenn sat at the drums. The musicians huddled conspiratorially, then started together on the downbeat, horns zigzagging between each other as though locked in gladiatorial combat. Arkin watched from afar and smiled. “I like how it’s the old people who go up there and play crazy,” he marveled. Vogler pulled a set of earplugs out of his pocket.

The fact that Bar 355 owners Travis Dutton and Patrick Lynch took a chance on Ospovat’s free-jazz session provides some indication of the genre’s viability. Usually the bar hosts indie music on Sundays, Dutton said, but it’s a mellow-enough night to warrant trying something new. And he was easily swayed by Ospovat’s elevator pitch. “He came into the bar a couple times and started talking it up,” Dutton said, adding that Ospovat clinched the deal by presenting his session as real jazz with real musicians — an argument Dutton found adequately persuasive.

In fact, Bar 355 has tried jazz before, booking an old-timey band that only played music from the Twenties and Thirties. For a downtown venue that’s oft characterized as “hipster,” that was kind of an anomaly. And Dutton admits he got a kick out of having old musicians play for a young crowd. “One of the guys in the band was 85 years old,” the bar owner said. “He wouldn’t leave the stage between sets. He’d just sit there and eat a sandwich out of a bag.”

Hopefully, this session will fare even better. Ospovat said last night was a test run, but he and Dutton were both pleased with the turnout. (The next free-jazz session will happen on April 22.) It stayed relatively packed throughout the night, as a seemingly indefatigable cast of musicians rotated onstage, alternating standards with spontaneous compositions. Dutton noted, gratefully, that they bucked the conventional wisdom about jazz crowds. These guys actually bought drinks. &#8;

The free-jazz movement flowers in an unlikely venue.