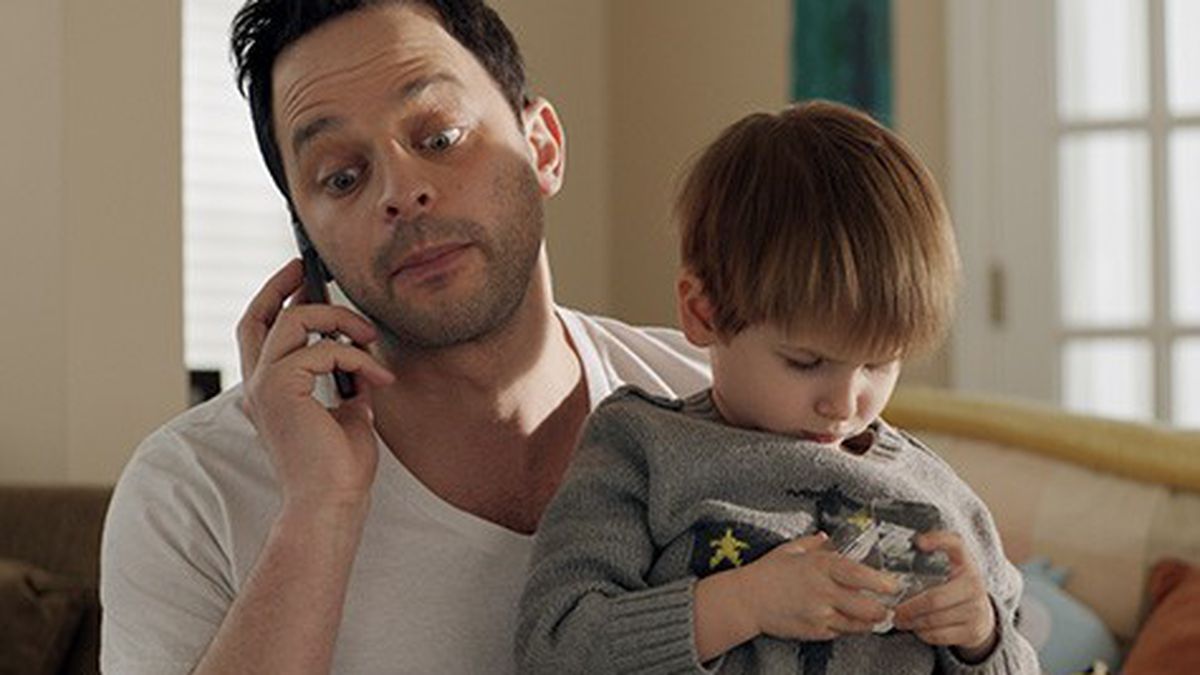 How dull is suburbia? You need to ask?

Kroll carries the ball as Jake, a formerly brash, dismissive tech entrepreneur whose New York City startup has just crashed and burned, leaving him broke and standing on the doorstep of his old family home in suburban New Rochelle, inhabited by his pregnant sister Justine (Rose Byrne), Justine’s husband Danny (Bobby Cannavale), and their toddler. Jake begs for a place to stay, and out of pity (he and Justine are vaguely estranged) they offer to hire him as a live-in “manny” for the little boy. Leading to completely predictable toilet-style jokes alleviated by maudlin sibling fence-mending and sniffles. Kroll’s self-pitying part is exactly the same as Adam Sandler or Ben Stiller would have played ten years ago. It was old then and it’s ancient now.

The character of Jake progresses about one inch. He becomes less selfish and gets over his childhood disappointments. Awww. We keep hoping that Byrne will assert herself and take command of the scenario — written by Jeff Cox and Liz Flahive, from a story by Kroll, directed by frequent Sofia Coppola producer Ross Katz — but that never happens. She does manage to get in a few decent lines, though, such as when fed-up Justine tells Jake: “I can’t hear you mope anymore.” She’s absolutely right. Adult Beginners is so mild it’s actually abrasive.

Friday’s Briefing: Alameda County deputy may have broken the law, but...