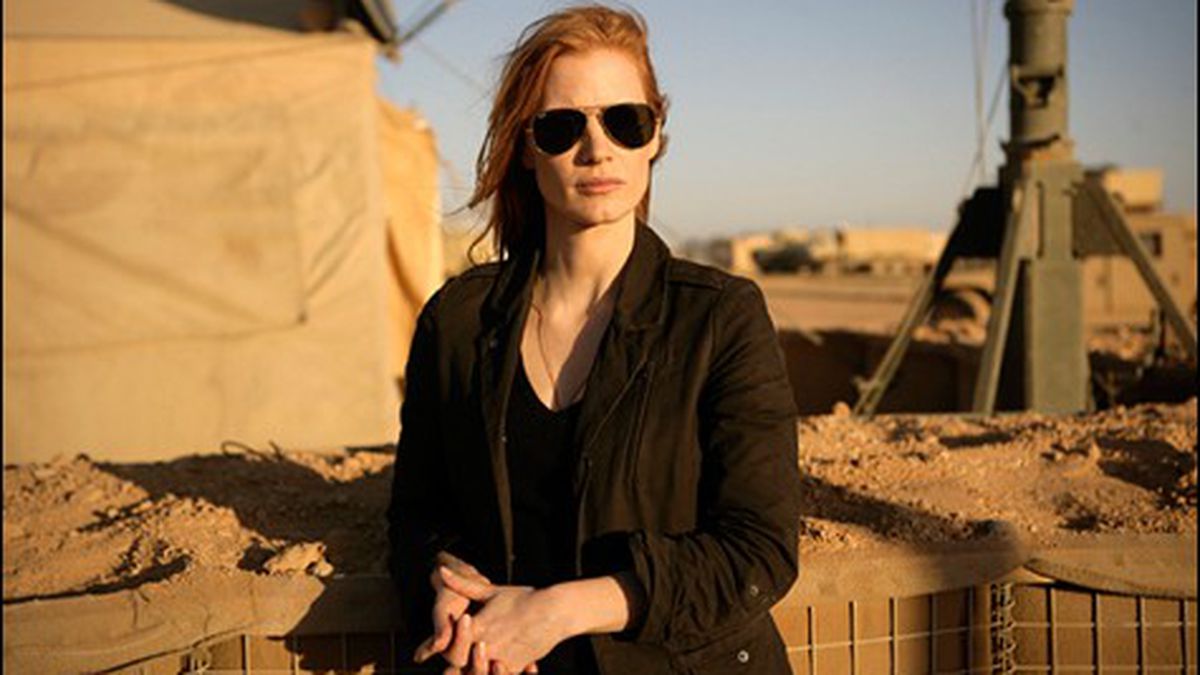 Somebody had to do it. So she did.

Zero Dark Thirty is a competently composed, frequently exciting, quasi-historical dramatization of the events leading up to and including the assassination of Osama bin Laden in May 2011. But it’s difficult to analyze strictly as a film. The politics always get in the way.

First, there’s the matter of the ongoing war of attrition between the US and its allies, and the organizations that bin Laden represented. He purportedly is still seen as a hero to some, at the same time that his persona has been appropriated by the US military as, more or less, a trophy of war, a scalp, a notch in our rifle. The second layer of politics has to do with the issue of torture by the forces of American national security: Who did or did not torture (and by what definition) whom, who authorized it, where do policy and actual practice diverge, etc.

The third political question is the easiest to address: the gender politics of Kathryn Bigelow, the director of the film, having placed a woman, the fictionalized character named Maya (played by Jessica Chastain), at the center of the hunt for the alleged mastermind of 9/11.

But let’s put that mess aside for a minute and talk about the story Bigelow and her screenwriter Mark Boal — they made The Hurt Locker together — are trying to tell us. In the aftermath of the 9/11 attacks, Dan (Jason Clarke) is on the trail of the perpetrators, leading the interrogation of prisoners at a “black site” somewhere in the Saudi orbit. We also take a peek at black sites in such far-flung locales as Gdansk, Poland, and Bagram AFB in Afghanistan, etc., as well as briefing rooms in and around Washington and the US Embassy in Islamabad, Pakistan. Dan’s overseer is Maya, like him a CIA agent. The waterboarding and psychological techniques are gradually breaking down their key suspect, and Maya herself is also being worn down, perhaps by moral qualms. However, she is driven by a fierce resolve.

The grilling reminds us of a cop show, only without the Miranda rights. Somewhere along the line, one of the spooks voices an opinion on the order of, “Kill ’em all, let God sort ’em out.” But Maya and her team persevere, despite the fact that the CIA brass and the Pakistani Inter-Services Intelligence don’t like her — perhaps because she’s a headstrong woman in a man’s world. The guys at Langley want to rein her in. Maya fights back, issues an ultimatum, and gets her way. The chase narrows down to a villa in Abbottabad, a SEAL kill team is assembled, a raid is launched from a US base in Afghanistan, and the thing happens. The demon is expunged and Maya is vindicated.

Whether the real-life events took place exactly as in the screenplay doesn’t matter to Bigelow’s film. The procedural aspects are firmly in place, the characters convincingly drawn, and the action scenes crisp and sharp. Chastain’s performance, if necessarily a bit wooden, is at least made of handsome oak. Without any irony whatsoever, I’ll swear that Zero Dark Thirty is as thrilling as Act of Valor, the completely made-up Navy SEAL mission adventure that came and went in theaters earlier in 2012. Other than a little hot water over the real-life SEALs’ permission to act in that movie, no one really cared about its facts. Bigelow’s film, however, has everyone in a sweat, from Dianne Feinstein and John McCain to the ACLU to the unnamed real-life CIA officer on whom the character of Maya is based. Everybody wanted to put a stop to bin Laden but nobody wants to know anything about “enhanced interrogation methods.”

Did “our” security ops physically torture suspects in order to find bin Laden? You betcha. Let the pols and pundits do their dance. Bigelow’s female warrior harbors many of the same doubts and ambiguities as The Hurt Locker‘s Sgt. James, and yet they both do their duty. If we want to continue living our American lifestyle, someone, somewhere is going to have to get hurt — we hire people like Maya to make sure it’s the other guys. Our tribal revenge can lick their tribal revenge any day of the week.

Speaking of which, Zero Dark Thirty is the second film in late 2012, alongside the puzzlingly popular Argo, to set up a CIA agent as its hero. We’re all for freedom and justice, empowered women on the forefront of liberty, death to tyrants, and all that, but it’s eerie that there are two major Hollywood films lionizing the secret world of national security at more or less the same time in malls across America. Now shut up and put some extra butter on the popcorn.

The Unbeaten Track at Bedford Gallery