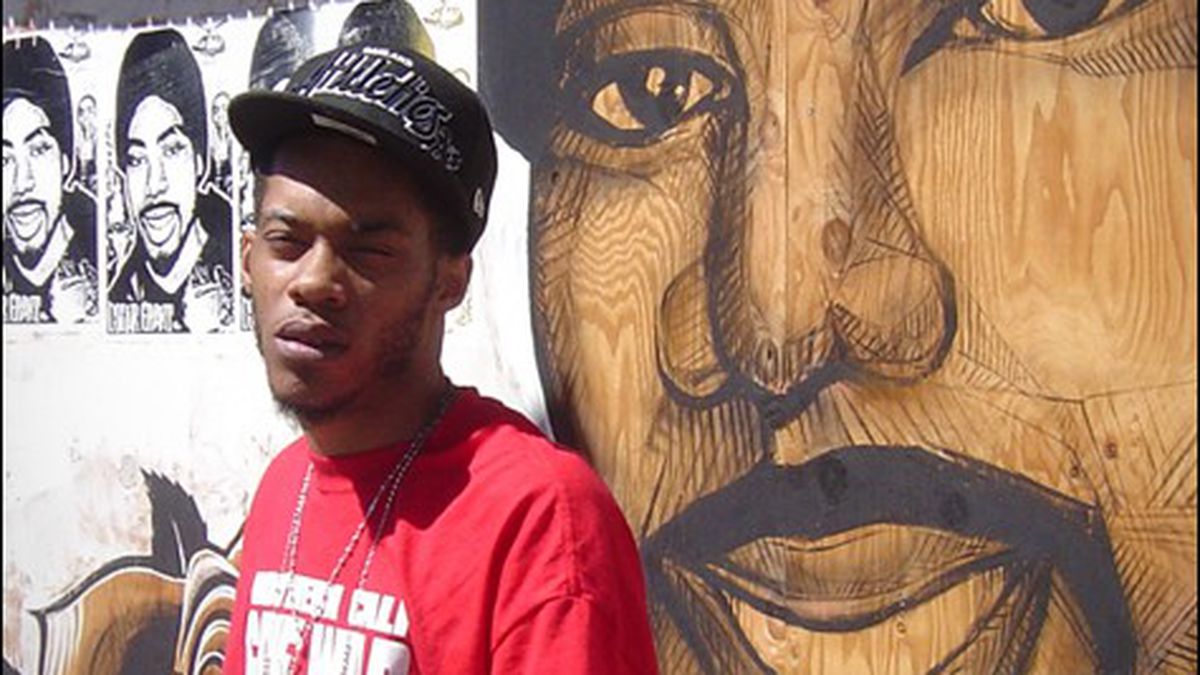 Young Gully Puts on the Gas

Summer’s a long time in rap. In late June, Young Gully, a 22-year-old East Oakland rapper, had picked up an increasing buzz as partly the result of his free mixtape with DJ Racks. Called, Definition of Gas, it ultimately wound up on The Fader web site, a rare bit of mainstream East Coast magazine coverage for a Bay Area artist. Like many of the Town’s hot young rappers, Gully emerged from the fertile Hieroglyphics compound in East Oakland, the de facto HQ for Beeda Weeda‘s PTB crew and J.Stalin‘s Livewire. Gully was brought into this scene by Jamon Dru, a member of the groups’ affiliated production squad, The Whole Shabang. With his 2009 installment in Whole Shabang-member DJ Fresh‘s Tonite Show series, and his upcoming appearance in SMC Recordings‘ Town Thizzness series (The Prescription), Gully is following the template for regional success developed by Stalin, Beeda, Shady Nate, and others. The Fader endorsement, however, was an unexpected bonus.

Unexpected, but not unwarranted, according to Fader executive editor Julianne Escobedo Shepherd, who selected Definition for the web site. “I thought his voice was very interesting,” Shepherd explained. “It’s not specific to the Bay and he doesn’t sound hyphy. He’s intelligent and articulate and his emotions are very present.”

The intelligence and emotion Shepherd identifies form a big part of Gully’s appeal. Like most East Oakland emcees, Gully is nominally a gangsta rapper, yet he shares the Panther-infused social consciousness of such artists as The Jacka, Stalin, or even non-gangsta Mistah FAB. As befitting a rapper whose childhood musical icon was 2Pac, Gully inhabits the gangsta role without glamorizing criminal activity or wallowing in brand-name consumerism. His verses instead probe the pain of ghetto life, from poverty and addiction to death of close friends.

“It’s about really jumpin’ off that cliff,” the emcee born Michael Watkins said during an interview at the Hiero compound. “A lotta rappers won’t, even if they got a parachute. But when you let people know you’re more than that, then they see you in a whole different light. That’s how my buzz started pickin’ up, because I started showin’ my other side instead of the mob stuff all the time.

Gully also raps at astonishing speed, yet every syllable is clearly articulated. His tempo and intonation are the “gas” of the mixtape title. Over the past couple of years, the term locally has come to signify a higher level of verbal dexterity than the average rapper commands.

“‘Gas’ come from the Acorn,” according to the equally fleet Shady Nate, who hails from the West Oakland housing project in question, and whose disc Gasman Unleashed helped spread the term throughout the Bay. Rather than automotive speed, however, “gas” originally referred to the speed of automatic gunfire. “If a nigga got killed, they’d say, ‘He got gassed.’ As far as rap, ‘gas’ is, like, rapid-fire, how I be rappin.'”

Perhaps the best example of “gas” in general, and Gully in particular, comes from the mixtape’s DJ Fresh-produced title track, which begins: They want to know the definition of gas/When opposition is vast/The competition is last/It’s my tradition to smash/soon as the Swisher is ash/I’m finna end it, you finished, so use the minutes you have. Despite his characteristically extended, multisyllabic rhyme scheme, Gully effortlessly runs through such verbiage in four bars, blazing toward DJ Fresh’s spoken “chorus” admonishing rappers not to “say you gas if you don’t gas.”

Gas is important to Gully, but so is content. “I talk about problems in the street but also in the political world,” he said. “In Oakland, though, because that’s where I’m livin’. On ‘Nite Shift’ [from Definition], I mention Oscar Grant: ‘Grant got murdered, now I seen that it’s no peace/Daughter only four just imagine what she’s gonna see.’ You gotta touch those topics because people want to hear that. When you have the ability to speak about it, then you should say something.”

In fact, the Oscar Grant case ended up inspiring more of Gully’s music. Before the July 8 manslaughter verdict of BART cop Johannes Mehserle, who shot and killed Grant, Gully was already weary of the outcome. “Everyone knows what the verdict’s gonna be,” he said a few days before the trial’s end. “He’s probably going to get off with manslaughter, so that’s injustice,” adding that he believed Mehserle is guilty of murder

The emcee was also critical of the rioting that occurred downtown a week after the New Year’s Day slaying. “We ruinin’ ourselves; we not hurtin’ them,” he said. “That’s a laugh to the OPD when we start rioting.” He blamed the riot on the media’s insistence that there would be one, a circumstance that replayed itself in July as the Mehserle verdict approached. Gully felt that most people in the ‘hood were already resigned to the fact that the cop wouldn’t be convicted of murder.

“Honestly,” he said, “life goes on. Like when Lovelle Mixon killed those four police officers. People die every day. As far as the riots, that’s not the ‘hood talking about it. That’s the media buzzing it up to make that happen. It wouldna been on people’s minds.”

Yet after the verdict was announced, Gully’s resignation turned to action. “Gully called me after the verdict and he was mad,” recalled Jamon Dru. “He was like, let’s make a whole album, and we recorded ten songs.”

The result is Gully’s new album, Grant Station, due to be posted next week on BandCamp.com as a free download, or for purchase to benefit Grant’s daughter. Taking its name from an effort to rename the Fruitvale BART stop where Grant was killed, Grant Station inevitably evokes 2Pac, for perhaps not since Pac has anyone married the full firepower of gangsta rap to such charged political content, transforming the individual anger of ghetto existence into an expression of collective indignation. With its tight focus on police brutality, calls for justice, and broadsides against everyone from BART management to “the Terminator,” the album achieves a coherence rare in today’s rap. Like Pac, Gully is confrontational: Yell Oscar Grant, Oscar Grant/if they poppin’ at us then we poppin’ back. Yet he also speaks from the perspective of the victim, pleadin’ for [his] life while they squeeze away. The last song, a first-person letter from Oscar to his family and the world at large, displays impressive songwriting chops, even as his mournful, understated lines like used to hurt when my homies died, now it’s me like this gas by at the speed of thought.

Since the recording of Grant Station, Gully has become increasingly drawn to the social dimensions of his music. “You hear so much [about the verdict] without the young people speaking on it,” he said. “So this is a cry to the universe, letting people know we need a revolution.” This revolution comes with gas.

The Sustainable Economies Law Center Wants to Help You Share