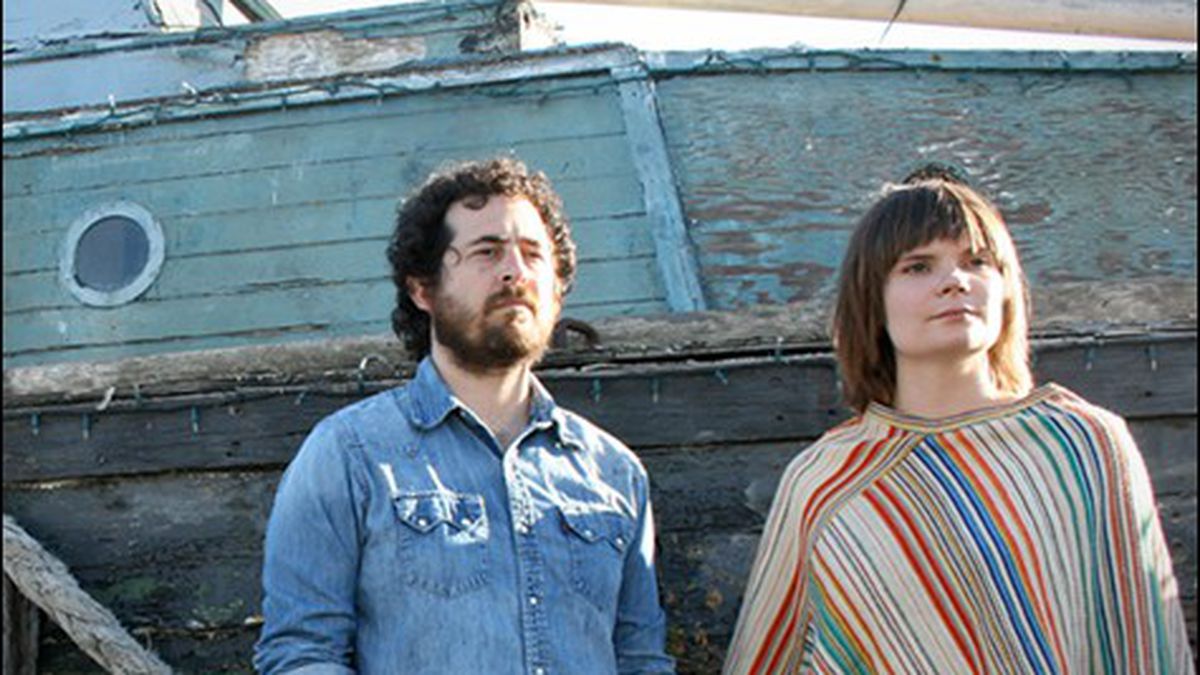 By the time mainstream music journalists discovered “noise” — not aural assault per se, but the kind made by avant-garde musicians — it had already been supplanted by another genre. “Noise” is still the catch-all, but “drone” is the new lingua franca. And it’s exactly what the name implies: ambient synths, turgid bass lines, melodies that hover around one tonal center. It can be beautiful, or frustratingly obtuse. Producing it requires a surprising amount of effort.

In the last two years, drone has gained currency in the Bay Area. Graduates of Mills College music programs and local conservatories suddenly wanted to make music with a lot of static pitches and vacuumy fuzz. They used instruments to mimic the low thrum of a household appliance, or thunder crackling on a Midwest highway. They wanted the calm before the storm, without ever creating the storm. Some, like keyboardist Gregg Kowalsky, of Oakland duo Date Palms, drew inspiration from Indian carnatic music. Others threw out the term “drone” as a genre descriptor, without quite understanding what it means.

“The term’s thrown around loosely,” Kowalsky pointed out, sitting with bandmate Marielle Jakobsons at a patio table outside Heinold’s First and Last Chance Saloon. The two met at the Mills College music department, from which Jakobsons graduated in 2006, Kowalsky in 2005. They’d come from different worlds. Jakobsons was a conservatory-trained violinist. She’d studied classical piano and biology at the Cleveland Institute of Music, then migrated to Oakland and immersed herself in jaggy electronic forms. Kowalsky grew up in South Florida and took piano lessons as a kid, but says he never learned to properly read music. He wanted to play pop — as in Van Halen, and on keyboard, not piano. He eventually began composing on a computer, then regressed back to cassette tapes. Date Palms emphasize live instruments and old analog gear. They overdub on cassettes. They favor long, static sounds that remind Kowalsky of his swampy Florida homeland. Some people would call it “pure” drone. Kowalsky calls it “late-night summer humid swamp jams.”

It’s a point of contention whether or not Date Palms fit comfortably in any category, said Jefre Cantu, who recruited the band to play in an annual event that sounds like an oxymoron — a drone music festival. Called On Land, it started as a de facto showcase for San Francisco record label Root Strata and eventually morphed into its own whirring, oscillating, monotonal animal. Granted, many bands wouldn’t necessarily characterize themselves as drone. “I would argue that what Gregg and Marielle do is not really drone, either,” Cantu said. “Maybe it’s droney to the average listener. Maybe I’m being too detailed about it.” He concedes that most bands on the On Land bill fall within that realm, albeit with reservations.

Kowalsky’s solo projects, on the other hand, are unabashedly drone. Take Tape Chants, his 2009 solo release on Kranky Records. It’s extremely minimal, and the first track is twenty minutes long. In comparison, Date Palms’ work is a little more action-packed. The first song on their debut album, Of Psalms, sounds like classical Indian music, chopped and screwed. It begins with a long, repetitive bass ostinato, over which the two musicians layer several instruments: Appalachian psaltery; Fender Rhodes; hammer dulcimer; tanpura; sine wave oscillators; analog synth; long, bendy violin notes. The instruments all congeal to form a single chord tone. It’s rich, dense, and oversaturated, but the consonant harmonies keep it warm and inviting, even to the untrained ear. To Cantu, it sounds like a record played at half-speed. If you sped it up, you’d get pop music.

Creating that sound is a rigorous process. Jakobsons taught herself to play electric bass for the project. Often, she’ll start a piece by bowing a violin line, which Kowalsky will record on cassette. He’ll play it back at a slower tempo, so that Jakobsons can layer more notes on top. “It creates sort of a phasing effect,” Kowalsky explained. The two primarily record in their Jingletown loft, which they’ve rigged with modular synths, capacitors, and a small arsenal of string instruments. Onstage they multitask: Jakobsons flits from violin to bass, while Kowalsky handles the synths and miscellany. The musicians’ penchant for fixating on a single chord makes their music seem meditative, even though it’s actually very labored.

Such is the paradox of drone music. Not every band at On Land has the same classical-music pedigree as Date Palms, but many of them fall into the simple-but-effortful category. They privilege notes over melodies, and sounds over notes. And yet, their music has a lot of intentionality. It’s not for people with short attention spans. And it’s definitely not just noise.