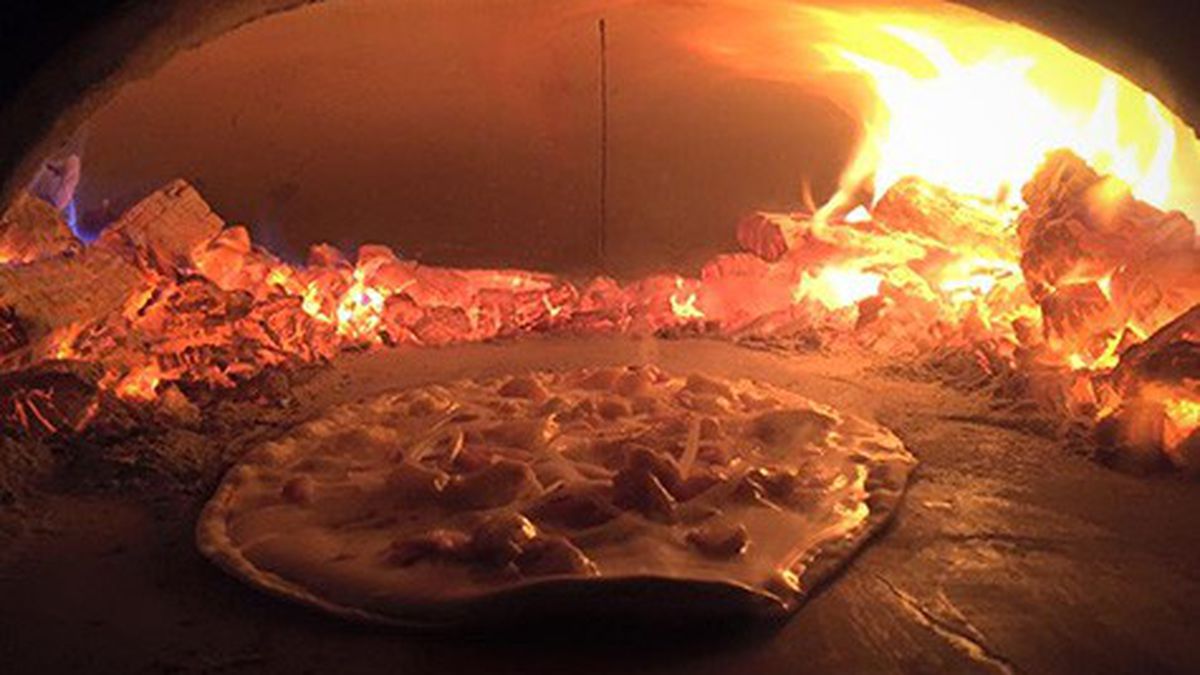 Will the Bay Area’s Next Big Food Trend Be … ‘Alsatian Pizza’?

Plus, a Puerto Rican pop-up pays tribute to Grandma's recipes.

Jean-Luc Besset was adamant. “It’s not a pizza,” he told me. “It’s completely different.”

Besset and his wife, Anne, are the co-proprietors of a new East Bay food business specializing in flammekueche (pronounced something like “flahm-uh-kush”), a specialty of the Alsace region of eastern France. And you might forgive me for the mistake: After all, the crowdfunding campaign for the Bessets’ fledgling business, which they hope to turn into a full-on restaurant in the East Bay called La Flamme, is where I first read the phrase “Alsatian pizza.” It’s a kind of shorthand they’re using to explain the dish to Americans who might not be familiar with it, Besset explained.

If there’s one food Americans love, it’s pizza. That’s the eternal truth the Bessets — Rockridge residents and recent immigrants from France — are counting on as they recruit investors for La Flamme, which they hope to develop into a recognizable brand name. The idea, Besset said, is to eventually open a whole chain of flammekueche restaurants.

But how likely is it that a dish whose name most Americans can’t even pronounce would become the Bay Area food scene’s Next Big Thing — the next Asian-inflected fried chicken or build-your-own ice cream sandwich?

To take any kind of fair measure of those odds, it seems appropriate to point out that the dish’s more common French name, tarte flambée, is quite a bit less obscure. (Flammekueche is what it’s called in the Alsatian dialect.) And for those who haven’t had the pleasure, Besset is happy to offer a quick primer. He explained that the tarte flambée has its roots in the traditions of French peasants who would bake thin sheets of dough in a wood-fire oven. In truth, the dish shares a lot in common with, say, a traditional Neapolitan pizza in the sense that the dough is cold-fermented over the course of 24 hours and cooked in a very hot wood-fire oven for a short period of time — about two minutes. The main differences? The oven itself has a very low dome, so each flammekueche gets cooked very quickly from both the top and bottom. And the toppings are uniquely French: onions, bacon lardons, and either gruyere cheese or crème fraîche is the most traditional combination. No tomato sauce, s’il vous plaît.

Besset explained that his wife is actually the driving force behind the business, from a culinary standpoint, leaning on the years she’s spent baking tartes at home for their family of seven. When the Bessets open the first branch of La Flamme, hopefully somewhere in Oakland or Berkeley early next year, she’ll be the main chef. The menu will be fairly simple and streamlined — maybe nine or ten varieties of flammekueche, including a couple of sweet options, plus some salads, and beer and white wine from Alsace to drink. At tarte flambée restaurants in France, the typical custom is for a group of friends to order a bunch of different tartes to share, family-style, one after the other.

In the meantime, while the Bessets work to get their flammekueche empire off the ground, you can try one of Anne’s wood-fired creations by contacting her via LaFlamme-SF.com. It could be for a big company catering order or a single tarte to be picked up at the Kitchener, the Uptown Oakland commercial kitchen where she cooks.

It didn’t take long for Illyana Maisonet to put her professional cooking career on hold: The East Bay resident said that two baking gigs at local restaurants with poor pay and working conditions were enough to convince her of that.

That said, Maisonet hasn’t stopped cooking. Specifically, she hasn’t stopped cooking the food of Puerto Rico, her ancestral homeland. Last year, for the first time, she documented the recipes she’d learned from her grandmother over the years by self-publishing a small cookbook entitled Gorda Eats.

The recipes in that cookbook will serve as the foundation for a $45 pop-up dinner that Maisonet is hosting on Saturday, March 28, from 5–7 p.m. at a private residence in Alameda for which the address will be disclosed only to attendees. (A very limited number of tickets are available via Eventbrite.com). The menu will be a kind of “greatest hits” of Puerto Rican cuisine: bacalaitos (codfish fritters), arroz con gandules (rice with pigeon peas), carne guisada (braised chicken stew), and so forth. All of the food will be very traditional — though Maisonet conceded that her grandmother, who recently died, might take issue with the cilantro she puts in the bacalaitos.

The pop-up will function as a test dinner to help Maisonet decide if she wants to follow through with a more regular, and higher-profile, return to the Bay Area dining scene: a weekly pop-up at a popular bar in San Francisco’s Mission district.