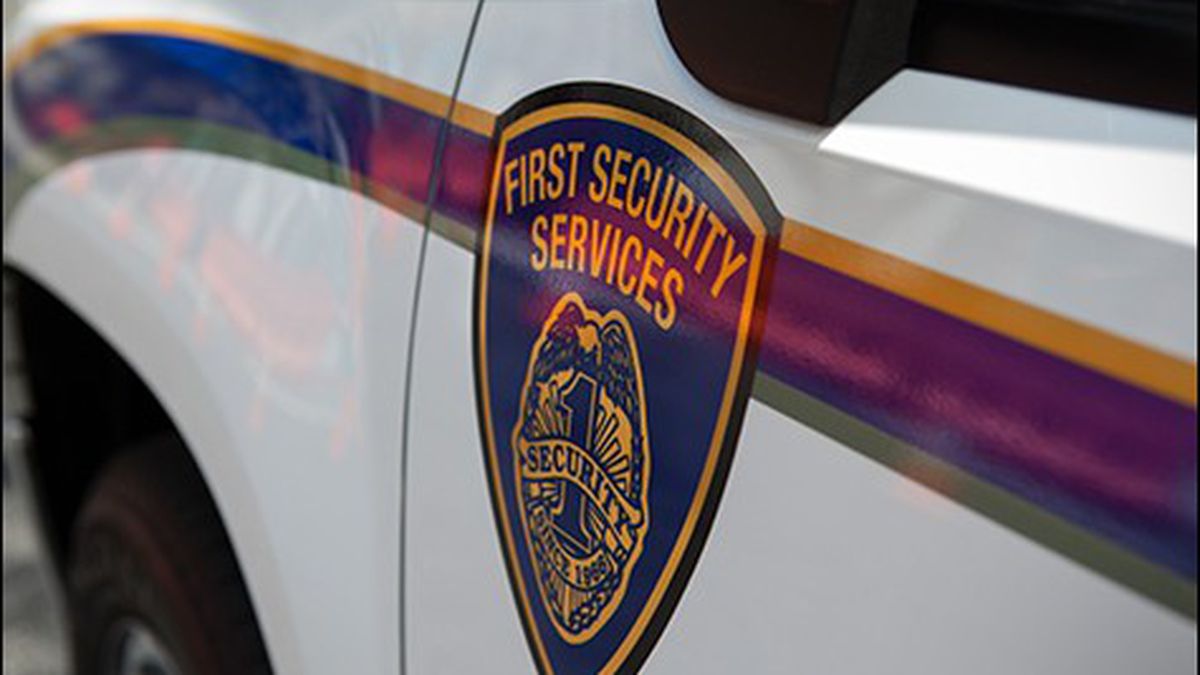 Why Private Security Patrols Are Not the Answer

They’re divisive, and they undermine our ability to work together to solve our city’s problems.

We all want what’s best for our families, friends, and neighborhoods. We struggle, work, and sacrifice to make the lives of those we love better. It pains us when we see folks we know in trouble, and it is easy to be disturbed and frightened when that trouble hits too close to home. Such is life in Oakland, a place that we “hella” love, yet know has its challenges.

The question for all Oakland residents in dealing with these challenges is how do we find solutions that are forward thinking and have positive outcomes for all, instead of adopting reactionary efforts that give up long-term sustainability for short-term gain for a few? This is the crux of the public safety debate going on right now concerning the rapid growth of private security patrols in the city.

While it’s unclear exactly how many areas of Oakland are covered by private patrols right now, an October forum at the Dimond library revealed that upwards of several thousand households were or were about patrolled by private security in the neighborhoods of Maxwell Park, Laurel, Dimond, Oakmore, Rockridge, and Temescal. Given the explosive growth of private security patrols, it’s not hard to imagine large parts of Oakland being under their watch in the near future.

It’s also easy to understand why some folks might react and turn to something unproven to solve the city’s crime problems. Most of us know one or more residents who have been touched by crime in Oakland. In my neighborhood, in the span of one month, there were several burglaries and two home-invasion robberies. A day doesn’t go by where I don’t think about the safety of my family and community. I want policies that will be efficient and effective at bringing peace, health, and vibrancy to where I live. I also want those policies to be just, forward thinking, and sustainable, which is why I am against these private patrols.

There are no long-term, independent studies on the effectiveness of these patrols. But even if there were evidence that they reduce crime in the areas they serve, I would still be against them — for several reasons.

First, is the issue of the training and protocols of private patrol employees. We live in a diverse urban community, and youth and people of color in our city are often disproportionately targeted and profiled for criminal activity by police. How will this be any different for private security patrols? How is a private patrol guard going to know who is legitimately in a particular neighborhood? Who bestows legitimacy? The patrol guards might become familiar with some residents in the neighborhood, but what if a cousin or friend of my family stops by and decides, as anyone has the right, to go on a walk or pick something up from the corner store? It was poor neighborhood watch training, along with racist sentiments altogether too prevalent in our society, that led to the murder of Trayvon Martin. Even rigorous police training has not prevented many instances of racial profiling and officer abuse, leading up to and including the deaths of innocent, unarmed individuals like Oscar Grant.

Just this past Thursday, a significant and almost deadly occurrence took place that sounds like the result of procedures not being followed and protocols not being adhered to. A private patrol officer in the upper Dimond area stumbled upon a burglary in progress, and then proceeded to chase (against the best practices of other private security firms) a fleeing suspect and, when allegedly threatened, shot and wounded the eighteen-year-old.

While some community members are praising this private security company’s actions, others are alarmed that a private patrol officer would use deadly force to apprehend an individual suspected of, among other things, stealing a telescope. Does this theft justify almost killing the young man? Are we ready to take justice out of the courts and into our streets?

This shooting also has led to even more concerns about how to hold these security companies accountable for their training and their actions. What happens if a fellow neighbor or, God forbid, a child just passing through the neighborhood, gets hit by a stray bullet fired by a private patrol officer? Who is responsible? The security company? Many security companies insist on contracts that limit their liability. Are Oakland homeowners willing to risk litigation and large financial judgments against them because of a tragedy they indirectly funded?

Security patrols also threaten our ability to work collectively to solve our problems and represent yet another expansion of privatization. From private school vouchers to the burgeoning for-profit prison industry, the plague of privatization is reducing the amount of resources available to effectively build a safe, healthy, more just society for all residents regardless of wealth.

Private patrols are not free. Folks pay up to $40 a month or $475 a year for these services. But, as residents are paying for these private services, the city desperately needs more funds to meet the many challenges of public safety: More after-school programs; more library hours; more jobs and job training programs, especially for ex-offenders and folks with limited formal education; more violence prevention outreach workers; and more police officers to investigate crimes.

Traditionally, it has been a hard sell for Oakland to raise taxes to pay for more policing. This is because, in many communities, the police are seen as much as part of the problem as they are the solution. How eager will people who pay for private security be to vote in favor of taxes for violence prevention when they are already paying hundreds of extra dollars a year?

For example, Measure Y, a parcel tax, currently funds 63 Oakland police officers, fire prevention services, and violence prevention programs. It sunsets at the end of 2014 unless the city council puts forward a renewal or replacement measure and voters approve it this November. But, with the growth of private patrols in the city, will residents who pay nearly $500 a year for their own security guards vote to continue paying the Measure Y parcel tax, too?

Many folks contend that the solution to Oakland’s crime problems is to hire more police officers. And whether or not you agree with this argument, most folks would acknowledge that the loss of 63 officers and vast funding for violence prevention programs would have an enormous impact on public safety overall in the city.

In addition, even if crime does go down in a neighborhood with private patrols, crime itself might not go away. During my years working on public safety issues at Oakland City Hall, I explained this to residents as the “water balloon effect.” You squeeze the balloon on one end, and the water just rushes to the other end, and so crime doesn’t go really decline through enforcement alone. The private security companies readily admit this fact. When asked by the San Francisco Chronicle, Richard McDiarmid of Security Code 3 said, “We’re a deterrent. Hopefully the people that are committing crimes, they see that there’s security in the area and they go to a different area, quite frankly.”

If enforcement were really the solution, we would have the safest streets on Earth. After all, we have the largest prison population of any nation. But our streets aren’t the safest, because we can’t arrest our way out of our problems.

In the end, private patrols are nothing more than a stopgap measure for those with means, and they jeopardize long-term peace and safety of the city, while doing nothing to address or resolve the deep systemic issues that are the root of crime in Oakland. We need jobs, housing, and opportunities for our young people. For those who have been caught up in crime and the underground economy, we need to look at restorative justice as a way to rebuild lives and bring these members back into our community. We need to end the War on Drugs. We need serious gun control to take these instruments of murder and mayhem off our streets.

Rather than spend time debating the wrongheadedness of these private patrols, we should focus our time, energy — and yes, our money — toward building a more safe and equitable Oakland for all. Imagine if we spent our money on violence prevention instead. Or if, rather than spending ours debating this fractious issue, we spent that time mentoring and volunteering?

As we move towards those goals, in the short-term there are commonsense things we can do to keep our families safe from crime. Here are a few suggestions:

1. Build community! Walk outside, talk with your neighbors, go to the park, say “hi” to folks on the street.

2. Secure your property. While burglar alarms aren’t foolproof, they’ve stopped break-ins in my neighborhood. The two home invasions took place in houses without alarms. Get (several) vehicle theft devices: car alarm, club, etc. Minimize the visibility of valuables in your home and car. There might be nothing in that bag on your front seat, but if someone is looking to steal valuables they may not know that until they’ve already broken your car window. Get motion lights for your home that turn off during the day. Secure your doors and windows. Clear brush and trees from around your house, so if you are not home, your neighbors can easily see suspicious behavior. Adopt a dog from Oakland Animal Services! Dogs make excellent sentries and provide loving companionship.

3. Become engaged. Attend neighborhood meetings. Investigate when you hear an alarm going off. If a tragedy occurs nearby, lend physical and emotional support to the victim(s). Mark and mourn the loss of all life, of victims, and of folks who are caught up in illegal activity to the point where death is the only way out. All life is precious.

I live in Oakland because I want to live among folks who look out for each other, and not just watch with paranoia. The debate around private security patrols has exposed a clear rift in our town, one that ends up pitting the hills against the flatlands, and even among neighbors above I-580 who disagree about this issue — armed versus unarmed guards versus none at all.

But we need to build unity on a macro level throughout the city as well as block by block. That’s especially true for our young people: We should be uplifting their lives through arts programs, sports, after-school workshops, open libraries, recreation centers, youth centers — and not destroying them through increased surveillance, suspicion, unnecessary calls for service, and unwarranted profilings and arrests.

The road is long and the challenges are many, but Oaklanders have come through in the past, and we need to come through now in order to build a more just, healthy, and peaceful city for us all.