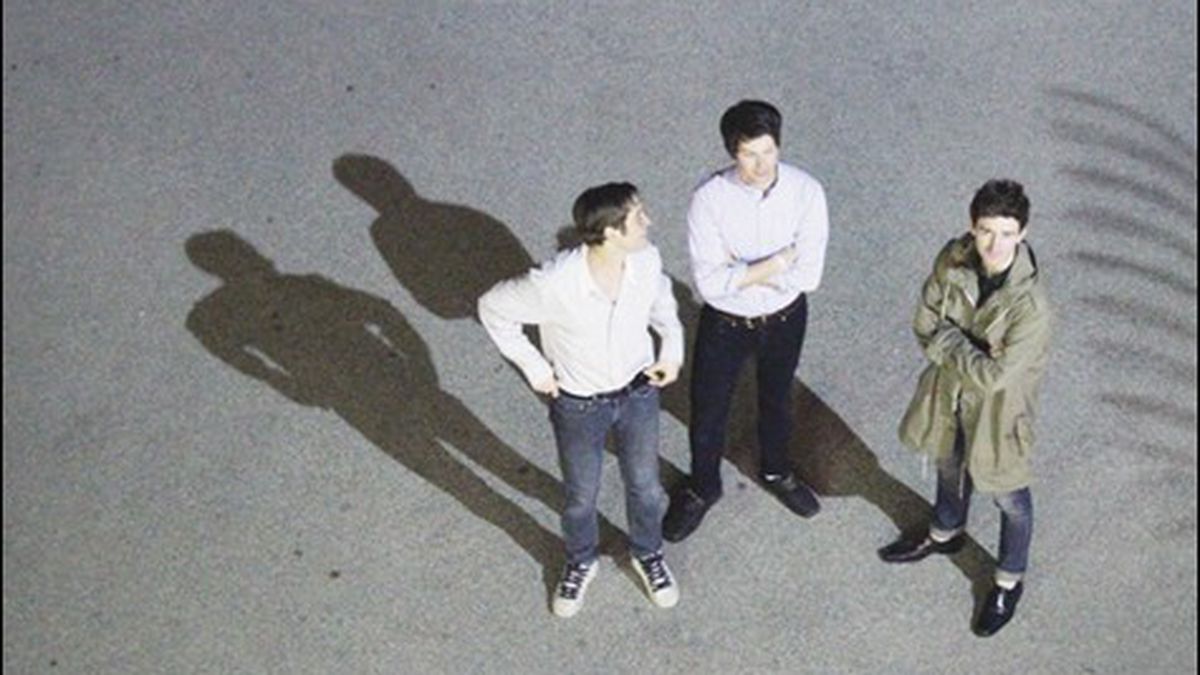 Less than two years since its genesis, Weekend already has a full double album. And it's worth a blind buy.

It’s not “shoegaze,” per se. But, rest assured, San Francisco’s Weekend will placate fans of reverb-heavy guitar, forceful melodies, and a Northern England sense of desolation. And if you once liked or continue to fancy shoegaze, your precious Creation Records-era Boo Radleys discs, or wish Slowdive had played with a bit more pep in its step, this double-LP debut, Sports, is worth a blind buy. For all of its wall-of-sound heavy hitting, Weekend doesn’t resemble anything you’ve heard on the radio in at least fifteen years.

The band has found a promising corner in the Bay Area scene, despite the overwhelming number of new bands sprouting up. Singer/bassist Shaun Durkan, guitarist Kevin Johnson, and drummer Abe Pedroza formed their trio roughly a year and a half ago, but they have a work ethic that most bands take several albums to harness. The members cut a double record in about 23 days total, though they spread the recording process across a year of studio visits. They recently returned to San Francisco after a national tour alongside The Pains of Being Pure at Heart, which shares its Oakland-based label, Slumberland Records. Weekend is still building up name recognition, but the band has ambition in spades.

To top it all off, Durkan and Johnson also organize all-ages shows in the Bayview District under the auspice of their two-man company, Strange Dogs. Following the blueprint laid by Thrillhouse Records in the Mission and 924 Gilman in Berkeley, they hold events about every two months. Their whole credo is about brining the margins to the center by featuring bands that are under-aged or just starting out. By offering of an inviting space — albeit an inviting space inside a giant warehouse — Durkan and Johnson say they’re brightening up possibilities for young fans.

Durkan is happy with his role as a performing-arts booster. “San Francisco has a pretty nonexistent all-ages scene, so we wanted to help facilitate that and have a place for our friends to see good music affordably,” he said.

An appreciation for teenage energy in punk-derived music seems evident when listening to Weekend’s music. The group certainly sounds youthful, with its high energy and driving rhythms. And the guys make no bones about their “little skate-rat” roots. Their warehouse apparently used to be part of the publishing operation for Thrasher Magazine. It still has a half-pipe intact, for all who decide to brave the potholes to get to the gig.

In the last few years, Slumberland has released records by a growing guild of new pop groups bent on post-punk methods: dark vocals, dueling rhythm guitars, a lonely beating drum. Weekend falls within this trend, and the band certainly isn’t without its share of influences. (It often borrows from a British-derived vocabulary to describe its sound.) The guitars are aided by chanting-like punk spurts and dark vocals, which blend somewhere between The Chameleons and Crystal Stilts. It’s kind of that Eighties sweet spot between graveyard hymns and danceable rhythms. And yet, within that well-trodden field of reverb, guitars, and blown-out amplifiers, Weekend manages to sound unique.

Sports is a fascinating album. Its patchwork of post-1977 influences is best represented in “Youth Haunts,” which was previously released on a ten-inch vinyl EP from the small imprint Mexican Summer (firmly out-of-print at five hundred copies). “Youth Haunts” was a wise pick from the band’s early catalog; it’s both deliberate and expansive. Meanwhile, “End Times” will satiate all who welcomed indie-pop icon My Bloody Valentine back in the early Eighties. That said, there are still imperfections in this record. The energy can’t always compensate for a lack of variation in the song structure. But the warts are part of its charm.

So what’s next for a band that rocks so hard on its debut? The trend now is to have the veneer of being lo-fi and DIY, even if you’re signed to a large label. But Sports is the real thing. It was made on an indie budget, by three guys who prefer playing warehouse shows for underage crowds. For a first effort, this album sounds surprisingly polished. But it still plays at 45 rpm.

E-Bikes to Launch in the East Bay

Best Capoeira Center Get your kicks … on Avenue 23