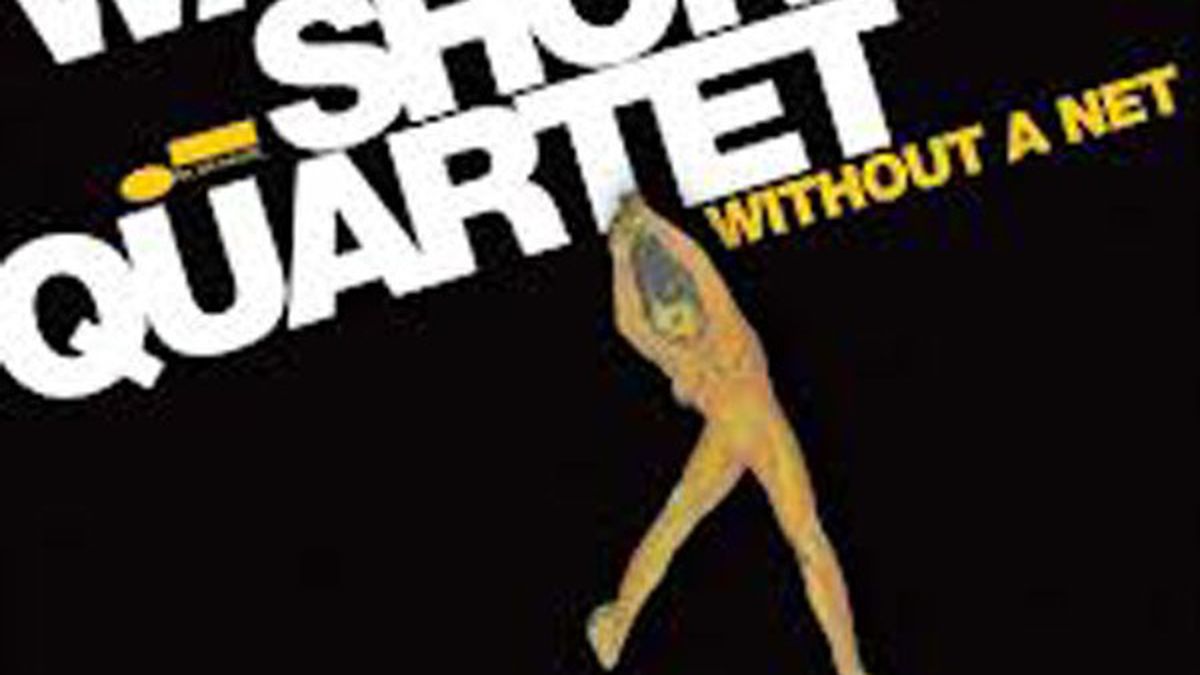 Wayne Shorter salutes Dizzy Gillespie, briefly quoting from “Manteca” at the onset of “S.S. Golden Mean,” one of nine songs from Without a Net, his first album in six years. Shorter then takes his perky soprano saxophone in wondrous, surprise-filled directions. It darts here and dashes there, like fireflies in rapid night flight, while pianist Danilo Pérez, bassist John Patitucci, and drummer Brian Blade shift swinging gears in spur-of-the-moment empathy with their venerable boss. It’s a concept that the now-79-year-old saxophonist helped develop when he, Herbie Hancock, Ron Carter, and Tony Williams were with Miles Davis in the Sixties, but his current quartet, together now for a dozen years, has taken it to daring new levels of collective improvisation.

Besides his nod to Diz, Shorter reprises “Orbits” from his days with Davis and “Plaza Real” from his time as co-leader of Weather Report, yet he refuses to rest on his laurels and instead gives the tunes exciting twists. Five other tracks are new compositions from the leader’s prolific pen, including “Pegasus,” a 23-minute collaboration with the five-member ensemble Imani Winds. The only non-original in the set is “Flying Down to Rio,” in which the quartet suggests the buoyancy of Fred Astaire and Ginger Rogers’ steps from the 1933 film of the same title without once wallowing in nostalgia. “Whoa!” and other shouts of joy and amazement occur frequently throughout Without a Net, all of it recorded during the band’s live performances, but it’s unclear whether it’s coming from the audience or from the musicians themselves. (Blue Note)