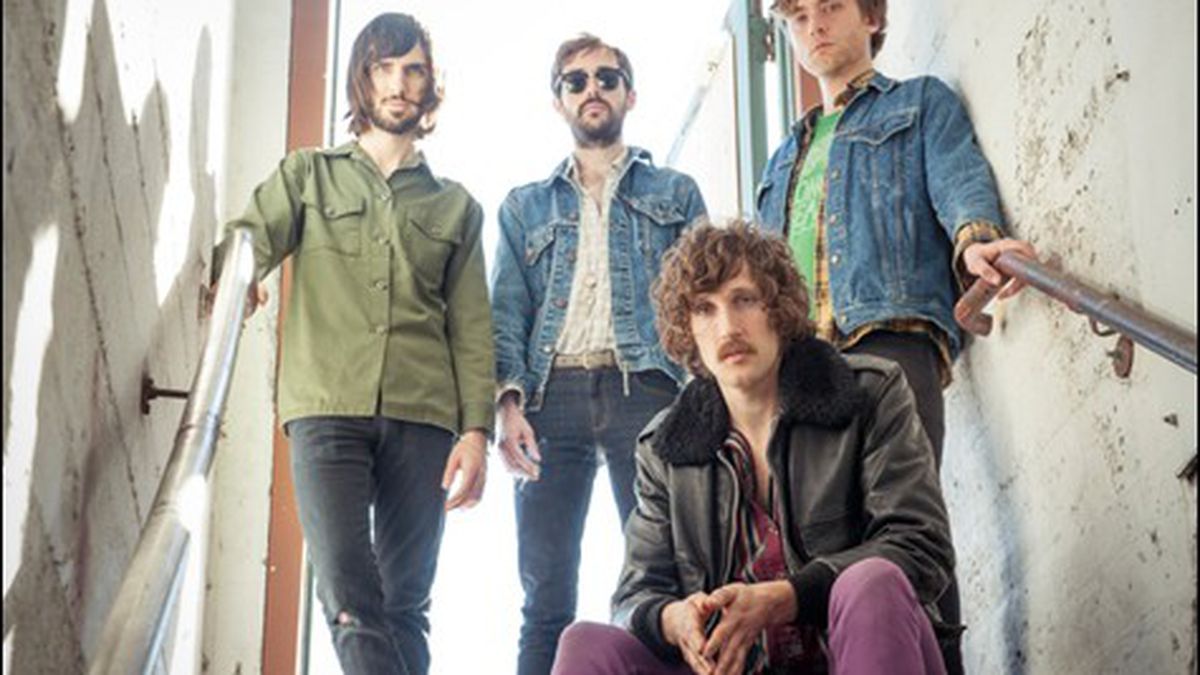 The former Bare Wires frontman is on his second rock band in five years, and while his approach to nostalgic power pop is decidedly more grown up, he's still a punk kid at heart.

In 2006, Matthew Melton staged his own arrest. It was at the gallery showing of his senior thesis at Memphis College of Art. He bought his date a white dress for the express purpose of spilling red wine on it as he was cuffed. Per Melton’s instructions, the police officers led him through the two stories of the gallery feigning indignance, putting him in a patrol car and driving him around the block before letting him go. He intended the performance to be part of his thesis project, a collection of illegally obtained photographs of local high school cafeterias, but to Melton’s disappointment, the college required a letter of apology for the stunt before awarding him his diploma. “Nobody got the piece,” Melton lamented. “So I said, ‘Screw this, I’m moving to California and starting a rock band.'”

Two bands, to be exact: first, Bare Wires, and, now, Warm Soda — both slightly different odes to nostalgic rock and power pop, but each motivated by two distinct phases in Melton’s life. Warm Soda will release its debut album, Someone for You, on March 26, and will play local gigs in the next two weeks before embarking on a national tour.

Melton maintains that a lot has changed since he started Bare Wires in 2007. “Bare Wires was more about partying and the lifestyle of being sort of a ‘nomadic musician,'” Melton explained, nestled in the dark cave of his recording studio in East Oakland. He started mythologizing that lifestyle as a teenager in Memphis, when he was a “high school nerd,” tagging along with garage-punk legends-to-be Jay Reatard and Alicja Trout, partying in warehouses, and dreaming that music might save him from the small-town South.

“For a long time my only life goal was to see Europe,” Melton confessed. “Because nobody in my family had ever been. Heck,” he said, betraying the remainder of his Southern accent. “None of them had ever really left Memphis.” Bare Wires toured Europe twice, and Warm Soda is in the process of planning its first European tour for this summer. “All that’s left is to do it again — better,” Melton said.

The emphasis is on “better.” Bare Wires became known for its antics as much as its surfy, glammy, grungy “slop pop.” In 2011, Portland band The Thermals described Bare Wires to Vice magazine as “unrefined; slightly dangerous.” The Express put the band on its cover that same year, painting a portrait of a home-grown crew of dreamers, with a knack not only for rock ‘n’ roll, but especially the associated lifestyle. Melton and his revolving door of bandmates wore leather jackets and loudly patterned shirts, and kept their hair long and unwashed. They got lost in Tijuana and wound up in a Mexican jail for “general disestablishmentarianism,” Melton said. Though his lineup rotated frequently, Melton was the mustachioed mainstay: swallowing his mic, clutching his guitar, keeping the dream on-course.

That was, until last year’s South by Southwest, where Bare Wires melted down during a performance and decided not to piece back together again. By the time Melton returned to Oakland, he had already figured out his next step. “I’ve definitely grown a lot since Bare Wires closed its books,” he said. “I’m kind of in a new phase of my life.” Part of that “new phase” was immediately forming a new band, Warm Soda.

“What was I going to do? Become an accountant?” asked Melton, who still wears his curly hair long, his collared shirts patterned, and his bell bottoms maroon.

The Bare Wires lineage can be heard in Warm Soda, but the lineup is fresh: Oren Chase on bass, Ian McBrayer on drums, and Rob Good on guitar. While the forthcoming album, Someone for You, is still grungy, it’s a little more “power” and a little less “slop.” All the songs clock in below the three-minute mark, and Melton’s voice, still fuzzy as a thrift-shop sweater, is mysteriously intelligible. In Bare Wires, his vocals often felt like just another layer of killer instrumentation, but the lyrics in Someone for You come through, hold together, and stick. If the album’s themes about love and longing at fifteen seem familiar, that’s because Warm Soda revives a Bare Wires’ character: the misanthropic teenage girl we first saw in songs like “Don’t Ever Change.” Melton sees adolescence as “the junction of who you really are and who you want to become.” Even in the throes of adulthood, Melton uses the adolescent experience as his guiding light: It’s what he’s chasing as a person, a producer, a performer, and a musician.

“It’s the essence of music,” Melton said. “I love performing because I think that moment, the adolescent moment of expression, can occur at a show when people become so exhilarated they lose ‘themselves.'”

Melton, who just turned thirty, now eats vegan and abstains from drugs and alcohol, a decision he made after his hometown friend and mentor Reatard died in 2010 at the age of 29 due to cocaine toxicity. “I still party pretty hard,” he stressed, “but now I’m genuinely making the shift from partying to focusing on the music itself, and performance.”

This shift has manifested in Melton launching Fuzz City Records. Together with sound engineer and Warm Soda guitarist Good, who Melton calls his “partner in crime,” Melton has been scouting bands and cutting albums. “Some bands just want to emulate a certain sound,” Melton said. “But sometimes you find a band that has some twinkle in their eye of something else. That mysterious ‘thing.'” The label has produced singles for dreamy Eighties throwback outfit Part Time, and young garage punks like Burnt Ones and Adam Widener.

Through Fuzz City, Melton stays close to the “free-wheeling party-animal” spirit with which he started Bare Wires. The label is working with Bad Vibez, the current project of Bare Wires’ former bassist Tennant McCabe, plus “a total despicable group of low-life street punks,” according to Melton. (The band will open for Warm Soda at its record release show at The Night Light on February 23.) He described a show he booked for Bad Vibez last month that broke up mid-performance. Melton said Tennant threw his guitar and stormed offstage, another band member kicked a toilet and flooded the bathroom, someone cussed out a bartender, and a chandelier got broken. “It caused like total mayhem, they got banned from the venue,” Melton said. “I couldn’t help but think: People don’t do shit like that anymore.” Melton might not “do shit like that anymore,” but inside, he is still the punk kid who delighted in the chaos of his self-staged arrest.