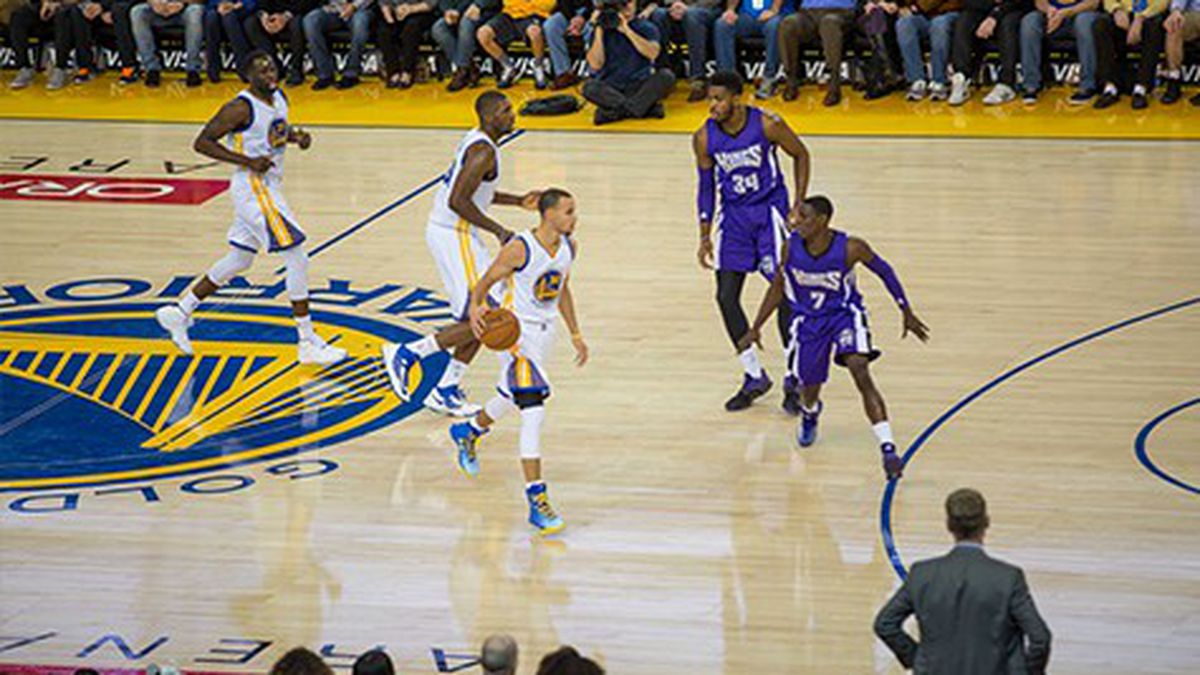 Trading up appears to have worked for the Warriors. But for the A's? Not so much.

As June turned to July, the Oakland Athletics had the best record in all of baseball, thanks to the best pitching staff in the game. The A’s were doing it in A’s style, with general manager Billy Beane displaying the biggest Moneyballs around, having pieced the pitching staff together with a good draft, bargain-basement trades, a raid on the infirmary, and then actually buying a player: Brad Mills for $1 from a rival that thought him overpriced at that.

What Beane did next was the story of 2014 in East Bay sports. He took a look at a good thing — seven All-Stars, Home Run Derby champ, ERA rulers – and then traded up to make it better. First he shed Dollar Mills and then went looking for Quality. But his moves flopped badly. Trading the team’s future for the best available pitcher in the National League, and then dealing away the team’s only marketable slugger for the best pitcher left in the American, led to an August tailspin, a September free fall, and then a one game wild card contest that was a microcosm of both months put together. The A’s had a big lead, got caught, and then got beat. All in totally agonizing fashion.

As the season ended, the Athletics traded away all of their All-Stars; dumped the entire infield, including their catcher; lost both of summer’s pricey baubles; and decided that the hot stove theme would be Quantity. First purchase? Dollar Mills.

Around the same time that the A’s were rising, the Golden State Warriors were falling. But a first round playoff loss was nothing to get too weepy about. Coach Mark Jackson had, in his first three years, brought the usually hapless franchise only its second back-to-back postseason appearances since 1976.  Most Warriors’ fans were thinking that wouldn’t happen until the tricentennial. Jackson’s reward for this most unlikely of accomplishments was mighty unexpected too — a pink slip.  And with that, the notion that good enough isn’t good enough made this the year of the upgrade.

Golden State’s new hire, Steve Kerr, was a former hoops star turned TV analyst with exactly zero head coaching experience. Dumb, right? Except the last team to do that hired a guy named Mark Jackson three years before. The Warriors must have a Type.

When the 2014 basketball season tipped off, roughly a month after the A’s go-for-broke found them broken, the Warriors looked like their trade was going to pay dividends. It did and then it paid off like a crazed slot machine. And then it paid like a drunken sailor who owned stock in slot machines. The Golden team won five in a row to start the basketball year and then got better. By game 20, the Warriors were 18-2, and had set a franchise record for, um, just about everything. Most wins in a row. Best debut ever for a rookie coach. Best new nickname — forward Marreese Speights is now known as Mo Buckets.

And the good times kept rolling even after the improbable seventeen-game winning streak came to an end when the Warriors, without their two injured post players, went to Memphis with a metaphorical arm tied behind their back and still almost saved their metaphorical ass. The Steve Kerr era is the best beginning in the history of the sport, meaning that TNT network’s loss is the Bay Area’s gain. Of course, they did get Mark Jackson and a sideline reporter to be named later in the trade.

Maybe Golden State’s success can be credited to the team’s not parlaying every bet for something better. This summer, emerging Warriors guard Klay Thompson was getting staged for a swap to Minnesota for Kevin Love, a bigger man with a bigger name. But Golden State passed and hasn’t really thrown a bad pass since. Thompson is now being called the best shooting guard in the game. Which, when considering that Stephen Curry is definitely the best point guard in the game, means that, except for the dopey nickname they carry (the Splash Brothers — hint: Here’s a place for a trade up, Warriors), they are ready for anybody not playing in the paint for the foreseeable future.

The East Bay has not seen a basketball title since the time of skintight short shorts for men, but with a number one ranking heading into the New Year, it may be time to look for something special once again (a title, not the booty shorts). The Oakland Raiders also looked to trade up in 2014. Of course, moving from ghastly to merely lousy doesn’t totally fit our thesis, but there is no question that the Dennis Allen Experience needed to close early. Fired after four games, including losses on multiple continents, the Raiders were the last team in the National Football League to win a game this season. They are now on a bit of a roll, having hired an interim coach who is winning just enough to probably screw them out of a worthwhile draft choice, but since the Oakland legacy is to fumble away draft opportunities, we’ll call this one a wash.

Whether the team’s re-upping for another year in the Coliseum can be considered a plus, it is a fact. The NFL just announced that nobody’s moving to Los Angeles for 2015, and considering that the Raiders, St. Louis Rams, and San Diego Chargers were the teams being considered, we can conclude only that the city of Los Angeles is the big winner thus far. The Warriors are still looking like they are San Francisco bound after the next few seasons, so it would be great to wring a title run or two out of them before they go West. Major League Baseball, long ago, said it was convening a blue-ribbon committee to determine the future of baseball in the 510, but since the sport’s commissioner retired after nearly thirty years without a solution, we recommend just handing the A’s an actual blue ribbon from the Alameda County Fair and serving hot dogs on a stick all summer.

Being an East Bay sports fan is knowing the trade deadline is less a road block and more a yellow caution light saying, “better go like hell” — it’s later than you think.