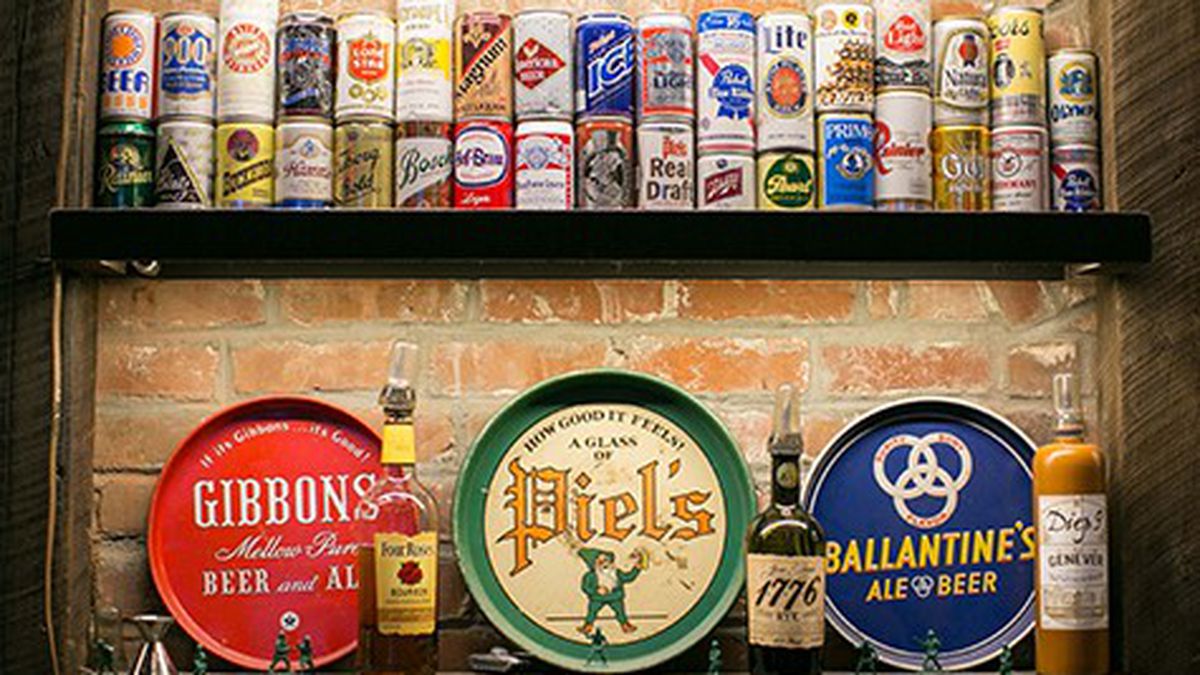 What you should be drinking this season.

These days, it seems you can’t throw a yoga mat out of a window without it landing on a newly opened beer joint. According to data from the Brewers Association, a nonprofit dedicated to independent American brewers, we’re experiencing a craft beer renaissance in the United States, and the East Bay is unsurprisingly a ground zero for taprooms, breweries, and beer gardens serving local, regional, and international craft brews. Thanks to cheaper rents and prime real estate (many locations include large, outdoor spaces), brewers have been flocking to Oakland (and some to Berkeley, too) in droves, and show no signs of stopping anytime soon.

In November, the number of brewery licenses in the United States reached its highest ever — 4,500 — and more than 3,200 brewers are operating throughout the nation, with 2,000 more in planning stages. A new brewery opens every 1.5 days in America. And in terms of craft beer popularity, hops lovers can once again rejoice: India Pale Ales (IPAs) remained the most favored craft beer style, according to retail scan data from the Brewers Association. “[The] IPA is up 47 percent by volume and 49 percent by dollar sales,” notes the BA website. “Additionally, the style was the number one entered category at the Great American Beer Festival.”

In the East Bay, the beer scene continues to be, well, hopping. In 2014 alone, we saw the opening of beer havens such as The Hatch, Diving Dog Brewery, The Good Hop, Westbrae Biergarten, Plank, Lost and Found, The Beer Shed at The Dock, Woods Bar & Brewery, Ale Industries’ Jingletown Jazzroom, Hoi Polloi Brewpub and Beat Lounge, and Perdition Smokehouse, which is technically a barbecue joint, but one that boasts forty taps, and puts beer in its sauce (called Brew-BQ, naturally). Not to mention other established favorites such as Beer Revolution, Telegraph, Moxy, Brotzeit Lokal, Torpedo Room, Rosamunde, CommonWealth, The Trappist, and Hog’s Apothecary.

“I’d guess a lot more people are discovering their love for beer and some are just jumping on a bandwagon they know nothing about,” said Perdition Smokehouse owner Chuck Stilphen. “Currently, I like most of what I see and I’m looking forward to checking out more new breweries and beer bars as they come on line next year.”

Because there are so many beers and beer gardens to choose from, we asked some of our favorite bar owners, tastemakers, and brewers for their recommendations this season.

Chosen best new beer garden in our “Best of the East Bay” issue in July, Lost and Found provides the best of all possible worlds. There’s plenty of beer, of course — more than twenty varieties of (mostly local selections) on tap, with a good mix of European-style varieties, cheap-ish IPAs, and local barrel-aged craft brews. There’s also a red, a white, and a bubbly wine option available; lots of inventive, rotating food dishes to nosh on; and a lush, succulent-filled outdoor space with plenty of seating, a ping pong table, and a beanbag toss. Because the weather has been rather nasty of late, Lost and Found covered its outdoor space with an enormous tent, so you can still get your drink on without having to wear a poncho.

What to drink: Chef Dennis Yadroff (formerly of Haven and FuseBOX) told us that the food and drink menus will be changing in a few weeks, but that Lost and Found tries to keep its menu “as local and sustainable as possible.” Yadroff likes the stronger, hoppier beers, such as The Smell IPA from the Social Kitchen. We’d also recommend one of Lost and Found’s ciders, such as Two Rivers Gravenstein Hard Cidre, which has just a hint of sweetness.

What to eat: Try the Lost and Found rinds (crispy fried pig ears with five-spice salt and sambal aioli), which are delicious with one of the few rotating sour beers on the menu, such as the Woodfour Farmhouse Sour. Yadroff also maintains a vegetarian and vegan-friendly menu. He paired a special a creamy vegetable polenta with Indian curry sauce with a Smell.

The Beer Shed at The Dock

“It’s never been hard to sell a beer in this town, only now we have even more great choices,” remarked Adam Lamoreaux, owner of the new-ish Beer Shed at The Dock and the founder of Linden Street Brewery next door. The Beer Shed is a partnership with Oakland native and chef James Syhabout (read Luke Tsai’s review of The Dock, “A United Nations of Beer Bites,” 7/22/14) and, though the food menu is very much catered to beer drinking, it has a much more upscale vibe compared to the casual weekend beer scene you might be familiar with at Linden Street (which is also delightful).

“IPA is, hands down, the most popular style ordered by far,” said Lamoreaux. “Sour beers are definitely gaining popularity, but nothing like IPAs. I’d say session beers are trending up as well.”

What to drink: Lamoreaux is fond of brews by Drakes in San Leandro, Faction in Alameda, Magnolia in San Francisco, and Moonlight in Santa Rosa, the latter two of which he said are almost always on tap at the Shed. Moonlight’s Crushed to Death is a particularly toasty and delicious dark larger blended with pinot noir. Another recommendation was the crisp and hoppy Societe Pupil IPA.

What to eat: Pair Moonlight’s Crushed to Death with the island style tuna poke, which comes with Sriracha, wakame, sesame, and taro shoestrings. Lamoreaux also mentioned that the seared New York steak with miso butter and togarashi pairs well with IPAs.

This Berkeley establishment opened quietly in June, and thanks to its frequently rotating NorCal-based brews and relaxed family environment (with beanbag toss and a small basketball hoop for the kids), it’s no surprise that Westbrae made our “Best of the East Bay” list for top outdoor drinking spot this year. According to Joel Digiorgio, the buyer for Westbrae, East Bay Spice Co., and the upcoming Tiger Lilly (slated to open in North Berkeley on January 14), “the local and national craft beer scenes seem to be embracing the classic West Coast-style ales and lagers, along with lesser-known styles such as session beers, single-hop ales, and sours coming to the forefront over the past two years.” Digiorgio also noted that Westbrae goes through “a ton of cider each day.”

What to drink: Digiorgio pointed to the widespread appeal of Berliner Weisse and Gose ales, as well as Citroen Citra hopped Farmhouse Ale from Baeltane Brewing in Novato, the House IPA from Berryessa Brewing in Winters, and the Hella Lite Session IPA from Altamont Beer Works in Livermore. In terms of ciders, Digiorgio likes 1976, which is “semi-sweet and delicate,” the dry and bold Cidre Noir, and the semi-sweet Blood Orange Tangerine.

One of the newest breweries to hit the Oakland scene is Woods Bar and Brewery, which doesn’t just serve your typical West Coast brews. As owner Jim Woods told the Express in September, beers at Woods “defy expectations.” That means beer that’s caffeinated (i.e. their MateVeza IPA, which is infused with yerba mate), beer made with no hops at all, and even beer inspired by Girl Scout cookies. The “garden” aspect is more of a cozy patio with an industrial aesthetic, but its Uptown locale makes for terrific people-watching, and the fireplaces keep patrons toasty on chilly winter evenings.

What to drink: According to Woods’ brewer William Bostwick, they “rarely make the same beer twice — it’s one of the fun and exciting things about brewing such small batches; each beer is unique, and as fresh as it gets!” Bostwick recommends that beer lovers try Rootstock, a collaboration with the San Francisco Homebrewers Guild. “It’s a seasonal Belgian Golden that tastes like fresh-tilled earth and blooming clover pollen, spicy bright from grassy Styrian Golding hops and musty sweet from the addition of thirty pounds of yams.” We have noted a distinct lack of yams in beer brewing. We’re glad someone is rectifying this. A few others to try are Black Denim, a “rich and roasty imperial stout,” and Samta, a holiday red ale that Bostwick describes as “smooth as a reindeer coat, soothing as a fur-lined cap, aglow as Rudolph’s schnozz with hearth-side warmth and mellow sweetness like caramel-covered cherries and warm plum wine.”

What to eat: Empanadas from El Porteño (you might have sampled some at the weekly farmers market in Old Oakland) are the only noshable item at Woods, but luckily, they are delicious. Try the Carne (grass-fed ground beef, onions, green olives, raisins, and cage-free hard-boiled eggs) or the Champiñones (local seasonal mushrooms sautéed with shallots, aged parmesan, and crème fraîche).

Heaping portions of tenderly slow-braised meat (even the braised greens are half meat!), a cozy outdoor patio, and an ever-changing tap list are reasons this barbecue restaurant is among our favorite beer gardens to open this year. “The beer selection at Perdition is strong in the small local and American brewers,” said owner Chuck Stilphen. “My other places — The Trappist, Provisions, Mikkeller Bar, and ØL Cafe & Bottleshop — rely much more on European brewers.” Though many of the beers right now have names that are vaguely or explicitly menacing — Pumpkin Death, Shallow Grave, Shark Attack — we assure you they are the most refreshing “threats” you’ll ever receive.

What to drink: “Right now, out the forty we have on tap at Perdition, some of my favorites are HenHouse Little Chicken, Fort Point KSA, Tahoe Mountain Hop Dragon, and Cellarmaker’s Tiny Dankster,” said Stilphen. We’d also recommend Faction’s Blitzen Triple IPA and the aptly named Christmas Bomb by Prairie Artisan, a spicy imperial stout with a whopping 11.5 percent ABV.

What to eat: Pair your American brew with slices of the decadent and fatty brisket, braised greens, and, of course, the mac ‘n’ cheese.