.Turning on Francis and the Lights 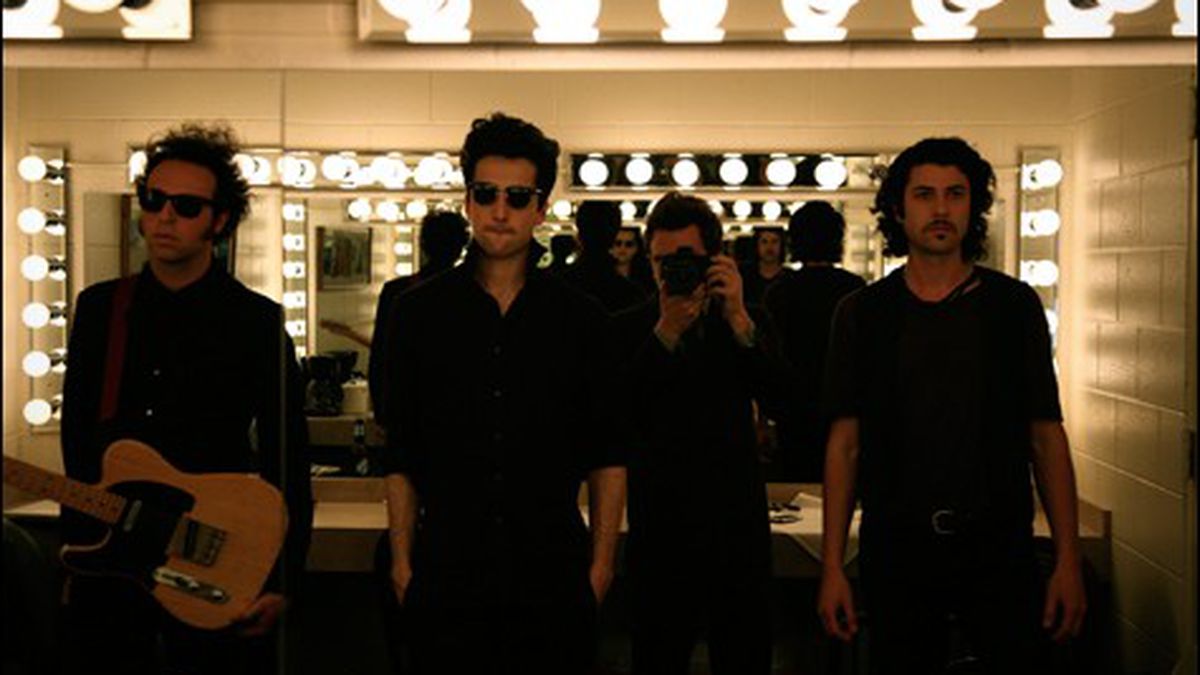 On a soggy night in late December, a large crowd packed into San Francisco’s Red Devil Lounge to hear Francis and the Lights. The Brooklyn-based synth-pop band has been floating off a lot of tongues lately, and it’s easy to see why.

Everything about frontman Francis Farewell Starlite was meticulous: He wore a tailored black jumpsuit, a white collared shirt over a black turtleneck, and black patent-leather shoes. His hair was swept back in a loose pompadour. But it wasn’t just his appearance. Every song, every dance move he broke off — and there were a number of both — was executed with such impressive command, ferocity, and sincerity that he convinced the audience that he was up there for them. Starlite and his fellow musicians stayed onstage until they literally didn’t have the energy left to ask for more.

It was a display of a rare kind of showmanship that has invited comparisons to James Brown, Prince, and Peter Gabriel. It no doubt also attracted the attention of Drake, who offered the band the opening spot on his “Away From Home” college-campus tour. The Canadian rapper, signed to Lil Wayne‘s Young Money Entertainment, also invited Francis and the Lights to join Jay-Z, Lil Wayne, and Kanye West in contributing to his new album, Thank Me Later, which will be released June 15.

Francis and the Lights recently made its third album, It’ll Be Better, available online (downloadable from iTunes and streaming on Muxtape.com), and has just been confirmed as supporting Drake on the second leg of his tour. After performing a handful of headlining shows in New York, Los Angeles, and San Francisco (at the Great American Music Hall on Wednesday, May 19), Francis and the Lights will rejoin Drake’s tour. Starlite says the Great American show is something he’s wanted to do for a very long time, after seeing a band called The Kinetics open for SoCal ska band Hepcat at the venue.

After all, Starlite was born in Oakland, grew up in Berkeley, graduated from Berkeley High School (as did drummer Rene Solomon and keyboardist Jake Schreier), and attended Wesleyan University (with the band’s guitar player “Jump-Back” Jake Rabinbach). He is not effusive with details about his early life, but from the things he does relate, one gets the impression that he has had this all planned for quite a while.

“I think I knew it more when I was very young,” he said of wanting to be a musician. “A family friend gave me the cassette tape of The Beatles‘ 20 Greatest Hits. I know that most people fall in love with The Beatles at some point, and I certainly did. And I wanted to be in The Beatles. I wanted to start a band called The Beatles II.”

Starlite eventually dropped out of Wesleyan and rode around the country on a train for a spell. Somewhere between Indiana and Louisiana, he made his decision: “I was on a train traveling from Elkhart, Indiana, to New Orleans and I wrote it down. I wrote it down on a piece of paper.”

Shortly thereafter, he returned to Oakland and holed up in a rehearsal space at Soundwave Studios. He spent close to a year living and working there, writing songs and crafting the particular brand of soulful, synth-laden pop that characterizes Francis and the Lights’ first few records. The majority of the songs he wrote during that time ended up on his first album, Striking, released in 2007. “The main song that I wrote then was ‘My Goals,'” he said, referring to the track on the first album with the chanting refrain, You said it’s time to set my goals, baby/Yes you did, I set mine.

In the five years since he left Oakland for New York, Starlite has made strides toward his goals: releasing three full-length albums and an EP, with the newest, It’ll Be Better, scheduled for physical release on July 20. But if It’ll Be Better is any indication, Starlite isn’t satisfied yet. The album, a collection of eight carefully crafted pop songs, seems to have a theme of going to work, beginning with the title track that features a gentle, hammering rhythm and the lyrics Man, it’s like I’m living in a factory/Working with metal/Working away/Oh, oh, but if you come back to me/It’ll be better, it’ll be great.

Taken together, songs like “Tap the Phone” and “Get in the Car” paint a picture of an artist hustling — and being hustled — to get to the top. On “Get in the Car,” Starlite sings, You gotta be careful, these guys will eat you alive/You gotta believe me, you’re gonna want me by your side/So get in the car, you could be bigger than Madonna. It’s a song he acknowledges was inspired by personal experience. “Artist, manager … contracts and things,” he said, his voice trailing off. And while you might feel torn agreeing with the song’s ambiguously predatory solicitor, listening to Starlite’s achingly affective voice, you can’t help but agree, he probably could.

Previous ArticleVideo: Incendiary SWAT Raid Picked Up by ‘The Atlantic’