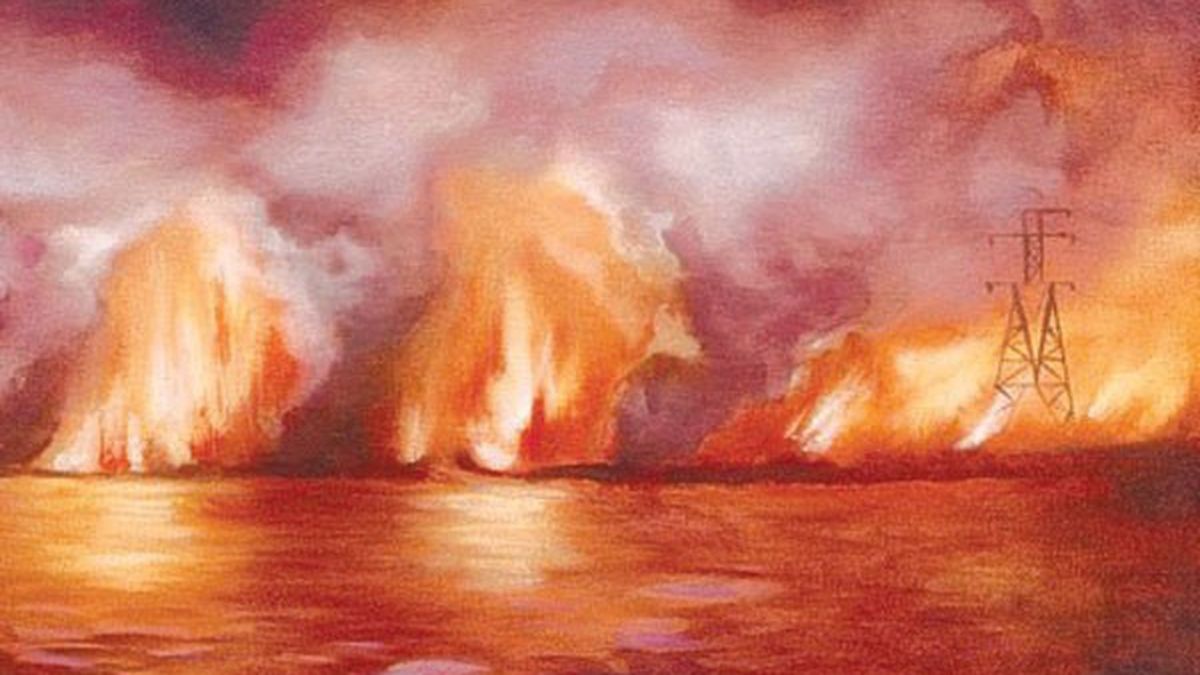 The Besnard Lakes Are the Roaring Night

With an icy darkness and a fiery bombast at its command, the Besnard Lakes have crafted a sweeping third album of songs that awaken slowly but leave in fits of noise. The Montreal band — married duo Olga Goreas and Jace Lasek, joined by drummer Kevin Laing and guitarist Richard White — relies on a fine sense of conflict and balance, fleshed out lyrically by nightmarish images of war and artistically by the album cover’s cannonball haze and smoky horizon.

You’re like the ocean/what’s in your empty eyes? Lasek sings in “Like the Ocean, Like the Innocent,” the suite that opens the album, spanning nine minutes, with wild guitar slashes and a closing lyrical plea: Take the noose around my neck, take it off.

The Besnard Lakes share some territory with instrumental post-rock: The chamber-pop falsetto and droning ambience of “Chicago Train” yield at the halfway mark to a slow chug and swirling guitars. But those moments are paired with a smoother, melodic side, like Goreas’ vocals on “Albatross,” which share a casual sultriness with Hope Sandoval of Mazzy Star. “Land of Living Skies” opens the record’s second half with almost seven minutes that plays out as a counter-punch to “Like the Ocean, Like the Innocent,” running in deep currents of destruction and paranoia.

Recording in its own studio seems to give the band opportunity to refine the textures involved, using careful pacing and a definite sense of grandeur to its benefit. The Besnard Lakes Are the Roaring Night is big and bold, in spirit and execution, a record that takes apocalyptic doom as a dance partner and manages to spin in some moments of beauty. (Jagjaguwar)

Surreal World Out There

You All Right, Babies?

Your Daily Lick: TV Mike and the Scarecrowes