1. The City of Berkeley is planning to exterminate thousands of gophers and ground squirrels along the shoreline because the animals are digging into an old landfill and releasing toxins into the bay, the Trib$ reports. The number of squirrels in the area has expanded dramatically because people have been feeding them — despite warnings posted by the city. The city tried to attract raptors to the area to prey on the gophers and ground squirrels, but the effort failed. The city has now hired an exterminator, but is declining to reveal what methods it will use to kill the animals. 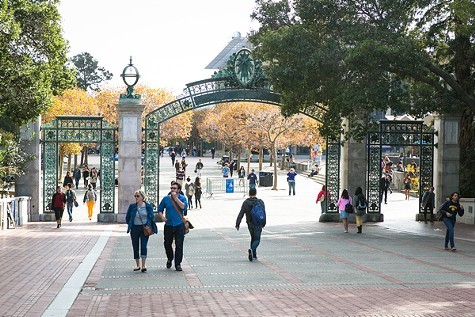 2. Following years of massive tuition hikes in California, the number of college students seeking financial aid has skyrocketed by nearly 74 percent in the past six years, the SacBee$ reports, citing new data from the US Department of Education.

3. The number of female students enrolled in computer science courses at UC Berkeley has soared in recent years, following an effort by the campus to attract more women to the classes, the Chron reports.

4. The overall education level in the United States remains disappointing, however, with 26 percent of Americans reporting that they think the sun revolves around the earth, National Journal reports (via Rough & Tumble).

5. And the backers of successful marijuana legalization efforts in Colorado and Washington have decided not to push for a statewide ballot measure in California this year and instead will wait until 2016, the LA Times$ reports.