.Activists Push for Raising Minimum Wage in Oakland to $12.25 an Hour 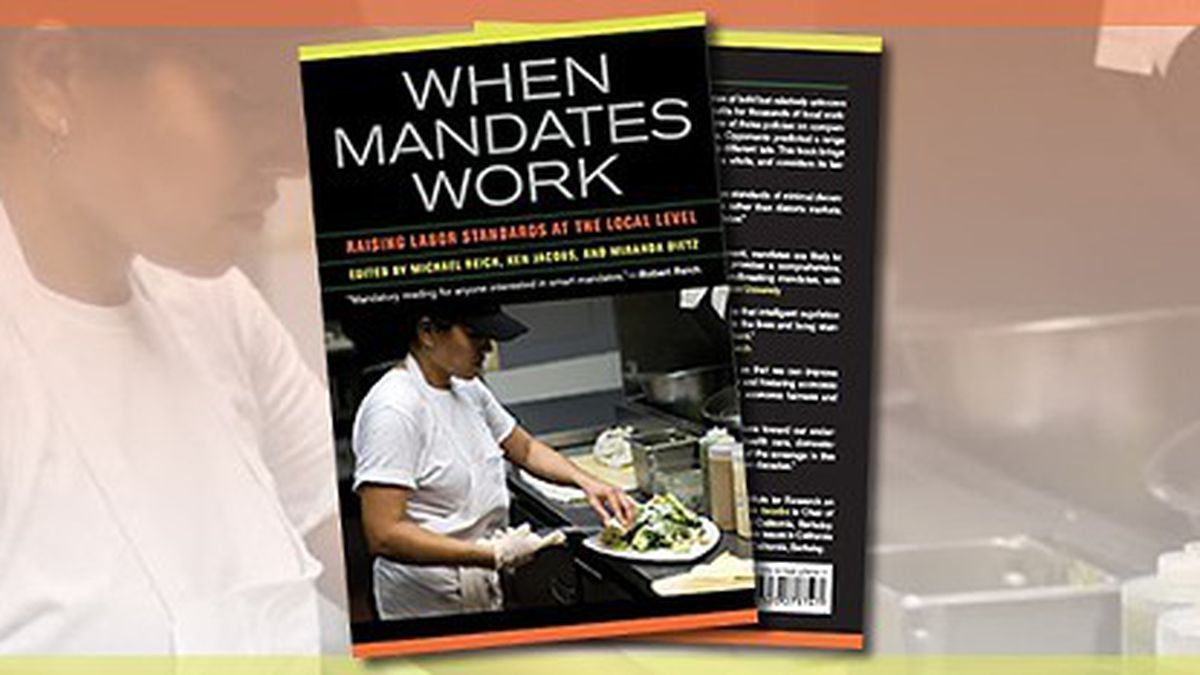 A coalition of low-wage workers, unions, clergy, and community organizations kicked off a campaign to raise Oakland’s minimum wage to $12.25 an hour at a morning rally in Fruitvale Village on Saturday. The campaign, calling itself Lift Up Oakland, is circulating a petition for a ballot measure that would not only raise the minimum wage in the city to one of the highest in the nation, but also includes a provision for annual cost-of-living increases and a requirement that employers provide at least five sick days a year.

Ebony Young, a home health care worker, addressed the rally with her preschooler in her arms. “I’m here on behalf of my daughter,” she said. “I don’t want a handout. I’m not a victim. I just want to be able to make enough money to provide for my little one.”

The two hundred or so attendees included members of Service Employees International Union (SEIU) Local 1021, Hotel Employees and Restaurant Employees (HERE) Local 2850, and other activist unions, as well as low-wage workers fresh from high-profile events aiming to publicize the need for higher wages at fast-food restaurants and Walmart. Rhonesha Victor, who makes $9.25 an hour working at a Kentucky Fried Chicken on 61st Street, emphasized one of the campaign’s themes. Raising the minimum wage, she said, “will definitely help the economy. Small businesses may argue they can’t afford it, but if my pay increases I can spend money in those stores.”

A recent book by three UC Berkeley professors supports this argument. When Mandates Work, a study of San Francisco’s labor policies and their effects, found that the city’s minimum wage, now at $10.74, has not hurt jobs — a frequent argument of opponents. On the contrary, during the time the city’s minimum wage has been in place, San Francisco has added jobs while employment in most surrounding counties has gone down. The buying power of low-wage workers in San Francisco has also consistently been higher than that of workers in other Bay Area towns.

Re Bun Ly, a worker at See’s Candy at Oakland Airport, told the rally that paid sick leave also benefits the community. “We don’t get paid sick days,” she said, “so we go to work sick because we can’t afford to lose a day’s pay. So we spread our germs around.” Bun Ly, who has been active in the campaign to unionize the airport’s non-union concessions, added that she and her husband have been staying with her sister because they can’t afford their own place. “And it’s not just our family,” she said. “It’s so many families out there.”

Tamika Williams, a member of the Alliance of Californians for Community Empowerment (ACCE), said her organization, which usually works on housing issues, is active in the campaign for a minimum wage “because it affects all of us. It’s hard trying to take care of my five kids and pay the bills.”

Some rally participants held signs saying “$100 a day to live in the Bay,” pointing to the need for higher wages to meet the high cost of living. In its annual report to the city last year, the Oakland Rent Adjustment Program said Oakland was “the second highest in percentage increase for rents in the county,” second only to San Francisco.

After a short rally supporters divided into teams and fanned out to different parts of Oakland to begin collecting signatures for their ballot measure.

In addition to ACCE, SEIU 1021, and HERE 2850, the coalition leading the Lift Up Oakland campaign includes the East Bay Alliance for a Sustainable Economy, Raise the Wage East Bay, the Restaurant Opportunities Center, SEIU Long Term Care Workers, and United Food and Commercial Workers Local 5. The measure has been endorsed by dozens of organizations including the Alameda Central Labor Council and the Faith Alliance for a Moral Economy.