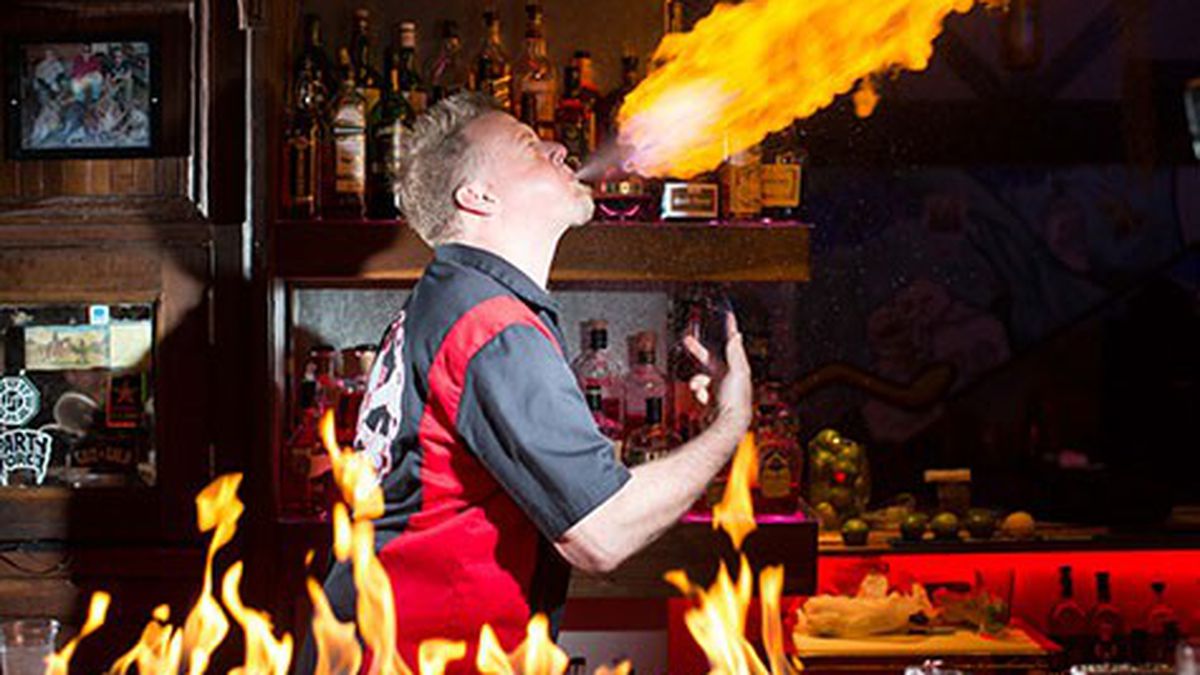 Get your drink on at these dirty dozen.

Yes, we know Tiki décor, leather upholstery, and taxidermy have been the rage for a while now in the East Bay’s bar scene, but sometimes we just want to do a bit of serious drinking at a no-frills watering hole. Luckily, the East Bay still has plenty of dive bars (although not as many as it once did). Here’s our dirty dozen: twelve places to get your drink on in cities west of the hills, from Hayward to El Cerrito (our list was culled from recommendations by some of the East Bay’s hardest drinking journalists).

12. Victorian Pub (15325 Washington Ave., San Leandro, 510-614-7130). Don’t be fooled by the name. The Victorian Pub is not at all Victorian. It’s a place where you throw back some whiskeys and wipe away the stress of the day. Populated by neighborhood residents and working stiffs, the Victorian is definitely not a bar to watch people sipping umbrella-y drinks.

11. The Dirty Bird Lounge (29308 Mission Blvd., Hayward, 510-537-2201, DirtyBirdLounge.com). Located next to a Smog ‘n’ Save and a used car lot (where “bad credit … is ok!”), The Dirty Bird is a roadhouse-style dive where your chances of running into a gaggle of hipsters are close to nil. But bikers? Yup. Plenty. Plus, there’s Arrogant Bastard on tap! And, if you absolutely must have a craft cocktail, The Dirty Bird’s got those, too. Try the Shits and Giggles ($6).

10. George Kayes (4044 Broadway, Oakland, 510-547-9374). Yes, we know the sign out front reads “Geo Kayes,” but it’s actually George Kayes, as any regular patron will tell you. Whatever. It’s a small, neighborhood bar for people who want to drink — with a few Temescal hipsters sprinkled in.

8. Hotsy Totsy Club (601 San Pablo Ave., Albany, 510-526-5986, HotsyTotsyClub.com). Open since 1939, Albany’s longest-running bar underwent major renovations six years ago — so it’s no longer the seedy dive it once was. But it still has that old-school feel (check out the shuffleboard table on the wall and the velvet paintings). Plus, the bar’s got an eye-popping selection of whiskeys, rums, and tequilas, with only one beer on tap: PBR, of course.

7. The Avenue (4822 Telegraph Ave., Oakland, 510-654-1423). The Avenue is equal parts neighborhood hangout and dive. It’s a got a pool table, a fireplace, pinball, and some serious drinkers. And did we mention the bike and chains hanging from the ceiling, the vinyl records on the wall, or the hanging skull chandelier?

5. Merchant’s Saloon (401 2nd St., Oakland, 510-465-8032, Merchants-Saloon.com). There was a time, not too long ago, before the Death of Newspapers, when this Jack London district dive was The Bar for East Bay reporters. The cops had the Warehouse and the journos had Merchant’s — two dives separated by just three blocks. Alas, those days are gone, but Merchant’s is still there, and still serving stiff drinks. It’s more modern now, less grungy, but still a classic. Stripper pole, anyone?

3. Ruby Room (132 14th St., Oakland, 510-444-7224). You wanna know how dark it is inside the Ruby Room? The bouncers and bartenders routinely card people in their fifties and older. We assume that’s because they can’t actually see the customers. We say that because we can’t really see them, either. But who needs to see anything when you’re bellying up to the bar and downing shots and chasers? Oh yeah, there’s a small dance floor and the club features free DJ nights when you want to dance in the DARK.

2. Heinold’s First and Last Chance Saloon, 48 Webster St., Oakland, 510-839-6761, Heinolds.com). How can Jack London’s onetime hangout not top our list? Good question. After all, this historic landmark is the East Bay’s original dive bar, having opened on the city’s waterfront in 1883 (!!) and built from the lumber of an old whaling ship. And the slanted floor? It’s been that way for 109 years, since the ’06 Quake.

1. Baggy’s by the Lake (288 E. 18th St., Oakland, 510-763-5721). This Eastlake neighborhood joint is Oakland’s version of Cheers. Unpretentious. Relaxed. Friendly clientele. Cool without trying. Plus, the bartenders are generous, and the drinks, cheap and stiff. A dive bar lover’s dive bar. &#8;

Correction: The original version of this story should have stated that our top twelve dive bars were from cities west of the hills — not east.