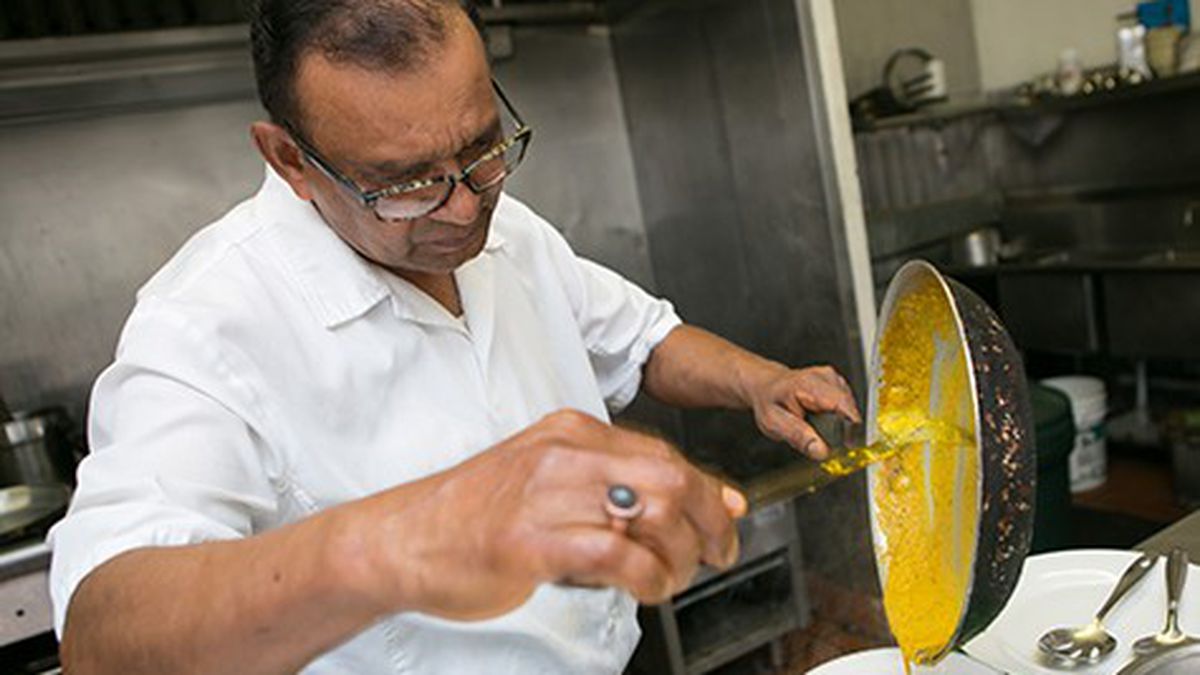 Oakland’s restaurant renaissance has yielded its share of high-end temples of gastronomy, where talented chefs hone their craft and take aim at Michelin stars. But let’s not get it twisted: The beating heart of the city’s vaunted food scene lies not in the tasting menu or the $12 craft cocktail, but rather in much humbler settings: in the tiny, family-owned taqueria or pho house, and in the dozens of vibrant, inexpensive eateries that crackle with electricity even on a random weeknight — where the amenities might be basic, but the food is so good that it stops you in your tracks.

The quintessential Oakland restaurant — which is to say, the kind of restaurant that locals bring out-of-town visitors to when we want to show off — is a place where deliciousness takes precedence over the niceties of formal table service. Who can forget the time when Kreayshawn declared, “We don’t eat that shit in Oakland. That’s fancy Oakland”? (In reference to the populist favorite Zachary’s Pizza, of all places!)

Because appealing to “fancy Oakland” isn’t a big priority, my favorite Oakland restaurants are surprisingly affordable, given the quality of the food. Take a place like Abura-ya (380 15th St.), a permanent pop-up that specializes in Japanese fried chicken and inventive, vegetable-centric izakaya-style small plates. At Abura-ya, at which you have to really make an effort to spend more than $30, and where customers might sip sake “sangria” out of a plastic cup while scarfing down teriyaki-drenched chicken karaage and nodding their heads to The Ramones.

In some cases, the quintessential Oakland restaurant might not even be a restaurant at all. It might be a place like POP Sandwich (378 17th St.), where fine-dining veteran Ian De Leoz slings sublime, banh mi-inspired sandwiches in the back deli section of a convenience store. According to De Leoz, the pop-up — temporarily closed until March 1 — might even add some tables and chairs after a quick remodel. And what restaurant represents Oakland better than Lucky Three Seven (2868 Fruitvale Ave.), a Filipino steam-table takeout joint where Biggie blasts from the speakers, and you’ll always find a steady, diverse stream of neighborhood folks getting their daily adobo and lumpia fix.

Indeed, it isn’t just that these restaurants are casual and affordable. Abura-ya chef-owner Adachi Hiroyuki, a newcomer to Oakland’s dining scene, said that what he most appreciates about the city is the sense of community. In Oakland, Hiroyuki explained, the overall attitude is “let’s do something together,” and restaurants have an organic connection to their neighborhoods that he never experienced as a chef in San Francisco’s financial district.

That sense of welcome and community-mindedness is something you’ll find at many of the restaurants that best represent Oakland’s dining scene — say, at Miss Ollie’s (901Washington St.), Sarah Kirnon’s Afro-Caribbean joint, which has helped anchor Old Oakland’s recent dining revival with its enviable repertoire of split-pea fritters, saltfish and ackee, and the best fried chicken in town. Or at Kingston 11 (2270 Telegraph Ave.), the Uptown Jamaican joint that features the most tender curried goat and, perhaps, the friendliest staff. It’s not for nothing that those two Caribbean restaurants consistently boast some of the most diverse crowds I’ve seen in Oakland.

It’s hard to talk about the Oakland restaurant scene without mentioning James Syhabout, a West Oakland native and possibly the city’s most famous chef. And as much as I adore Syhabout’s flagship restaurant Commis, when I think of Oakland my mind goes straight to Hawker Fare (2300 Webster St.), his dressed-down Southeast Asian street food joint.

Syhabout said that when he thinks of the restaurants that best embody Oakland’s dining scene, he thinks of places whose chefs are honoring their own heritage and cultural traditions — but doing it in a way that also allows their own personalities to shine. Among the examples he cited: the aforementioned Miss Ollie’s; Brown Sugar Kitchen (2534 Mandela Parkway), Tanya Holland’s upscale soul food joint; and FuseBOX (2311A Magnolia St.), the tiny Korean restaurant in West Oakland where chef Sunhui Chang works all kinds of magic with gochujang and kimchi. Of course, it isn’t just the trendy, new places that represent Oakland’s food scene (and it’s of endless irritation to me when national publications fly a big-name writer out to document Oakland’s burgeoning food scene and never even acknowledge the existence of Chinatown or Fruitvale.) How can you put together a list of must-visit Oakland restaurants without including at least one place like, say, Jalisco Restaurant (1721 International Blvd.), where on weekend afternoons you’ll find Mexican families going to town on big “mixto” plates — tender, slow-braised carnitas, with all of the less pretty, but undeniably delicious, bits of skin and tendon included.

Truth is, there’s a good chance that the quintessential Oakland might be a restaurant you’ve never heard of, in a neighborhood you’ve yet to visit. One of my favorites is Masala Cuisine (7912 International Blvd.), a tiny box of an Indian restaurant located in deep East Oakland, on a stretch of International Boulevard that some might describe as “the middle of nowhere,” but which for others is, of course, simply home. There, Rooplal and Sushil Masih, the husband and wife who run the place, will sit you down at the folding table at the edge of the kitchen, take your order, and, only then, start chopping the onions, and — if you go on the weekend — forming the dough for the griddled corn flatbread known as makki di roti. It’s a restaurant with no investors, no marketing team, and not the tiniest bit of pretension. Here’s hoping that Oakland will always be the kind of city where a place like that can thrive.