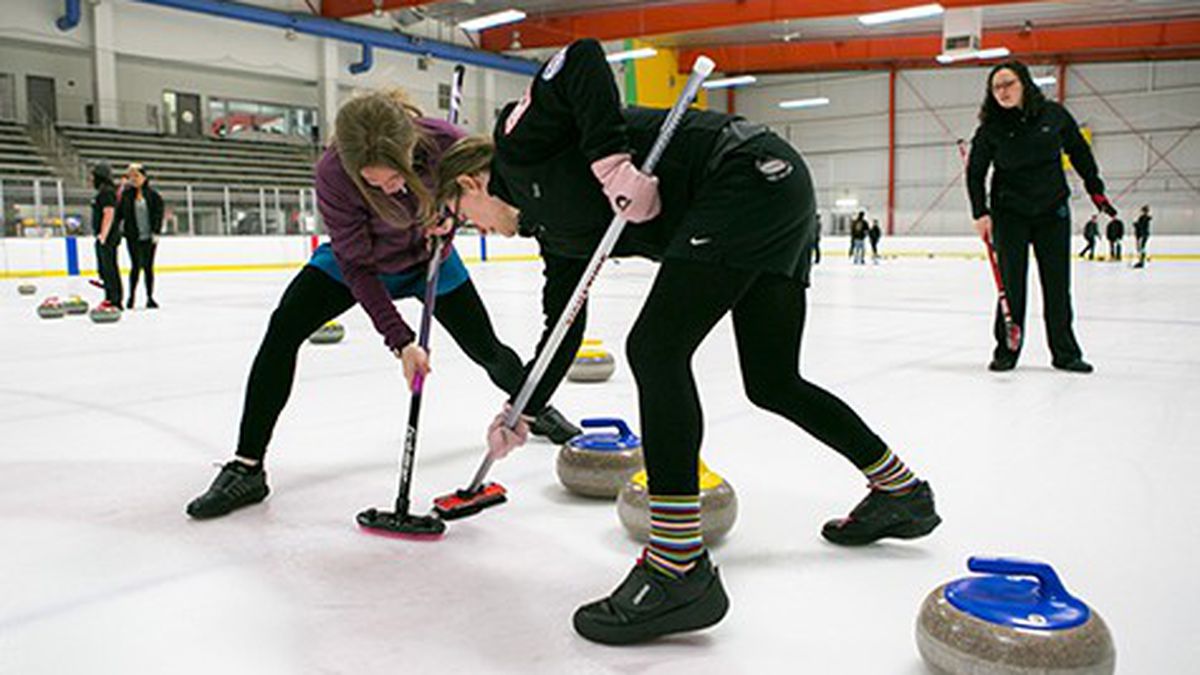 Including the best off-the-wall teams for players more interested in socializing than exercising.

If you’re sick of trying to score a date at crowded bars or on OkCupid, it may be time to go back to the tried-and-true high school method — join an extracurricular club. Just ask Hunter Huston, co-founder of the Recreational Adult Dodgeball (RAD) League in Oakland. “We have a lot of people that are dating now,” Huston said of his league, which formed in 2013. “It’s dodgeball. It’s goofy. … and it really is open to all.”

In the East Bay, there’s no shortage of amateur sports leagues that are as much about getting beers after games as they are about breaking a sweat. Here are some of the best options, including a few leagues for athletes who are eager to get competitive and burn some calories.

Although the mere mention of dodgeball can evoke traumatizing memories of third grade, don’t rule out RAD League just yet. The group, which plays at Claremont Middle School in Rockridge, uses a soft “no sting” ball and forbids head shots.

It can still get competitive, though. RAD hosts weekly league nights — which currently attract roughly 120 players across 8 teams — and will start registering players for its spring season in March ($50–$55 per person). If you’re not ready to commit to a team, RAD also hosts weekly $5 open gym nights, which are a good opportunity to test the waters. You may find yourself pleasantly surprised: “There really is a kind of nostalgia to it,” Hunter said. “It’s just this slice of your childhood coming back.” 5750 College Ave., Oakland, RadLeague.com.

If you have limited athletic ability and limited cash, Oakland Capture The Flag is a great option. Over the last five years, the group has been gathering at Frank Ogawa Plaza once or twice a month in spring and summer to play the childhood favorite game that involves two teams playing tag and fighting for the opponent’s flag. It’s free and no prior experience is necessary.

At a minimum, the group hosts ten-on-ten matches, but the club has at times seen more than eighty people show up for one game, according to David Harralson, one of the organizers. Oakland Capture The Flag currently has more than 350 members and will start up again in April. 1 Frank Ogawa Plaza, Oakland, Bit.ly/OaklandCTF.

The San Francisco Bay Area Curling Club, which is based out of the Oakland Ice Center and claims to be the oldest arena curling club in the country, has numerous opportunities for novices and experts in the sport, which involves sliding circular stones on ice. Fans of bocce ball or bowling may enjoy curling, though it does require more strategy (earning it the nickname “chess on ice”) and can also be more physically demanding, according to Kate Garfinkel, a Bay Area Curling board member. Still, the game attracts everyone from young children to senior citizens, she said, noting that it can be modified to support different abilities (the group has a wheelchair curling clinic this weekend, for example).

If you’re trying to get a sense of the social scene at Golden State Kickball, look no further than the group’s event lineup: It includes parties in the pre-season, at mid-season, and at the end of the season. And those are just the official outings of the group, which has partnered with Legionnaire Saloon. Marc Stretch, a co-founder, said the players in the league have played poker together, hosted barbecues, and organized other informal social events.

After the kickball league’s inaugural season last year, Stretch said that Golden State Kickball expects to attract more than 150 players for its second season, which begins March 12 and is now open for registration ($65–$75). The team plays in Mosswood Park in Oakland. 3612 Webster St., Oakland, GoldenStateKickball.com.

If you’ve got a group of friends or a company interested in joining a league, the Bay Area Disc Association, a nonprofit organization dedicated to Ultimate Frisbee, is a good choice. The organization’s summer league has options for experienced teams (Thursdays) and beginners (Mondays) at the Tom Bates Regional Sports Complex in Berkeley. For individual players, registration is now open for three East Bay spring leagues — a men’s team, a women’s team, and a co-ed group (all $50 per player). 400 Gilman St., Berkeley, BayAreaDisc.org.

That’s not a typo — Bay Area Vintage Base Ball uses the “base ball” spelling from the sport’s early days and adopts vintage game rules and gear based on 1886 guidelines. That includes seven balls for a walk, the requirement that players address the umpire as “sir,” a ban on contemporary gear, and other policies designed to transport participants back to the nineteenth century. There are four East Bay teams in the league, including the Oakland Colonels and the Berkeley Clarions.

Despite the vintage bats and uniforms, games are more than just historical reenactment — and they can get competitive, said Matt Petty, president of the organization. Still, he said, “We encourage anyone to come out and try it out.” League registration costs $85 per season, but the organization also hosts Fall Ball games that are more informal and good options for newbies. Multiple locations, BAVBB.com.