1. The Oakland City Council adopted a new budget this week that pays for a third police academy this year, the Trib$ reports. City leaders hope to increase the size of the police force to above seven hundred officers by the end of this year. The new budget, which included a $29 million surplus from higher-than-expected real estate tax revenues, also includes additional funding to combat illegal dumping, expand the city’s gunshot detection system, and pay for technology upgrades. The budget also provides more money for street repairs, libraries, and the city’s animal shelter. The council also voted to put about $625,000 in the city’s reserve — above the amount required. 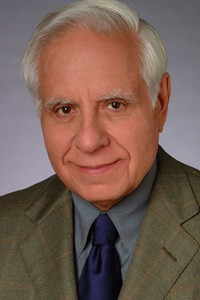 2. A’s co-owner Lew Wolff said he has no intention of renegotiating a lease deal at the Coliseum that the Oakland City Council rejected this week, the Trib$ reports. The council believes the lease terms are too generous to the A’s. The proposed deal, which has backing from Alameda County officials, calls for allowing the A’s to pay lower rents in years to come and it forgives the $5 million that the team owes in back rent. The A’s want to spend that $5 million to help pay for a new scoreboard, and then pocket all the ad proceeds from it.

3. The City of Berkeley has decided not to exterminate squirrels along the waterfront as planned and instead adopted a new law that criminalizes the feeding of wildlife in city parks, the Chron reports. The city was planning to gas the squirrels because they’re proliferating along the water and have been digging near a closed landfill, thereby raising concerns about toxins being unleashed into the bay. But after receiving tens of thousands of emails from animal lovers, the city council decided to spare the squirrels and establish $1,000 fines for the feeding of wildlife.

4. And a wildfire in Napa grew to more than 4,300 acres overnight and is threatening about 400 homes, the Chron reports. The fire also is heightening concerns that this year’s fire season could be the worst ever because of the historic drought conditions.