.The Women of Oakland Take Over

With Mayor Libby Schaaf's selection of Sabrina Landreth as city administrator, the city will be run by two female Oakland natives who not only agree on the issues, but also absolutely love The Town. 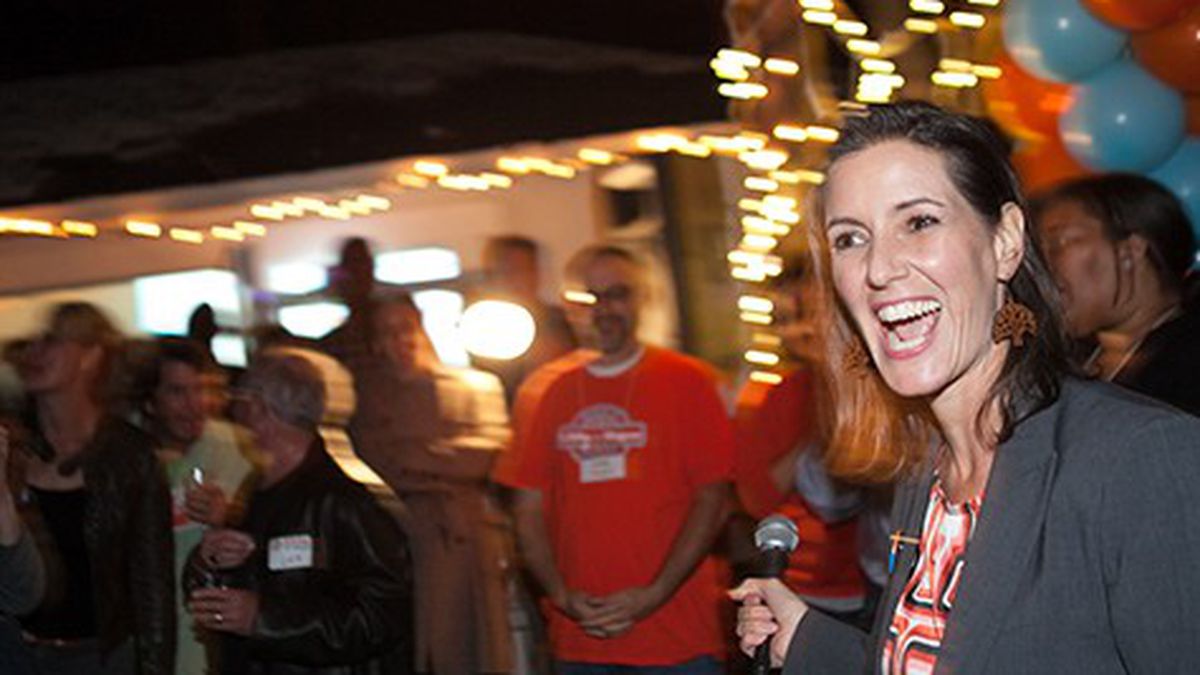 One of the downfalls of former Mayor Jean Quan’s administration was her selection of a city administrator — Deanna Santana — whose managerial style and political views were significantly different than those of the mayor. Quan and Santana clashed on numerous issues — most notably, the police department’s response to Occupy Oakland. And the ideological divide within the administration compounded the city’s many problems. Santana also made it clear that she viewed Oakland as no more than a stepping-stone to her next job.

New Mayor Libby Schaaf appears to have learned from that lesson. Late last week, Schaaf announced that she had selected Sabrina Landreth, who, like the mayor, is an Oakland native with an abiding affection for The Town. The whip-smart Landreth is currently Emeryville’s city manager, but she was Oakland’s budget director and an assistant city administrator during the Quan administration.

“She knows this community and she knows this organization,” Schaaf said in an interview, referring to Landreth’s experience in City Hall. “And she knows the budget. She’s someone who inspires confidence … and she’s committed to the longterm health of the city.”

Schaaf, 49, and Landreth, 39, have also been friends for years. The two served together in the Oakland City Council’s Legislative Analyst’s Office during the final years of the last decade, with Schaaf working as the chief analyst for the Community and Economic Development Committee and Landreth holding the same position with the Finance and Management Committee.

In late 2010, Schaaf won election to the council, and then soon after, Quan, who won the mayor’s seat that year, tapped Landreth to be the city’s new budget guru. Landreth immediately faced some monumental challenges: The Great Recession created a gaping hole in the city budget, and then Governor Jerry Brown made matters worse when he killed redevelopment statewide, thereby forcing Oakland to slash even more services.

Landreth quickly earned respect and praise inside City Hall for her mastery of the city’s finances. But over time, the clashes between Quan and Santana — and Santana’s dictatorial style — prompted an exodus from Frank Ogawa Plaza. In 2013, Landreth decided to take the job as Emeryville’s city manager, inking a two-year deal that expires on June 30 of this year. Quan and Santana eventually parted ways in early 2014, but by then the damage had been done. Quan’s fate was sealed when her next choice for city administrator, the popular Fred Blackwell, jumped ship last spring to take over the San Francisco Foundation.

After Schaaf defeated Quan and fellow Councilmember Rebecca Kaplan in the mayor’s race last November, Schaaf immediately launched a national search for a new city administrator. But she also began thinking about the possibility of hiring her old friend back from Emeryville.

Landreth, however, did not apply for the Oakland job. She said she felt committed to helping Emeryville succeed. Plus, she was still under contract.

But that didn’t deter Schaaf, who decided to recruit Landreth for the city administrator’s position. The two women had long talks about their political and managerial philosophies, and about Schaaf’s vision for Oakland, and it soon became clear that they were on the same page.

“I felt honored … to have the mayor tap you,” Landreth said. “So I answered the call.

“Over the years, we had already developed this great communication,” she continued. “And I can’t work for somebody who I don’t share fundamental values with.”

Landreth, because of her significant experience in Oakland, is expected to win quick confirmation from the Oakland City Council. However, she’s committed to helping Emeryville find her replacement. Under her agreement with Schaaf, Landreth will remain in Emeryville until the city hires a new city manager or until the end of her contract on June 30, whichever comes first. In the meantime, Oakland Interim City Administrator John Flores, who is also a former Emeryville city manager, will remain in the job until Landreth arrives.

“She’s a very loyal person,” Schaaf said of Landreth. “She takes her commitments seriously. And I absolutely respect that.”

As a fourth generation Oaklander, Landreth also is very loyal to Oakland. In fact, she and her family live in the same Crocker Highlands neighborhood where she grew up — five houses down from her childhood home.

Raiders on the Move?

The Oakland Raiders announced late last week that they have purchased a former landfill in the city of Carson, near Los Angeles, where they may build a new stadium with the San Diego Chargers. However, team owner Mark Davis said the Raiders’ first choice is to remain in Oakland. Schaaf said the city is committed to working with the Raiders, but she ruled out using taxpayer funds for building a new stadium. Both the Raiders and the A’s are examining the possibility of constructing new facilities on the current Coliseum property.