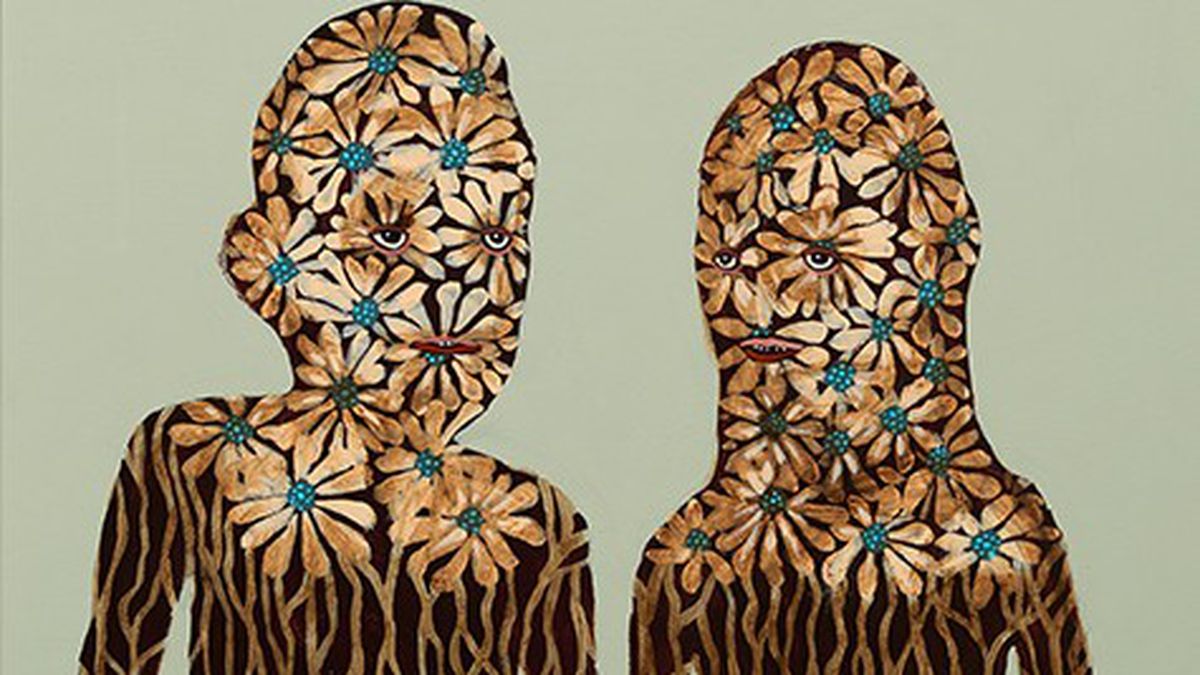 The Weirdness Is What’s Most Intriguing

John Casey thinks everyone is weird. People’s oddities are what make them interesting. For the past twenty years or so, Casey has been creating quirky characters with massive, veiny hands, sunken eyes, awkward teeth, and dirty noses. Most would likely describe his black-and-white drawings as darkly absurd with a poetic tinge. Hands emerge from eye sockets and mouths, massively oversized heads weigh down disproportionate bodies, and extra ones sprout from uncomfortable places, spitting tangles of tendrils. The surreal images are like snippets from mildly disturbing tales, rife with potential for psychoanalytic inferences of meaning.

Casey’s new solo show, Happy Accidents, now on view at The Compound Gallery (1167 65th St., Oakland), maintains his bizarre sensibility, but with a lighter tone. The works included represent a more straightforward inquiry into portraiture, and are rich with color and (relatively) cheerful characters. The show is a celebratory culmination of a long and gradual process of rediscovering what Casey calls the creative “play-space.” That’s the space where aesthetic experimentation occurs, and errors give way to new allowances of expression. It’s also where artists have fun.

For many years, Casey worked solely with ink, making clean and controlled drawings. In late 2010, he began using graphite to loosen his hand and bring a softer style to his work. And about a year ago, he decided to return to painting for the first time since art school. With that transition, his work took on bright colors. At the opening reception for Happy Accidents, Casey described this trajectory as learning to embrace uncertainty and the excitement of making mistakes. His painting process involves constant reworking without erasure, which allows for a more compromising approach to negotiating with accidents, and with that, a slackening of mental control.

While Casey’s previous work is largely introspective and personal, this new body of paintings and sculptures is outward-looking and positive. Thick strokes of paint contour some character’s faces like small rainbows and others are blossoming with flowery adornments. Casey’s cast of small, clay busts are propped up around the gallery — many wearing band T-shirts — like people picked off the eclectic streets of the East Bay and turned inside out to reveal the secret insecurities that make them interesting. Similar faces painted on wood cutouts peer down from high up on the gallery walls, overlooking the colorful scene. At a John Casey show, even the attendees’ faces start to look a little asymmetrical and odd.

The tension that exudes from Casey’s earlier work still lingers in Happy Accidents, but with a settled sense of acceptance. Casey said he likes to think of the people in the show as being comfortable with their weirdness, acknowledging their oddities with a vulnerable embrace.