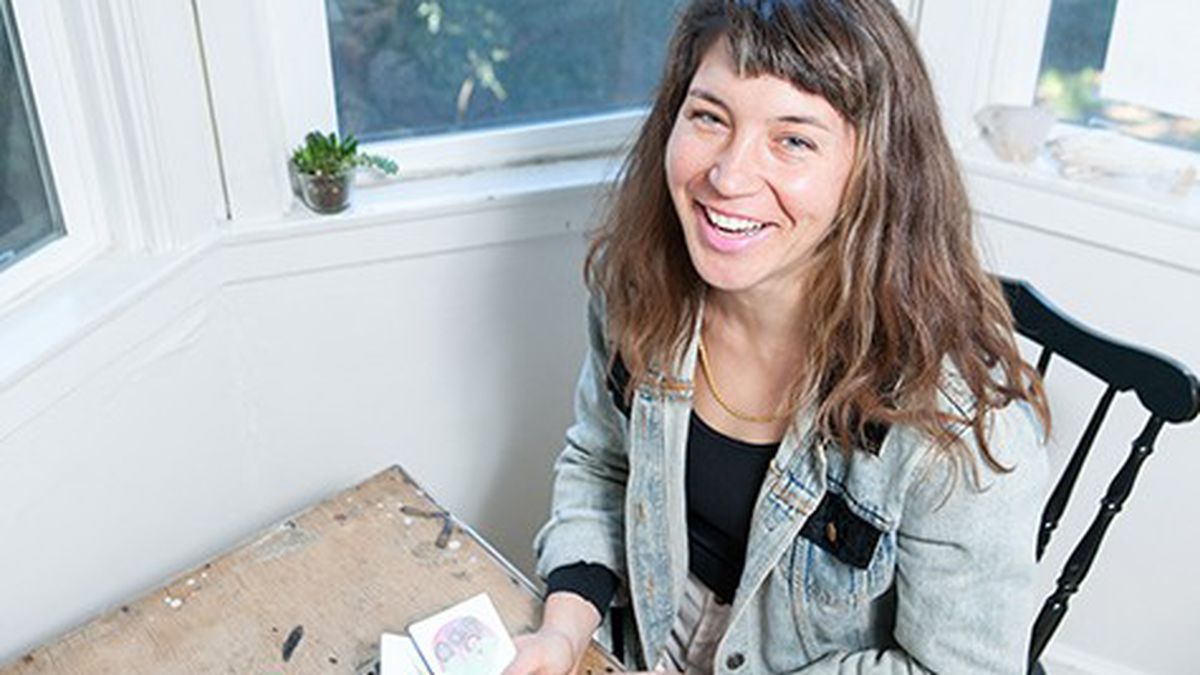 Two artists form their own do-it-yourself MFA program to learn and create outside of an institution.

When people ask artist Ryan Rebekah Erev about deciding to do a do-it-yourself MFA, she implies that it’s merely a matter of commitment. In her words, “I applied, and I accepted myself.” After spending five years teaching AP art in public schools in Olympia, Washington, Erev decided that it was her turn to go back to school. She wanted to return her focus to her studio practice, which she had put on the backburner in order to teach, so an MFA sounded like the right route. But after realizing the ridiculous cost of art school tuition (the MFA program at California College of the Arts is $43,350 a year, for example) she decided that she didn’t need institutionalized schooling to reach her learning goals.

Soon after moving to Oakland, Erev met Los Angeles-based artist Sarita Dougherty on a trip to Southern California. Dougherty felt that her MFA was a waste of money, so when she wanted to get a PhD, she decided to do team up with fellow artist David Whitaker and do it on her own terms. Inspired by the idea, Erev and local artist Rob Thoms devised their own MFA program, complete with syllabi, course reading, lectures, discussion, studio time, critiques, and exhibitions. It’s just like a conventional MFA program, except the syllabi are self-written, the course reading comes from the library, and the lectures are public. Clearly, one can’t write a fully informed syllabus before learning all the materials on it. So, Erev and Thoms set learning objectives, and will pave their paths together as they learn, challenging each other through extensive discussion. Because Erev designed independent programs while getting her Bachelor’s degree in Fine Arts at Evergreen College, and has years of experience as well as a master’s in teaching, organizing the program came easily.

Erev and Thoms began their first semester a few months ago, and others have already expressed interest in joining. When asked if she wants to start a movement of non-institutional MFA programs, Erev said absolutely, but she won’t make that happen. “My own personal political beliefs are very non-hierarchical and non-institutional, so when people express interest, I’m like, ‘Great! It’s not mine! Do it!'” she said.

The biggest difficulty for pursuing such a program is maintaining a focus on studying, while also earning a living. Luckily, Erev is able to make ends meet by selling artwork and doing odd jobs. She currently has paintings up at E.M. Wolfman (410 13th St., Oakland) from a set of divination cards that she recently produced ­called Moon Angel cards. Each card is printed with an original painting, and corresponds to a spiritual book of meanings. (Erev is also a Hebrew priestess).

On Thursday, February 5, Erev and Thoms will open their mid-semester show at Down at Lulu’s (6603 Telegraph Ave., Oakland), We’re Seeing Portals Everywhere! The show will include a series of paintings, entitled “The View,” concerned with the intersection of colonialism and visual objectification, as well as short, surprise performance art pieces by Erev. Thoms will show a series of participatory pieces called “Know-Thy-Selfie,” among others. See what an MFA outside of institutionalized learning looks like.

Flavors of the Month