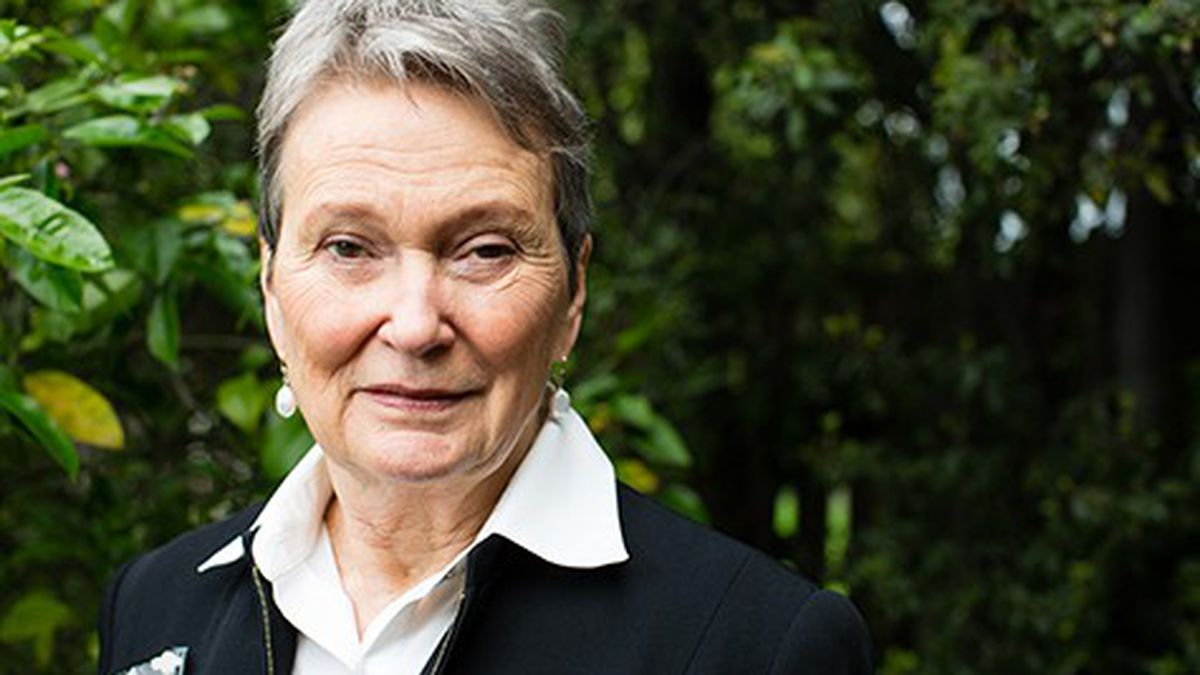 The Senator Versus Coal

East Bay State Senator Loni Hancock has thrown down a legislative gauntlet to stop coal exports from going through Oakland — and the rest of California.

The coal industry — responsible for much of the CO2 pollution driving climate change — is dying, and State Senator Loni Hancock, D-Berkeley, wants to help bury it. Hancock, whose district encompasses much of the East Bay, from Rodeo to San Leandro, has spent the last half year drafting legislation designed to prevent millions of tons of coal from being transported by train through the East Bay and exported from a marine terminal that is to be built in Oakland near the foot of the Bay Bridge. Hancock also wants to block any future coal export schemes in the state.

It’s not a fight she expected to have to take up in 2016, her final year in the state Capitol. “I think it’s front and center in my responsibilities as a senator,” said Hancock in an interview last week. “One of the reasons I ran for the state legislature in the first place was my concern about catastrophic climate change, and what it means for future generations.”

Hancock was elected to the California Senate in 2008, and has championed various environmental and social justice issues throughout her long career in local and state office. Before becoming a senator, she served three terms in the Assembly. She was also the mayor of Berkeley from 1986 to 1994. She has five adult children and seven grandchildren, three of whom are growing up in the East Bay. And in her last year of public office, she has made coal her top priority. If successful, it will become part of her considerable legacy.

Last month, Hancock introduced four bills in the Senate designed to stop coal. One would declare that the transportation of coal through Oakland presents a danger to the health and safety of Oakland residents and workers. If it becomes law, it would bolster an existing clause in the contract between the City of Oakland and developer Phil Tagami’s company, CCIG-Oakland Global, which controls the land where the coal export hub would be built. The contract clause states that the Oakland City Council can block any proposed activity by the developer that could have harmful health and safety impacts. Although Hancock admits that this legislation can’t outright ban coal shipments through Oakland, she says it would empower the city council to reject coal as part of the massive redevelopment project at the old Oakland Army Base on the city’s waterfront.

Another of Hancock’s bills would require new environmental studies for the proposed shipment of coal through Oakland. Many contend that coal transportation was never studied in the original environmental analyses for the Army Base redevelopment project, and that if it had been, the results would have shown unambiguously that it would have significant negative impacts on air quality. (Attorneys representing the developers have contended that coal was included among many other “bulk commodities” when the original analyses were completed; therefore, no new studies are necessary.)

The two other bills in Hancock’s legislative package would prohibit the use of public funds to build or operate port facilities in California that export coal and would require new private port facilities that ship coal to fully mitigate the greenhouse gas emissions that result from burning the fuel. Hancock said her mitigation requirement would bring any new coal facilities under California’s cap-and-trade regime, ensuring that coal transportation companies would have to purchase carbon offsets that neutralize the CO2 emissions that would result from the combustion of fuel they bring to the market. “We cannot allow this to happen,” said Hancock about the prospect of California becoming a major depot for the global coal industry.

In laying down this legislative gauntlet, Hancock isn’t just battling Tagami and former Port of Oakland Executive Director Jerry Bridges, whose company, Terminal Logistics Solutions, has the rights to build and operate the coal terminal, the senator is also fighting Utah lawmakers and the Kentucky-based coal company Bowie Resource Partners. For several years now, Bowie has been quietly trying to secure Oakland as its Pacific gateway to ship millions of tons of Utah coal to Asian markets (see “Banking On Coal,” 8/19/15).

In 2014, Bowie tried to convince the Port of Oakland to approve a coal export terminal near Jack London Square. The port’s board of commissioners rejected the plan because it would result in coal dust blowing into nearby neighborhoods from trains, silos, and ships. Then last year, it was revealed that four Utah counties had secured a $53 million interest free loan from a Utah state agency called the Community Impact Fund Board (CIB) to help finance construction of a new marine terminal in Oakland — on land that is owned by the city. The Oakland terminal would export coal produced from three mines owned by Bowie Resource Partners located inside the four Utah counties.

That plan, however, ran into legal troubles. Utah and California environmental groups and elected officials raised questions about whether CIB funds could be used to subsidize a private fossil fuel project — one that is outside of Utah. CIB funds are supposed to only be spent on public infrastructure and services in Utah — for things like fire stations and sewers — according to the CIB’s enabling legislation.

Two weeks ago, Utah State Senator Stuart Adams introduced a complicated bill in the Utah Senate that is designed to overcome this legal problem. Adams’ bill would essentially launder the $53 million in CIB funds through the Utah Department of Transportation so that the money can be used to help pay for construction of the coal export terminal in Oakland.

As the Express reported last Thursday online, Adams and thirty other key Utah lawmakers received $15,000 in campaign contributions from Bowie Resource Partners in 2014. Bowie also donated $14,000 to Utah Governor Gary Herbert in 2014 and 2015.

Hancock made a last ditch effort to convince Utah’s lawmakers that subsidizing an Oakland coal terminal is unwanted and risky. “I strongly oppose your bill to invest $53 million in Utah taxpayers’ money to build a coal-export terminal in California,” Hancock wrote in a March 2 letter to Utah Senator Adams. “Environmental groups from Oakland and the Bay Area strongly oppose the transport of coal and are working together to stop the project.”

Hancock also informed Adams of her four anti-coal bills that will be considered by the California Senate in April. “I would think that Utah residents would also question whether their hard-earned tax dollars should be going to build a railroad and port terminal in another state instead of promoting sustainable economic development in Utah,” she wrote.

Some Utah lawmakers raised Hancock’s criticisms during debates in the Senate and House of Representatives last week, but Adams’ $53 million coal subsidy was approved by both houses and will likely be signed by Governor Herbert.

Hancock said the use of public money is a bad investment in a “dying industry” and can only result in environmental damage and economic losses. She said it appears that the coal industry is attempting to use public money to stay afloat, because private investors have all but abandoned coal.

“Institutional investors are pulling out of coal,” said Tom Sanzillo of the Institute for Energy Economics and Financial Analysis, a think tank that promotes renewable energy development. “The industry isn’t collapsing, it has collapsed.”

Even Bowie Resource Partners is in financial trouble, according to recent reports. Bowie was in talks to purchase three coal mines from Peabody Energy, the largest US coal company, but Bowie has been unable to find a bank or other investor willing to finance the deal. Peabody meanwhile is careening toward bankruptcy, and in the past year, four of the other biggest US coal companies have all declared bankruptcy as global demand for coal plummets.

On March 7, Hancock sent a letter to California Transportation Commission Chairman Bob Alvarado, asking that the CTC consider postponing any further funding for the Army Base redevelopment project until the commission determines whether a coal export terminal undermines the intent of Proposition 1B, the ballot initiative that raised billions in gas taxes and vehicle fees specifically to pay for transportation infrastructure that would improve air quality. Susan Branson of the CTC told me last week that they are reviewing Hancock’s request and formulating a response.

“Public money should be invested in the 21st century sustainable energy economy,” said Hancock. “And it does not include coal.”