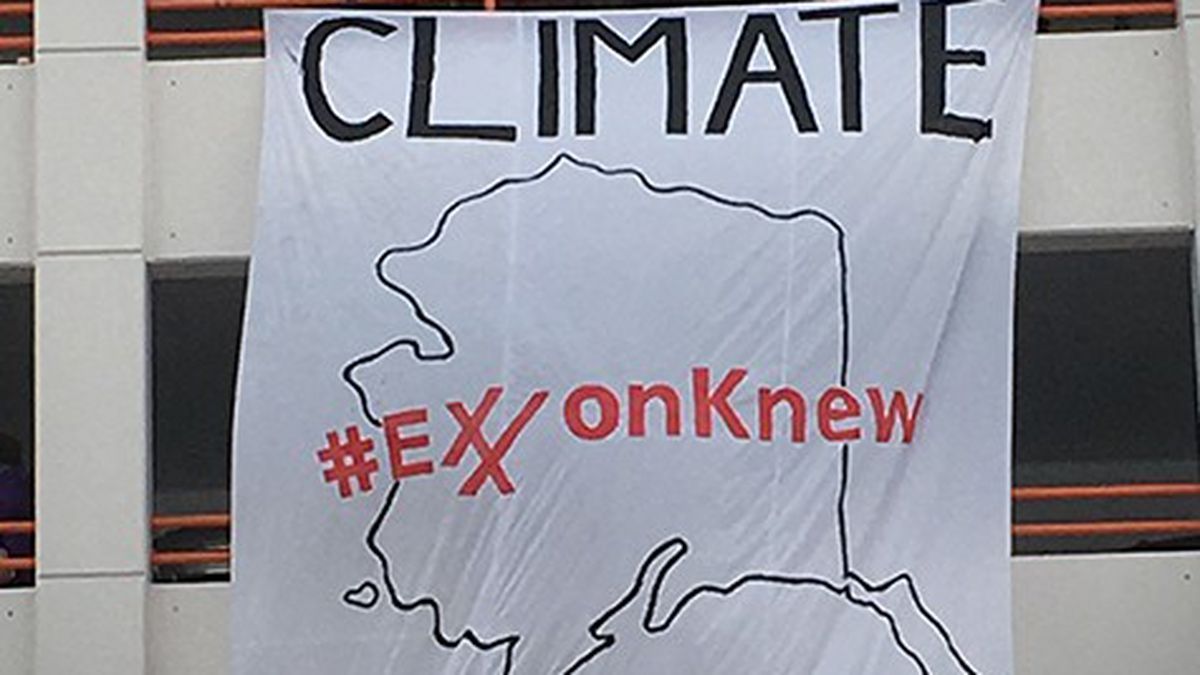 A Letter from Alaska

The fallout from climate change is impacting this "fragile" state.

Earlier this week, Dallas Seavey, the winning musher of Iditarod 2016, entered Nome, a town on Alaska’s remote Seward Peninsula. Pulled by teams of delightful sled dogs, Seavey and his fellow finishers covered 1,000 miles of harsh, dangerous, and unforgiving terrain. Iditarod mushers are an outspoken group of hardy northern souls — men and women, native and white. Some race to win and secure the prestige and endorsement deals that come with victory. For others, the goal is to experience the wilderness and finish with happy and healthy dogs.

But the race is changing for the mushers and their teams because of the impacts of climate change. Many teams have had to wade through bone chillingly cold streams that are normally frozen this time of year. Some mushers have found that their teams have had trouble exerting themselves because of the warm weather. And organizers had to bring in seven train cars of snow to the ceremonial start in Anchorage. An old saying in Alaska is that spring does not come until after the Iditarod. Now, it seems, spring comes first.

Historically, the Iditarod trail follows the “serum run,” a route over which diphtheria serum was carried to Nome after an outbreak there in 1925. Flying the desperately needed serum into Nome in the dead of winter was not possible, so it was carried village to village, with each village along the trail offering their best musher and dogsled team.

Nature writer John McPhee marveled at the “effete” terms — like “fragile” and “delicate” — that are often used to describe the Alaskan environment through which the race is held. Yet even as McPhee told stories of hearty bush Alaskans living off their trapping and hunting skills in his superb Coming into the Country, he acknowledged the fragility of the place with its vulnerable terrain. That terrain and its people are now under siege from climate change.

Alaska, McPhee wrote, has constantly seen cycles, such as caribou and salmon changing movement patterns. The native peoples followed those natural cycles and engaged in their own survival cycles as the gasoline engines of Evinrude, snow machines, and bush planes entered their lands. But now it feels like something is very different.

During my recent visit for the start of the Iditarod, the effects of climate change were on full display. Local news outlets and meteorologists called the weather “weird,” “wacky,” and “broken.” David Hulen, editor for the Alaska Dispatch News in Anchorage, who has spent nearly thirty years in the state, worries that the freeze-thaw cycle is out of whack, “changing the nature of the place.” In the past, the state would freeze in the fall and unfreeze in the spring. But this decade, in many locations, multiple freezes and thaws have occurred. This winter also has been the driest in centuries in some areas, ensuring a bad wildfire this summer season.

Fifteen percent of Alaska’s residents are Native Americans and many face the prospect of becoming climate refugees in the very near future. Many are also active in important issues of the day. Esau Sinnok, an eighteen-year-old resident of Shishmaref, a Inupiaq community located on a barrier island north of the Bering Strait, told me that he worries that climate change will be costly in human terms, “breaking up the community and killing the dialect of the people.” Sinnok has been a youth leader in the struggle to make sure that the voices of those affected most directly by climate change are heard, especially native peoples. He attended the climate talks in Paris earlier this year and will be on hand for discussions about renewable energy this week at the Arctic Science Summit in Fairbanks.

During Sinnok’s lifetime, Shishmaref has lost one hundred feet of land to the sea, and it is likely that within two decades, the land upon which his community is based will be washed away. Traditional means of survival are also in peril as the lack of ice has made normal hunting and fishing much harder. Plans have been made to move the community, but with the melting permafrost from warmer temperatures and the further erosion of ice, the cost of such a relocation would be high for the Inupiaq.

It is not just native people who are feeling the pain. Alaska is facing a fragility in economic and social life. Crashing oil prices are taking a serious toll on the state. Like the oil dependent countries of Venezuela and Nigeria, Alaska is finding that reliance on this single commodity has serious drawbacks especially when facing the double whammy of the concerted movement to limit carbon use and the oversupply of natural gas from fracking. Jobs are draining from the state. Shell and Apache Corporation are ending their efforts to find oil, ConocoPhillips is downsizing, and many remaining projects are being mothballed. Even oil rigs in Prudhoe Bay are shuttering, putting the efficacy of the Trans-Alaska pipeline at risk.

“Alaska’s situation today is a fundamental loss of the way we earn our way in the world,” economist Gregg Erickson told the Alaska Dispatch News. “I don’t think there is any doubt that we are headed for the deepest recession in Alaska’s history as a state.”

The state budget is deeply dependent on oil revenue, and its deficit is now nearly $4 billion. Rating agencies have downgraded the state’s finances, and the legislature is engaged in an orgy of cutting social services. A reinstatement of a state income tax and a reduction of payments from the Permanent Fund are likely. This fund, financed by oil revenues, has been doling out nearly $2,000 a year to all Alaskan citizens. With shocking Alaskan frankness of opinion, a legislator from Sarah Palin’s home town of Wasilla suggested that to reduce state government expenditures, seniors should consider leaving the state, because “Alaska is a tough state for older folks to live in, slipping, falling, icy, so on and so forth.”

To the visitor, Alaska feels very American, with fun and friendly people, but residents share a strong sense of the “don’t tread on me” attitude. They hold a contempt for big government, and Alaskan politicians harangue federal officials for sport. Yet, except for oil and some fishing and mining, the state basically runs on government payouts. These two poles, the hatred of government and the dependence upon it, engenders a slightly schizophrenic mindset that, with the cold and darkness of the far north, imparts a somewhat eerie sensation for visitors.

And in good times or bad, Alaskans are uniquely sensitive about people outside their communities telling them what to do. A proposal involving the protection of Alaska wilderness by Congressmember Jared Huffman, D-San Rafael, whose district runs from the Golden Gate Bridge to the Oregon border, was met by derision from many Alaskans. Huffman’s coastal Plain Arctic Wilderness Act would designate the 1.5 million-acre Coastal Plain of the Arctic National Wildlife Refuge as wilderness, codifying into law permanent protections from damaging activities like oil drilling. To be fair to Alaskans, this is the same Congressmember Huffman who waffled on one of the more important environmental issues in his district — the closing of the commercial oyster farm that stood in the way of the completion of the second marine wilderness area in the national park system. Ironically, the first was in Alaska’s Glacier Bay.

As for the Iditarod, it is an extraordinarily friendly event. Visitors typically watch the race either at the start, in south central Alaska, or at the finish, along the Alaskan slope. The event has a romantic frontier feeling, and spectators can approach and speak with the resourceful and cheerful mushers, while encountering a kaleidoscope of arctic fun. Like many of us, the mushers love their dogs. One of my favorite mushers, Hugh Neff, introduced me to his lively sled dog, Stevie Ray, named in honor of Neff’s attendance at Stevie Ray Vaughan’s last concert.

And given the financial morass that the state and its citizens find themselves in, tourist dollars are much appreciated. Maybe the current crisis will help the state move toward the renewable energy projects for which Esau Sinnok is advocating. If Alaska’s oil stayed in the ground, the planet would certainly be better for it.

Facebook
Twitter
Previous articleParents Are Outraged that an Ex-49er, Who Is on Trial for Sexual Assault, Spoke to Students About Self-Discipline
Next articleWednesday Must Reads: Obama Picks Centrist for Supreme Court; Oakland Council Okays Controversial Housing Plan
18,632FansLike
0FollowersFollow
67,429FollowersFollow

Blame It on the Bubbly

Meet the New Oakland: Same as the Old Oakland