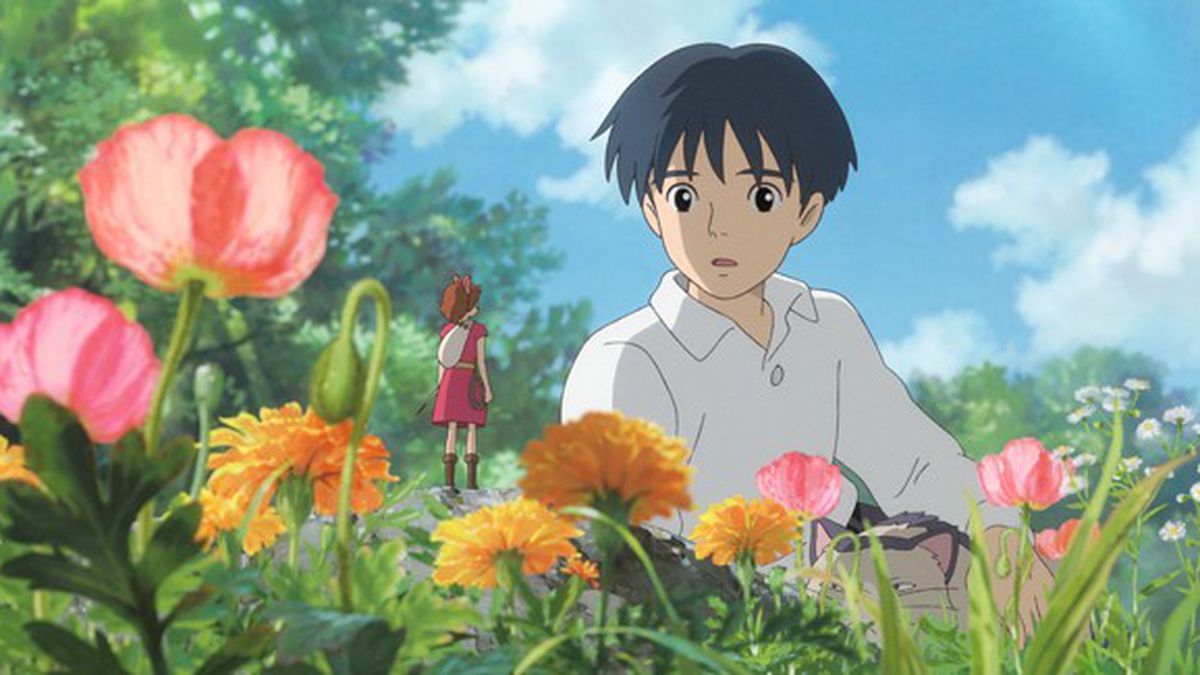 The Secret World of Arrietty

My little friend no one knows about.

The first thing we notice about The Secret World of Arrietty is how quiet it is. In fact, even for a Studio Ghibli production it’s notably calm and unrushed. But then that’s one of the trademarks of Ghibli head man Hayao Miyazaki (Spirited Away, Ponyo), who executive-produced this typically fanciful animated fable with help from Frank Marshall, Kathleen Kennedy, and directors Hiromasa Yonebayashi (original Japanese version) and Gary Rydstrom (US version).

As if in direct apposition to the squeaky-voiced clatter and nonstop audio hype of 90 percent of Hollywood-made animated family entertainment, Arrietty invites us to slow down, listen, and pay close attention to what’s being shown to us onscreen. In a nutshell, or — more appropriately for a story of little people who live under the floorboards of a country home — in a tiny teapot, a young teenage boy confined to bed with a heart ailment (Shawn, voiced by David Henrie) learns important things from his diminutive new friend Arrietty (Bridgit Mendler), but at a cost.

Arrietty Clock lives with her skittish mother Homily (Amy Poehler) and brave father Pod (Will Arnett) in a cute wee cottage inside a pile of bricks in the crawlspace under the house of Shawn’s aunt. The Clocks are “Borrowers,” tiny folks of local legend who have learned to creep upstairs, avoiding centipedes and rats, to “borrow” things the “Beings” will never miss, like a sugar cube or a tissue. They lead a snug but watchful life. However, thirteen-year-old Arrietty is beginning to feel the pull of adolescence, and pines for a special friend. That’s where Shawn comes in. His parents, too busy to care for him, have packed him off to the country for a sort of rest cure. He’s to stay in bed or relax in the garden under the care of the housekeeper Haru, a cruel snoop (brilliantly hammy Carol Burnett). Shawn and Arrietty instantly bond with each other, but suspicious Haru aims to literally squash the friendship out of spite.

This minute adventure is probably a bit too underplayed for kids. Its main audience, outside of dedicated Miyazaki fans, will probably be the same people who can never get enough Hobbits. It certainly belongs in the second rank of Ghibli fantasies. But give it a chance. Pay attention to the careful details: the postage-stamp art on the walls of Arrietty’s cottage; resourceful Pod’s resemblance to Harrison Ford; Shawn’s morbid fatalism, ultimately dispelled by Arrietty’s forthright courage; the gorgeous artwork, especially the woodsy exteriors; and above all, Arrietty’s rather grim world view. It’s a tough world. We need to hunker down, protect ourselves, and be ready to move on.