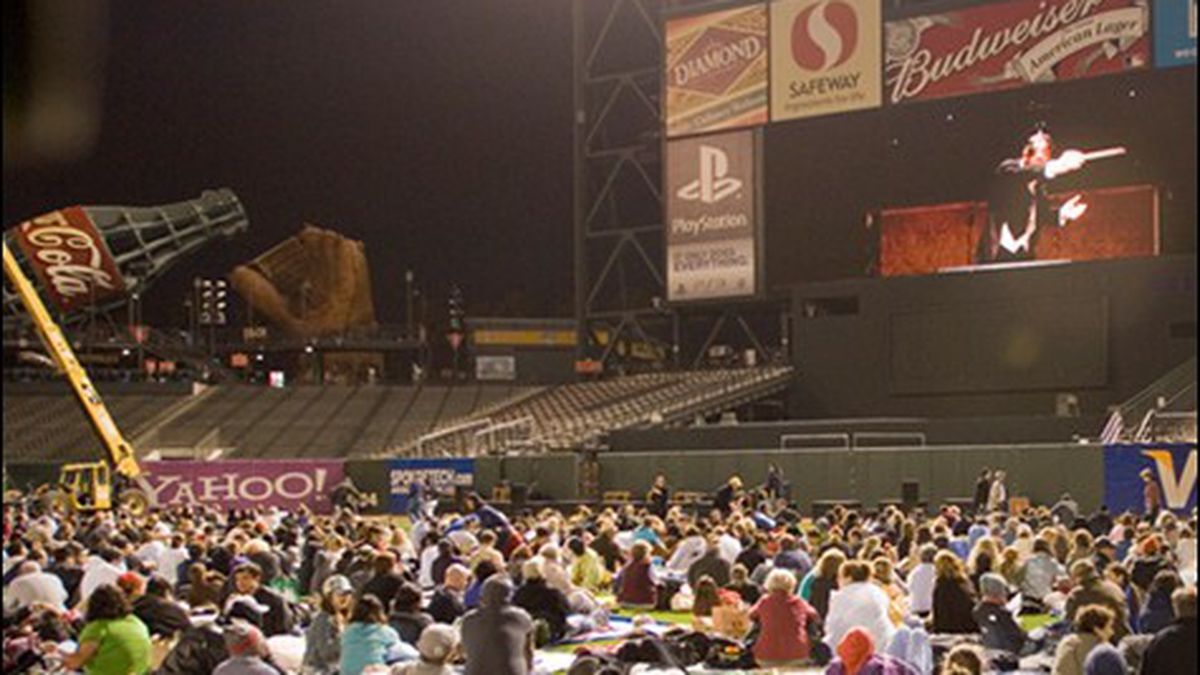 As it enters its fall season, the company continues to bring the art form to the masses

With ticket prices topping out at hundreds of dollars, opera isn’t exactly known for putting a premium on mass appeal. So as the average opera fan’s age creeps toward seventy, and as fine arts organizations of all kinds continue to be hit hard by the recession and its aftershocks, opera companies are faced with a choice: diversify their audience or die out. But while the San Francisco Opera, one of the country’s oldest and most well-regarded companies, prepares to mount its impressive and ambitious 88th fall season, it’s finding ways to stay relevant — and afloat — without sacrificing its commitment to high-quality and artistically authentic opera.

Company Associate General Director Matthew Shilvock knows all too well the unique challenges and opportunities that opera presents. “Opera has this great ability to reach deep into our souls and illuminate our own foibles and aspirations as human beings,” he said. “So it has this great power, but it also his this reputation of elitism — of something you have to sit through in the dark, it’s expensive, it’s sung in words you don’t understand.” And especially in a world increasingly crowded by cheaper, more easily digestible entertainment alternatives, opera is in danger of being drowned out. Recent figures show ticket sales stagnating, and opera’s demographic is old and getting older. The average Metropolitan Opera viewer is now 65 years old; for the San Francisco Opera’s 2008-09 season, the average ticket buyer was 58.

But under the leadership of General Director David Gockley, who took his position in 2007, San Francisco Opera has been making a concerted effort to change all that by sculpting new audiences and making opera more accessible. The company offers ticketing deals for students and young professionals — the cheapest spot is priced less than a movie ticket, if you’re willing to stand — and Shilvock said it’s currently developing what he calls “a major new initiative for bringing in new audiences.”

And beyond simply making tickets cheaper, the company is reimagining the delivery mechanism altogether. “The more we can get opera out there, the more people can lose their fear for it,” said Shilvock, who is tasked in part with managing the opera’s media and education departments. He and his colleagues have been experimenting with radio and television broadcasts and recently became the only opera house in America with an in-house high-definition media suite, which enables the unobtrusive recording of productions for later broadcast. This season, four full-length operas will be recorded live and broadcast on KQED.

The opera company’s largest-scale exercise in bringing its product to the masses is its Opera at the Ballpark Series, the next iteration of which will broadcast Aida live on a 103-foot-wide scoreboard for free at AT&T Park on September 24. According to Shilvock, San Francisco was one of the first opera companies to try simulcasting its shows; since 2006, seven shows have been shown at venues throughout the Bay Area for nearly 120,000 fans. It’s a way to draw new fans and reimagine the form without having to resort to gimmicks or sacrifice the integrity of the show. The product is still the same — faithfully rendered exactly as it is in the operahouse, subtitles and all — but when it’s being watched by 27,000 people in the ballpark, it begins to look less like a stuffy diversion for the over-sixty set and more like a spectator sport. Indeed, the average simulcast viewer is 49 — nine years younger than at the opera’s traditional shows. Families with small children can attend without fear of being shushed, and if people don’t like it, they can simply leave, although Shilvock said they rarely do. “People tend to enjoy themselves once they get through the door, it’s getting them through the door that’s the challenge. At the end of the day, people are going to come back because they enjoy what we do.”

And what Shilvock and his colleagues do is create some of the most critically acclaimed and masterfully produced opera in the country. Innovative new practices aside, the fall season presents a well-balanced mix of classics — season-opener Aida, Marriage of Figaro, Madame Butterfly — and lesser-known, rarely performed gems: The Makropulos Case, Werther, Cyrano De Bergerac, each of which Shilvock says are staged only once every three or four decades. “These are operas that people may very well never get a chance to see again,” said Greg Henkel, director of artistic administration.

The stars, as well, present a balance: Though many shows will feature young stars in role debuts, Cyrano stars Placido Domingo, arguably opera’s biggest household name, in the title role. Starting in July, the Opera will stage Richard Wagner‘s The Ring of the Nibelung, an epic four-opera cycle that clocks in at fifteen hours total. It’s an unlikely — and expensive — choice as many companies are scaling back, but Shilvock and Henkel said it’s worth it. “The Ring is a very unique event in an opera company’s life. It’s got its own set of expenses — a very large orchestra, long operas, complicated scenery.” Shilvock said. “It’s a huge undertaking, but it really is the pinnacle of artistic endeavor for an opera company.” The cycle will be presented in tandem with a months-long festival consisting of symposia, lectures, exhibits, and more, all aimed at placing what is perhaps the world’s most famous opera in context. It’s a fitting end to the season for a company committed to staying faithful to the form at its core while at the same time opening it up to new audiences and new interpretations. “We have to constantly be a partner with the community,” Shilvock said. “We have to constantly make sure we’re reflecting peoples’ interests, need, and desires. The Ring is something the entire community can get behind.”