In just his first year at the institution's helm, Matías Tarnopolsky has already managed to build upon the legacy of his predecessor. 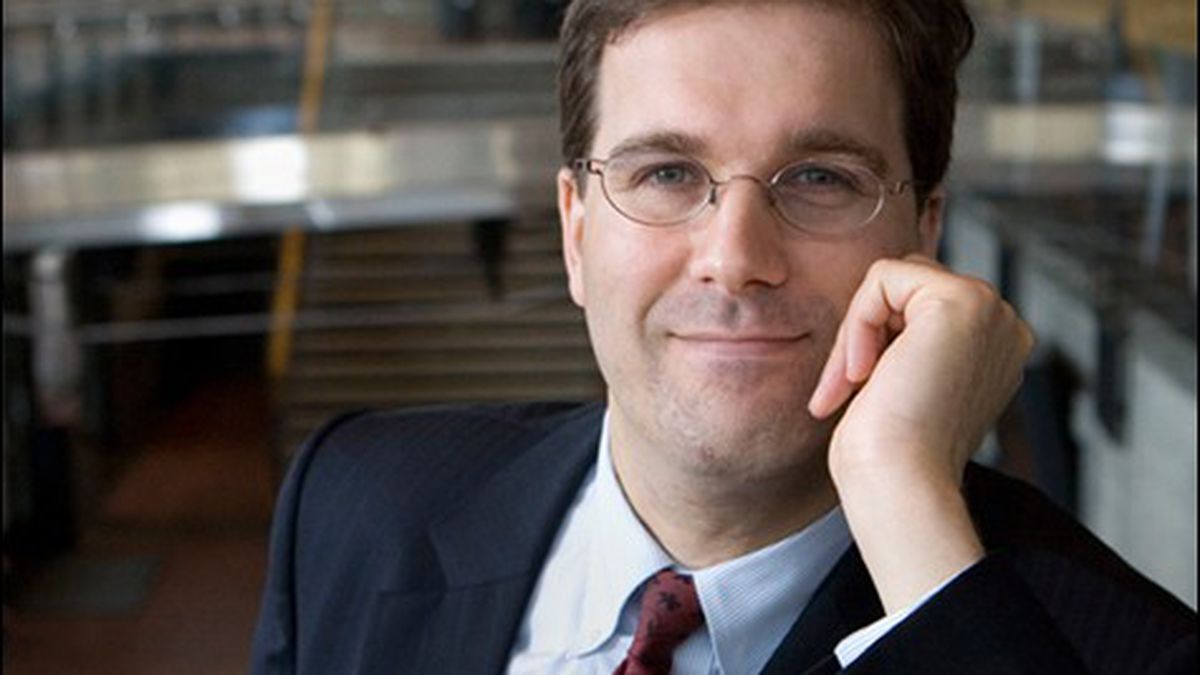 The East Bay artistic community held its collective breath when Robert Cole, longtime director of Cal Performances, announced his departure at the end of last season. The big question on everyone’s mind, in the face of the economic downturn and shrinking budgets, was whether his replacement could possibly continue the international reputation for artistic excellence that Cole had achieved during his 23 years at the helm of the most comprehensive, single-location performing arts series in the United States.

Judging from the organization’s current season, the first designed by new Director Matías Tarnopolsky, 40, everyone can exhale. Tarnopolsky not only has managed to arrange significantly more performances than last year, but has also astounded with a host of artistic coups.

One of Tarnpolsky’s many new initiatives designed to increase accessibility and make more people aware of the transcendent potential of the fine arts, the amazing Fall Free for All features two simultaneous performances per hour, indoors and out. During those seven hours, the only challenge will be choosing between, to name but a few, the continually innovative Kronos Quartet, San Francisco Opera Adler Fellows, Mark Morris Dance Group, John Santos Sextet, Linda Tillery and the Cultural Heritage Choir, and the Philharmonia Baroque Orchestra.

But that’s only the first month. By the end of the year, Cal Performances will have brought us three truly special events, two operas, eight dance performances, eighteen classical or new music performances, five jazz performances, three theater performances, ten world stage performances, and four strictly speaking events with major figures in the arts. That’s a total of 53 performances in all major categories of the performing arts.

Most artistic administrators are no doubt shaking their heads, wondering how the Buenos Aires-born, London-raised Tarnopolsky managed to create a truly remarkable lineup of top internationally acclaimed artists and events in his first season. Clearly he has capitalized on his connections as former vice president for artistic planning at the New York Philharmonic.

“We’re an artistically led institution,” the even-voiced, British-accented arts lover explained during a recent interview. “I made a decision when I arrived that we would not in any way rest on our laurels. We have a great artistic tradition that we not only want to uphold but also expand. I was determined that we would have an artistically ambitious, vibrant season despite the economic circumstance.”

Given the state of the economy, one might imagine that Tarnopolsky achieved his goals by emulating the US government and going deep into the red. Yet, amazingly, he balanced this year’s budget, and has already done the same for the as-yet-unannounced 2011-2012 season.

“It was really, really hard work to do, and we had to make some very, very tough choices,” he said. “But we are guided by our values, which we call the three As: artistic excellence, advocacy, and accessibility. Every decision we make is guided by the principle of artistic excellence.”

UC Berkeley may be the most distinguished state university in the United States, but it supplies less than 4 percent of Cal Performances’ budget. Thankfully, all members of the Cal Performances board of trustees increased their donations, and the Mellon Foundation came through with an impressive three-year grant for classical music.

“It’s a question of the money following the vision,” Tarnopolsky declared without a hint of ego. “You have to have a strong artistic vision and be the best possible advocate for it.”

Increased funding certainly doesn’t come from the students themselves. Currently comprising about 7 percent of Cal Performances audiences, students attend performances for as little as $10. Tarnopolsky would not only like to double student attendance to 14 percent, but also to increase the number of community members who attend shows.

“We’re taking a sort of bottom-up, top-down approach,” he said. “On a grassroots level, we’re collaborating with and supporting the students on various access and advocacy initiatives led by the students themselves. We’ve sat down with some fabulous students from the ASUC, the governor’s body, to start working on some really wonderful ideas of engaging the student body. These are ideas led by them.”

On the other side of the equation, Cal Performances is working with faculty to craft curricula projects that have both performance and academic dimensions. For example, students might begin the year by studying the operas of Benjamin Britten, sit in on rehearsals with the Castleton Festival Opera at the end of the semester, and then attend performances. Similar opportunities exist with world music, theater, dance, and jazz. Expect an announcement in about four months detailing novel programmatic initiatives that bring together elements of the faculty and students to create greater engagement in the performing arts.

“We have a real responsibility here,” Tarnopolsky said. “Because we’re on the campus of one of the top universities in the world, we have to make sure the students have as well-rounded an education as they can. The performing arts, I believe, are a fundamental part of that.

“It’s equally imperative that we make sure that everyone knows about the kind of transformative experiences they can enjoy by coming to performances. Certainly the kind I enjoyed [at King’s College, London]. It’s about making what happens on our stages absolutely relevant to everybody in our community. We have to be the best possible advocates for everyone. We must make sure the programming is relevant both to our present audiences and to our potential audiences.”

The Vienna Philharmonic’s five-day residency is a sterling example of Tarnopolsky’s approach. Not only will the famed orchestra perform three concerts, but its members will also perform chamber music and do educational work. Their visit will be far more hands-on than usual.

“I couldn’t be more excited to launch this orchestra residency with the Vienna Philharmonic,” he said. “What a statement to make! The collaboration with Ojai North is equally essential. Alongside the Royal Danish Ballet, we have dear friends who return, including Alvin Ailey, American Dance Theatre, and Mark Morris. I get all excited about all the performances I’m going to be coming to.”

Ditto. There will be no dearth of shows to call attention to this season, when Cal Performances does such a stellar job of demonstrating what’s fine about the arts.

Next ArticleWill Jerry Brown Be Forced to Appeal Prop 8 Ruling?