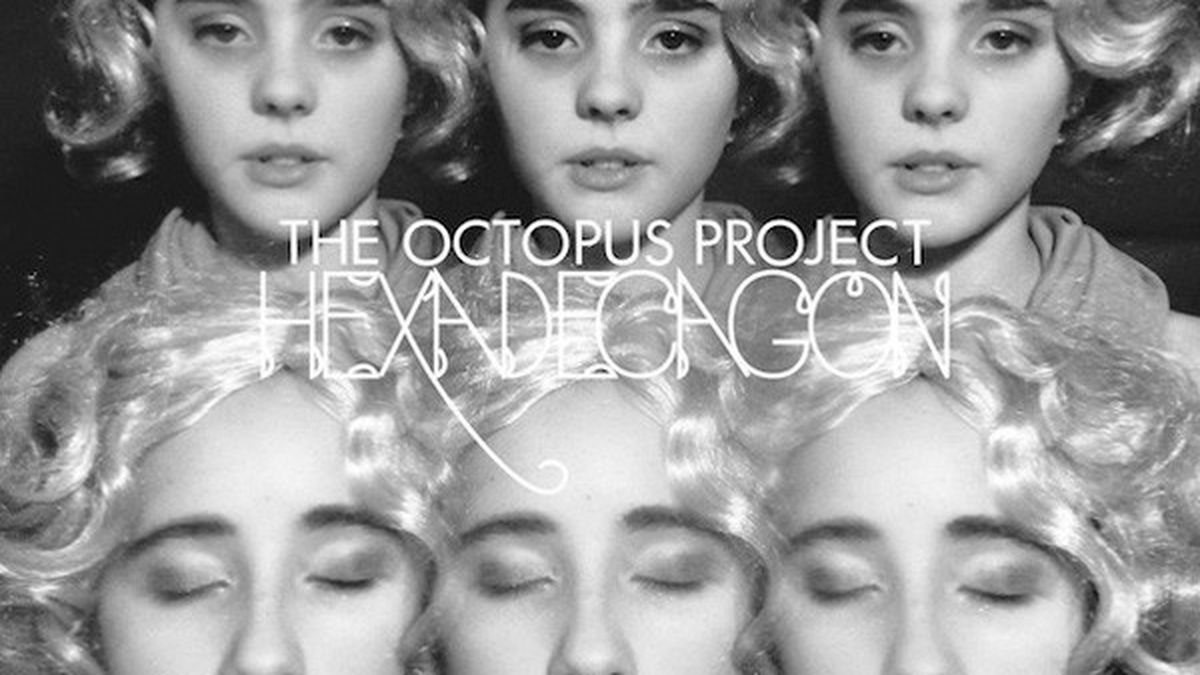 Experimental, instrumental Austin quartet The Octopus Project pulls off an impressive feat of symphonic cohesion on its fourth album, the refreshingly unique Hexadecagon. Originally a panoramic performance art piece for SXSW (featuring eight-channel surround sound and eight video screens — hence the sixteen-sided geometrical name), Hexadecagon was rearranged and recorded for release, with the band stacking sounds in layers to approximate the immersion of the live performance.

“Fuguefat” opens the album with a jittery piano riff that’s set to a mesmerizing lull — then two minutes in, the song explodes with thunderous drums. The hyper track yields to the sweetly melodic “Korakrit,” which blends the band’s sharp pop instincts and electronic pulses into a buoyant harmony. “A Phantasy” is The Octopus Project at its best, building slowly, sonic layer by sonic layer, before unleashing drastic, forceful shifts in sound that pile up irresistibly. Hexadecagon‘s centerpiece is the aptly titled “Circling,” an eleven-minute ocean of noise, with endlessly overlapping sounds and rhythms: blitzing synths, urgent thumping drums, squealing guitars, and an elegant piano. Then the album slows with the ambient, trippy theremin-dominated “Toneloop,” which sounds like a troubled soul’s solitary visit to some grand cathedral. “Glass Jungle” rekindle’s the band’s energy with exultant, upbeat electronica.

The album’s closing stretch stumbles a bit. It gets repetitive on “Hallucinists” and drones on “Catalog.” Still, Hexadecagon is a masterfully evocative instrumental record. Epic in its ambition and thrilling in its execution, this is clearly a statement album. (Peek-A-Boo)

Mamas, Don’t Let Your Babies Grow Up to be Golden Bears