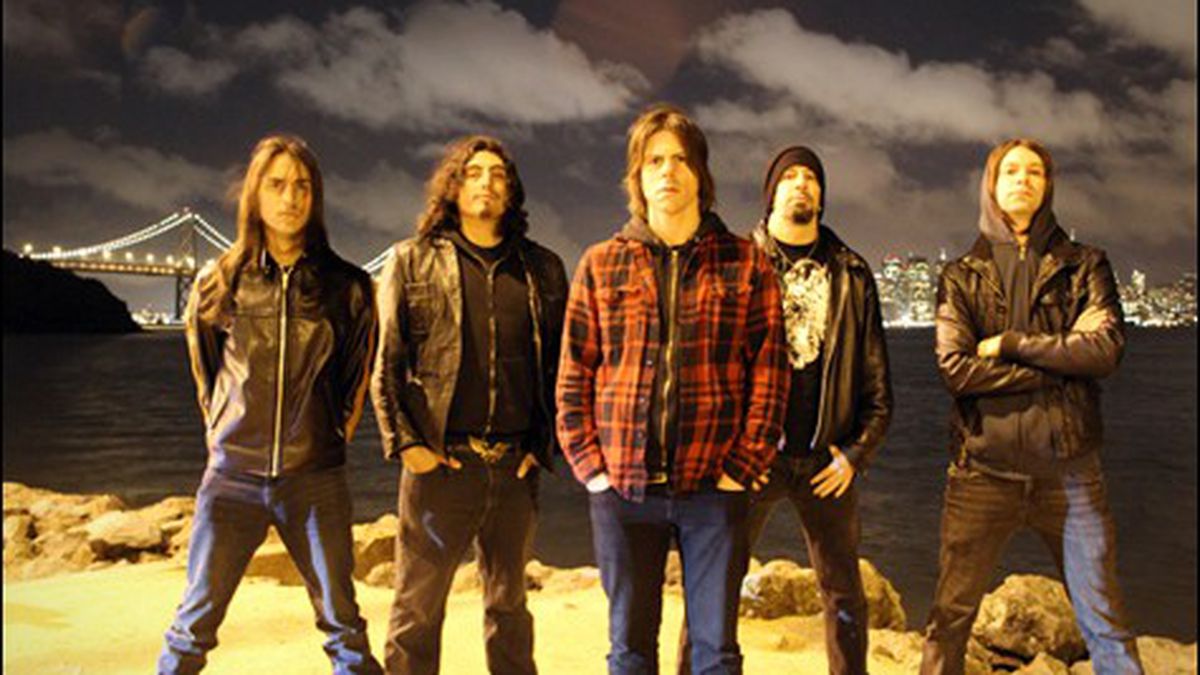 The Legend of Thadeus

I have two distinct memories of Thadeus (Tad) Gonzalez. In one, he wears a long white apron and holds a large cup of coffee; in the other, he’s jumping on top of tables at the Stork Club, swinging a microphone around, and screaming so harshly that he loses his voice. Granted, this was eight or so years ago. But I imagine this is how a lot of people see Gonzalez, who worked at the College Avenue butcher shop Ver Brugge for years and has been dreaming of being a rock star for much longer.

I first met him at the cafe, Cole Coffee, where I used to work. He would come in during his breaks and talk about music and his then-band, Straggler. He was, in many ways, an anomaly, especially in the Bay Area: a guy who (quite seriously) fashioned himself as a mix of Bruce Springsteen, Chris Cornell, and Jim Morrison — an engimatic, charismatic, classic-rock icon. He even had a pair of custom-made suede pants. He was that guy: the guy who performed like he was playing in front of arena-size crowds, even if it was a handful of people at an Oakland dive bar. Everyone liked Gonzalez, but I don’t think anyone took him seriously.

These days, Gonzalez no longer cuts meat; he rocks full-time. And he doesn’t need to imagine he’s playing in front of huge crowds, because his new band, Electric Sister, has played some surprisingly high-profile gigs in its two-year existence: with Black Label Society (the band of former Ozzy Osbourne guitarist Zakk Wylde), Danko Jones, Steel Panther, and, most recently, Mötley Crüe and KISS at the Sleep Train Pavilion after winning a contest to play 107.7 The Bone’s “Bone Bash XIII.” The band also just scored an opening slot for Slash (of Guns N’ Roses fame) at the Fox Theater on Tuesday, October 2.

Sitting across the street from Cole Coffee on a recent afternoon, Gonzalez seemed much like the same guy he’s always been, if a bit flashier. He wore a red and black plaid shirt, a black T-shirt, black jeans, and white Vans. His hair was shaggy. He drove a snazzy black sportscar. Yet he said hi to seemingly everyone who walked by. A no-nonsense rocker with working-class grit, he’s the kind of guy who punctuates his phrases with “fuckin.'” His face juxtaposes round, deep-set, intense eyes with a large mouth that easily breaks into cackling laughter. But even he acknowledged that his band’s success has been a bit overwhelming: “Trippy, huh?” he said more than once.

For as long as he can remember, Gonzalez has had his eye set on rock stardom. Growing up in the East Bay suburbs, he admired bands like Mötley Crüe, Def Leppard, and Metallica. He said he would read interviews with them in magazines, imagining his own responses in the Q&As. His first gig was in eighth grade, during lunch. He played in that same band (singing and playing guitar) all through high school, and even afterward. When it dissolved, Gonzalez and two of the members formed a new band, Thadeus Duke, which briefly moved to Nashville after signing with a management company there, but eventually returned to the Bay Area. Three months later, Gonzalez joined the band Straggler, but after years of playing and recording, the band wasn’t as successful as Gonzalez would have liked, so it switched to playing cover songs. That made some money, said Gonzalez, but left him creatively unsatisfied. So when guitarist Jason Lucero of All Time Highs and Everything Must Go approached him with a new project, he jumped at the opportunity.

From the beginning, Gonzalez said the band members — including guitarists Lucero and Nicholas Hernandez, bassist Scott Richards, and drummer Eddie Colmenares — agreed on a similar vision of unabashed rock. They also decided they weren’t going to play just any gig. So they cut their teeth at Bender’s Bar in San Francisco and at clubs in LA. Soon, they made a name for themselves with their flamboyant stage show: The guitarist and bassist raise their instruments into the air, the drummer plays shirtless, and Gonzalez, just like at the Stork Club, pretty much goes all out — jumping off the bass drum, flicking his tongue, headbanging into the crowd. He said he has had to go to the hospital after gigs on more than one occasion.

Gonzalez admits that Electric Sister sticks out in the Bay Area — it doesn’t fit into the hipster indie-rock scene or the metal scene. “People don’t know who the hell we are and we rock the fuck out,” said the raspy-voiced Gonzalez. “We’re not fucking around. So we go up there, we do what we do, and then halfway through the set people get it. But it takes a second, because you’re more in awe.”

Fittingly, Electric Sister’s music is equally over the top. As evidenced on its debut album, The Lost Art of Rock & Roll, the band harks back to the glory years of hard rock with dirty guitar riffs, wailing solos, and lyrics like Inside of me is the beast/of 666 and Rock is religion and religion is loud.

A YouTube video of one of the band’s early performances at the Emeryville motorcycle shop Godspeed shows a fog machine blazing and scantily clad women dancing provocatively. That may seem like an anachronism, but for Gonzalez, it’s been his lifelong reality. As he sings on “I Want It All”: Outta time, now I’m bleeding/I want it all, ain’t no truth, rhyme, or reason. &#8;

Our top DVD picks for the week of November 14: