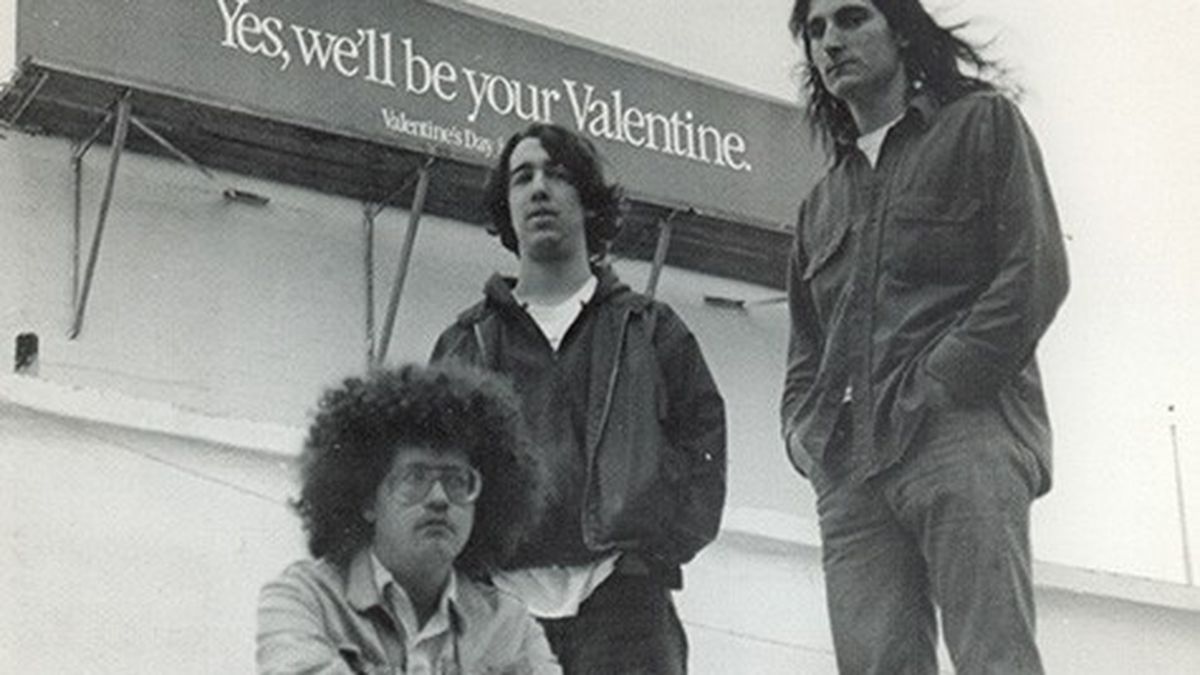 The Icky Boyfriends: “We Still Suck”

The reunited trio continues to alienate many and charm an influential few.

Making a movie about one’s own band is a special privilege. It’s typically granted to iconic acts with big budgets, major star power, and deluded notions of conceptual grandeur. The Icky Boyfriends were an exception. A trio initially active between 1989 and 1995 in San Francisco, The Icky Boyfriends — Tony Bedard, Jonathan Swift, and Shea Bond — are a regional anomaly: divisive, lyrically discomforting, and out of step with the era’s dominant rock tastes. In 1996, The Icky Boyfriends released the film I’m Not Fascinating, a collaboration with friend and filmmaker Danny Plotnick. In 2004, a 57-track retrospective compilation, entitled A Love Obscene, appeared. Long after breaking up, The Icky Boyfriends’ material continued to kick around like a group of petulant little terrors, alienating many, and charming an influential few — just like it had in the 1990s.

“Even at our first show, where we got booed and cut off, there was one guy who stayed, loved it, and put out our first record,” recalled Bond. That experience set the tone for years to follow: The Icky Boyfriends’ peculiar style — wily riffs from Bond, knuckle-dragging thuds from Bedard, and raving missives from Swift — split listeners into enemies and devout fans (and a few benefactors), with few in between. Most recently, Thee Oh Sees’ John Dwyer emerged as an ardent supporter, recording the band’s reunion show last year and releasing it on his Castle Face imprint this November.

The opening scenes of I’m Not Fascinating capture the prevalent local attitudes toward the band (along with portraits of many local music institutions in nascent forms). At a record distribution center (the warehouse of once-mighty Mordam Records), employees are aghast to receive an order for one Icky Boyfriends single. They decide to ship one hundred copies and throw the remaining copies ones in the trash. In the next scene (shot in an early, scrappy Aquarius Records location), record store employees are dismayed to receive one hundred Icky Boyfriends singles and dupe an unwitting customer into buying some. The purchaser’s friend, upon seeing the records, said, “Oh my god, these people are disgusting. Do you know what kind of lives they must lead? I don’t even want to be in the same room as their photographs. They’re revolting.”

“They’re not that bad,” she protested. “The lead singer is kind of cute, in a disgusting, repulsive kind of way.” That’s about right — The Icky Boyfriends’ allure resides in the band’s permanent disgruntlement and uninhibited honesty about sexual frustration and urban misadventure. Dwyer called their songs “newscasts for weirdos.” Swift said that they’re all true. Rather than romanticizing the city, Swift’s lyrics were unfiltered accounts of being whipped by it. His bandmates described the discography as Swift’s “list of grievances” toward San Francisco, which ultimately led to his decision to move, which halted the band in 1995. “I didn’t realize we had built up a fan base after breaking up,” Swift said, recently. “It was kind of scary to me.”

Bond arrived in San Francisco in 1986. He planned on flying to Japan to teach English but enrolled at San Francisco State University instead. There, he met Swift, a fellow English student with glasses and a massive afro he constantly teased out as a nervous tic. Bedard arrived in the city a few days after the 1989 earthquake — apt timing. “Everyone was reeling from the natural disaster and I was making social calls,” he remembered.

Bedard, who’d never played the drums, began jamming with Bond at his Mission district warehouse in Sycamore alley. Swift came over and they let a four-track recorder roll while the trio basically learned how to play their instruments. In 1989, a booker offered the then-unnamed trio an opening slot for The Melvins. The outfit accepted the invitations and dubbed themselves The Icky Boyfriends.

The band’s first performance cleared the room. The booker, once friendly, hated it. “We couldn’t understand why,” Bedard recalled. “He had heard us! The Melvins and Thinking Fellers seemed into it but their fans were pretty pissed off.” One attendee, however, swooned. JM Dunn offered to record and release The Icky Boyfriends’ first single on his upstart label, C&P Records, that night. In fact, Dunn became homeless to finance the endeavor. “He ended up living in his camper van on the streets of San Francisco so that he could save money to put out our record,” Bedard said.

The first show occurred on the same night of another premiere: David Lynch’s cult television show Twin Peaks. A potential fourth member backed out of their first gig to stay home and watch it. Bedard pointed to local enthusiasm about the show to illustrate people’s disconnection with the band. “We were not cryptic, and we were not elusive,” he said.

Furthermore, The Icky Boyfriends’ clashed with the era’s fashionable rock styles. For instance, the local “thrash-metal-funk” scene, from which Primus sprung, was thriving, while pop-punk dominated soon after, and even the cliques of what Bedard called “cool hard rock bands” were hostile to The Icky Boyfriends. Still, the band eventually dwarfed the discography of more palatable acts by releasing a total of five seven-inch EPs, one compilation album, and a movie by 1996.

“We didn’t intentionally antagonize people,” Bond said. “But you could tell that people really hated it.” The Icky Boyfriends once played at the Starry Plough in Berkeley to the after-work crowd, who shouted at the band in between burger bites. Swift inexplicably donned a faux-English accent and mockingly apologized for not being familiar with hippie-rock.

While fronting The Icky Boyfriends, Swift studied poetry and English at SFSU and the New College. Today, Swift works at the public library in Baltimore, and his perspective on The Icky Boyfriends’ epoch retains the sharp cynicism evident in his early lyrics. Reflecting on his time in San Francisco, he said, “Well, I didn’t expect the city to remake itself for me. I also had support from my parents, a cushion, so my songs were all about being a spoiled brat. I mostly moved away because of my drug thing anyways.”

But the self-deprecating, documentary impulse evident in his earliest songs perseveres. Since the band reunited in 2010, Swift has been writing new songs. “We have a new one called ‘Knives,’ which is part of the campaign to illegalize circumcision, because it’s dangerous and it traumatized me and ruined my sex life,” he said. “It should go over well in the Bay where the anti-circumcision movement started.”

The upcoming Live in San Francisco album was recorded at The Eagle by John Dwyer, Chris Woodhouse, Eric Bauer, and Bob Marshall. The session was appropriately grimy. “We set up the tape machine on the toilet in the ladies room, so you could record and take a shit without removing headphones,” Dwyer recalled. “Anthony [Bedard] has a kid and a home and stuff now but he played like a maniac that night. There was a ghost of speed pumping through his veins, a phantom of drug abuse on the drums … Their songs were super simple, really off-kilter, with totally genius, improvisational lyrics.”

Swift begs to differ. “Don’t believe the hype,” he whinnies. “We still suck.”