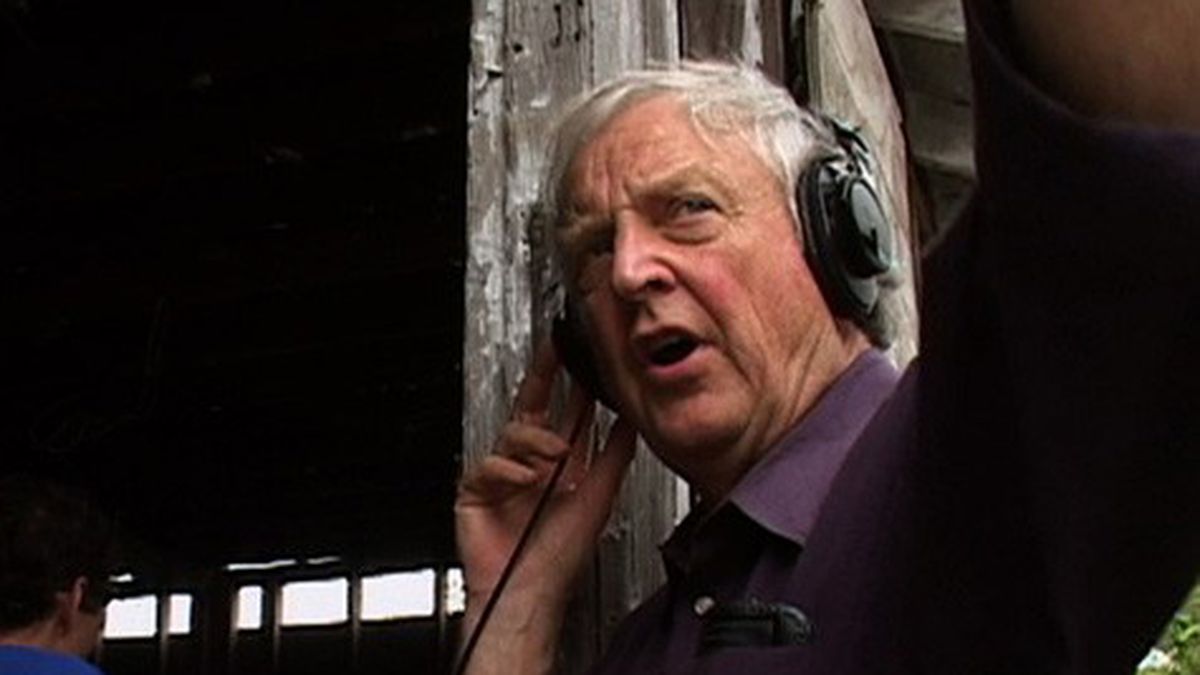 This Ain’t No Mouse Music

When asked what defines the music he likes, Chris Strachwitz simply said: “It’s real.” The owner of El Cerrito’s Down Home Music and founder of Arhoolie Records has spent the majority of his life seeking out “real” music — stuff with guts, intention, and soul. After more than fifty years, his obsession with capturing authenticity has led to a record label, a record store, and a warehouse full of rare recordings, featuring various forms of vernacular roots music: New Orleans jazz, down home blues, cajun, zydeco, norteño, sacred steel, and other genres that emphasize rhythmic expression. As he puts it, anything but “mouse music,” which refers to commercial sounds lacking oomph. Now, filmmakers Maureen Gosling and Chris Simon are releasing a documentary that chronicles Strachwitz’s lifelong endeavor, aptly titled This Ain’t No Mouse Music!

Strachwitz was born in Silesia, Germany (now Poland) as the oldest son of a count. In 1945, his family was forced to flee. He arrived in Southern California, a sixteen-year-old immigrant enamored by American culture, and especially drawn to the blues. “To me, it just spoke. I was a lonesome cat, you know. I just felt there was so much soul,” Strachwitz said in the film.

Eventually, after moving north to Berkeley, he went to Texas in search of the blues’ source, and the namesake of a Lightnin’ Hopkins song called “Tim Moore’s Farm.” With help from folklorist Mack McCormick, Strachwitz found Moore’s plantation and met a worker named Mance Lipscomb, a talented blues guitarist with a critical message about his employer. Strachwitz decided to record Lipscomb that night. On the trip, McCormick encouraged Strachwitz to start a label, and suggested the name “Arhoolie,” the sound of a field holler.

Back in Berkeley, Strachwitz was asked to record a song for the then little-known band, Country Joe and the Fish, called “Feels Like I’m Fixin’ to Die Rag,” and acquired the publishing rights (which he usually splits with the artist). When the song appeared on the massively popular soundtrack to the 1970 film Woodstock, Strachwitz made a small fortune and used it to start Down Home Records.

For the next fifty years, Strachwitz traveled across the country recording musicians in rural communities and archiving their neglected songs. During that time, he successfully brought a host of overlooked musicians out of the margins and into record stores through the Arhoolie enterprise. Like preservationists such as Alan Lomax and Harry Smith, Strachwitz has played a vital role in spreading the work of regional roots musicians and preserving their sounds for future generations. He has also aggregated what is likely the largest collection of Mexican border music in the world, which the Arhoolie Foundation is currently working to digitize and make available through the UCLA digital music library.

When Gosling and Simon approached Strachwitz about the film, he initially refused. “I don’t like to be in front of the camera. I like to be behind it,” he said in an interview. “To me, catching the musical world is the exciting thing. I’m just a song-catcher.” It wasn’t until sales at Down Home started to slow that he gave in.

Still, Strachwitz insisted that the film merely used him as a thread to tie together stories about his favorite artists. This Ain’t No Mouse Music! follows him as he travels through Texas, Louisiana, and the Appalachians, reflecting on past sessions with musicians like Lipscomb, Fred McDowell, Big Mama Thornton, and Lightin’ Hopkins, as well as recording new ones. “In those early days, everything was new,” said Strachwitz. “It was just like exploring a world I knew nothing about and its incredible people and their music.” His giddy enthusiasm pervades the film, as it invites viewers to share the excitement of bringing audiences to little-known talent.

At times, though, Gosling and Simon’s attempts to address racial dynamics and historical contexts — such as the state of the Civil Rights Movement — are uncomfortably shallow. Strachwitz is continuously hailed as a cultural savior who rode into the countryside with his recording technology to rescue rural musicians from being forgotten by history. Whether or not this is accurate, the film does little to examine the racial dynamics of a situation in which a white “song-catcher” enters marginalized communities to capture their culture.

Gosling and Simon assert that de-politicizing the subject matter was a deliberate stylistic decision intended to focus viewers on a poetic, emotionally engaging portrait of Strachwitz that would endure over time. “We’re trying to get people involved in the story, involved in the people, involved in the music, and then let it flow,” said Gosling. While the result is indeed an intimate hour and a half with their subject, the unaddressed racial issues linger.

In fact, near the beginning of the film, Strachwitz himself alludes to the inseparability of politics from the music he is interested in. Standing in a field of cotton, he points out the thorns on the plant and invites viewers to imagine what it would be like to pick cotton all day. “That’s what made the blues,” he said.