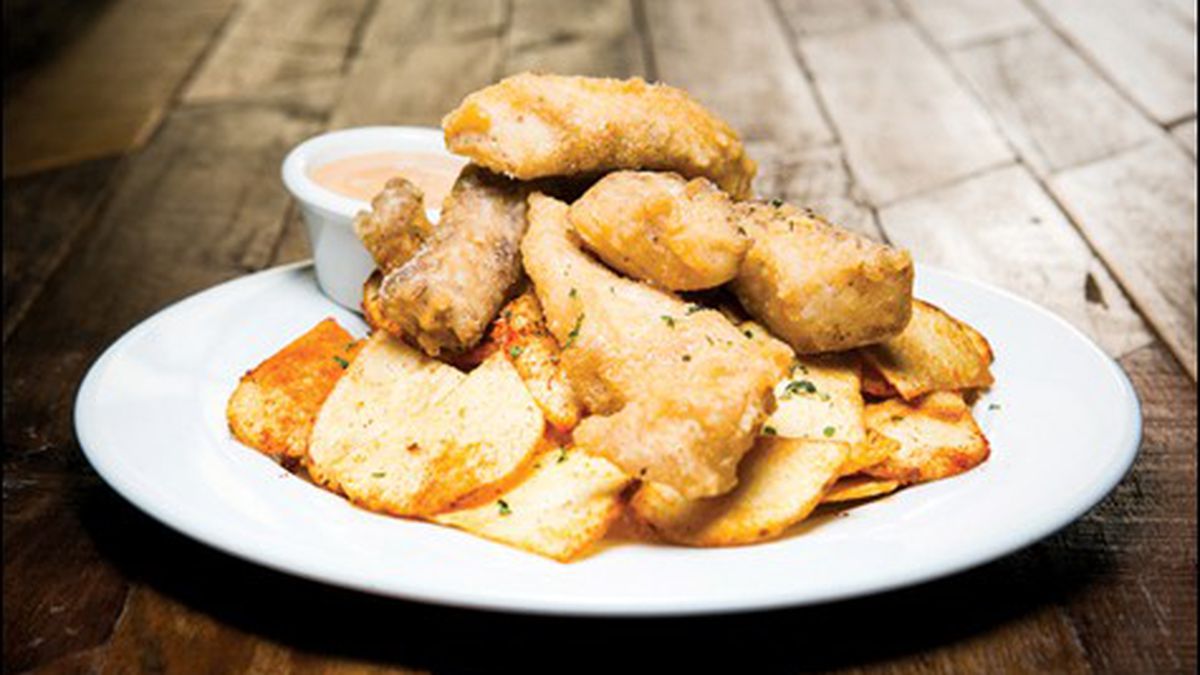 In the hurry to accommodate the gluten-free, restaurants may be unknowingly endangering them.

Having a food allergy is not fun. Contrary to popular opinion, the nut-, lactose-, gluten-, soy-, and whatever-else-intolerant a) do not choose the lifestyle and b) do not enjoy scrutinizing labels, grilling servers about ingredients, and generally being paranoid that the next item we put into our mouths is going to result in us spending the next several hours doubled over in pain, or worse. Also not fun: eating at home all the time.

Luckily, awareness of food allergies among restaurateurs has grown significantly in recent years, especially for the gluten-intolerant (e.g., me). There’s gluten-free sandwich bread at Ike’s Lair, gluten-free pasta at Filippos and Riva Cucina, and gluten-free crepes at Crepevine. But, as with anything new, this increased awareness involves a certain learning curve. So while more and more restaurants are offering “gluten-free” dishes, this doesn’t always mean they’re safe for those with celiac disease.

Take, for example, a recent experience I had at a local cafe. I ordered a frittata that was labeled “gluten-free” on the menu, ate it, and within an hour began to feel something akin to World War III breaking out in my stomach.

And that’s not an isolated incident. Too many times I have ordered a “gluten-free” dish that was served with a giant piece of bread on top, or ordered “gluten-free” pasta only to discover it had been boiled in the same water as glutinous pasta. I don’t want to sound ungrateful, because, even with these incidents, eating out these days is immeasurably better than it was even a few years ago, and awareness, although not universal, is miles ahead of where it used to be.

But the rush to offer gluten-free food choices, while noble, may mislead sensitive diners. Because when a restaurant advertises “gluten-free” dishes, many take that to mean the place has done its due diligence and knows how to prepare its food accordingly. And thus, we don’t need to cross-examine our servers and chefs about ingredients and preparation. What we’re coming to discover is that it’s not necessarily a done deal.

Melissa Marshall learned that lesson the hard way. The Oakland-based physician, who was diagnosed with celiac disease five years ago, said she went to an “elegant” seafood restaurant once that labeled dishes on the menu as “gluten-free.” She ordered one of them but decided to double-check the ingredients with the chef just to be safe — sure enough, it turned out to have gluten in it. These days, regardless of whether items are labeled gluten-free or not, Marshall makes sure to go through the “laundry list” of questions about ingredients and how food is prepared. “I often say I have a severe allergy because I feel like people don’t know what celiac is,” said Marshall, adding that celiac disease is actually an autoimmune disorder, not an allergy. “I just want them to know I will be deathly ill if I have any trace of this. … You have to be almost a little threatening, which is unfortunate.” Marshall said she goes out to eat about twice a week, but she estimates she gets glutenized once every couple months.

Even restaurants with the best intentions can make mistakes. Spice Monkey, located in downtown Oakland, has always tried to accommodate diners with restrictive diets, said manager Geraldine Convento. Since opening in 2008, it has denoted gluten-free, vegan, and vegetarian options on its menu with special icons. But recently, the restaurant discovered that its Monkey Potatoes, which had been labeled gluten-free, were contaminated by gluten because they were deep-fried in the same fryer as something that was battered. Convento says they have since taken the “gluten-free” icon off that item, and have trained their staff and servers on cross-contamination issues and ingredients. Still, she prefers her waitstaff to handle each diner according to his or her specific needs.

“Anytime someone says they have a gluten allergy or are celiac, we ask how severe it is,” she said. “The reason is cases with certain folks are more unique. For us, it’s helpful to know more information versus less because we can learn more about a gluten allergy.” Even so, Convento insists that offering gluten-free dishes is fairly easy, and that gluten-free diets — whether for health or diet reasons — are becoming increasingly popular, which has helped Spice Monkey’s business. “In the past few years we’ve grown tremendously,” she said.

In some cases, gluten-free dishes are popping up on menus because of the diet restrictions of the chefs themselves. Such is the case at Oakland’s Grand Tavern, whose executive chef Nate Barry-Stein is gluten-intolerant. Barry-Stein learned of his diagnosis shortly after he began working there, and subsequently decided to rid almost the entire menu of gluten (sixteen out of twenty dishes are gluten-free, he said). “It created a lot of variances in the menu and [required] being a lot more creative,” said Barrystein. For example, their fish and chips use a certain kind of rice flour, and are deep-fried in a gluten-free fryer. He makes sure to train his staff on the specifics of the gluten-free diet. “Every time we get a new hire I go through a whole spiel about how I’m gluten-intolerant and why and what things have gluten in them,” he said. “To be honest, it wasn’t that hard to eliminate the gluten with all the produce in the area.”

Ultimately, the responsibility of avoiding gluten resides with the diner, not the restaurant, said Lynn Karp, a resident of San Mateo who was diagnosed with celiac disease four years ago. “When a celiac goes to a restaurant that says gluten-free, that does not mean celiac-friendly,” she said. “As a celiac, you have to be your own advocate.”

Karp said she believes the increase in gluten-free offerings has more to do with restaurants trying to take advantage of a diet fad than it does with their desire to accommodate those with celiac disease, and has thus “diminished the seriousness of the preparation in restaurants.” Still, Karp said she eats out for five to ten meals a week, and rarely has a problem. Granted, she’s also fastidious about asking questions. “When I go into a restaurant, I ask for the manager. I say, ‘I’m looking forward to eating here.’ I say, ‘I have celiac disease, do you know what it is?'” The response gives her an idea about how aware the restaurant is about food preparation, but she still tends to ask questions such as: Are the potatoes made on the same griddle as something breaded? Are the pans washed between items? Do you slice the tomatoes in a separate area from where the bread is sliced? Is the gluten-free pizza baked on an elevated stone away from the regular pizzas?

Marshall, whose husband is a chef, hopes that, one day, food-preparers will be required to be educated about these issues, so she can avoid having to ask these types of questions — a process she said she finds “embarrassing.”

“People often get certification in food-handling safety in terms of hygiene and that sort of thing,” said Marshall. “Granted, we live in a state with so many regulations, but it would nice if a part of that could be some education around food sensitivities. But until that’s there, the onus is on me to make sure that I’m really okay.”

Editor’s Note: The original version of this story misspelled Lynn Karp’s last name. This version has been updated to reflect the correction.