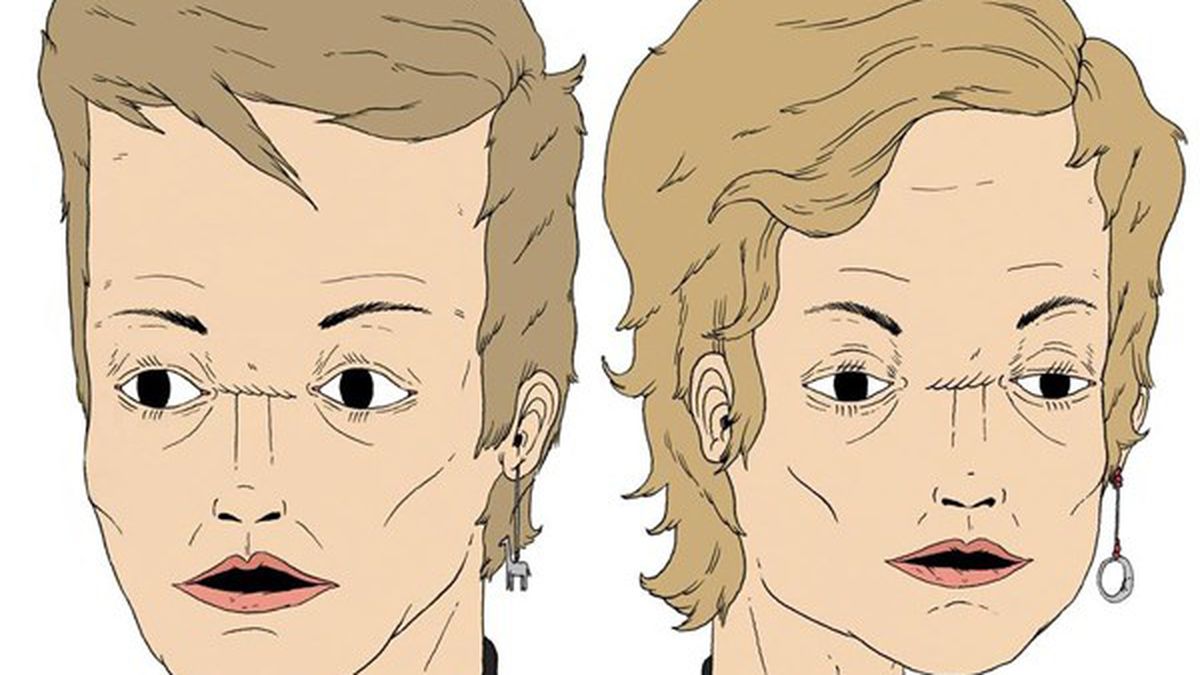 The Life and Times of a Paperclip

Orange County twin brothers Wyatt and Fletcher Shears formed The Garden as a testament to the strength of one bass guitar and a trap drum kit, provided the lyrics are strange and the vocal delivery engrossing. There are other instruments, but the brothers’ rhythm section is the focus. The peculiar garage rock band’s music videos often depict the duo in drag: Fighting in a hotel room, staring blankly at the camera as they stroll down the sidewalk of some suburban locale, thankfully rejecting the jock machismo and party-centric themes of their peers in the Southern California rock scene revolving around Burger Records.

On The Garden’s debut album, The Life and Times of a Paperclip, lyrics revolve around the traits of inanimate objects like blades of grass in between absurdist declarations about life. But the lyrics wouldn’t get far without creative delivery. The Shearses’ singing sounds like a drunken croon giving way to psychotic babble: On “The Apple,” they clearly enunciate as a back-beat plods, but their singing turns into a warbling series of syllables on the eighteen-second “Vada Vada,” which is driven by a manic bass lead.

The Garden’s concepts aren’t developed very far, and analytical listeners might find little substance behind all of the seemingly nonsensical imagery. The Life and Times of a Paperclip functions best as the work of a fiery garage duo, but committed listeners will find something engaging about the Shearses’ strange world. (Burger Records)

At this point, clearly nothing is sacred