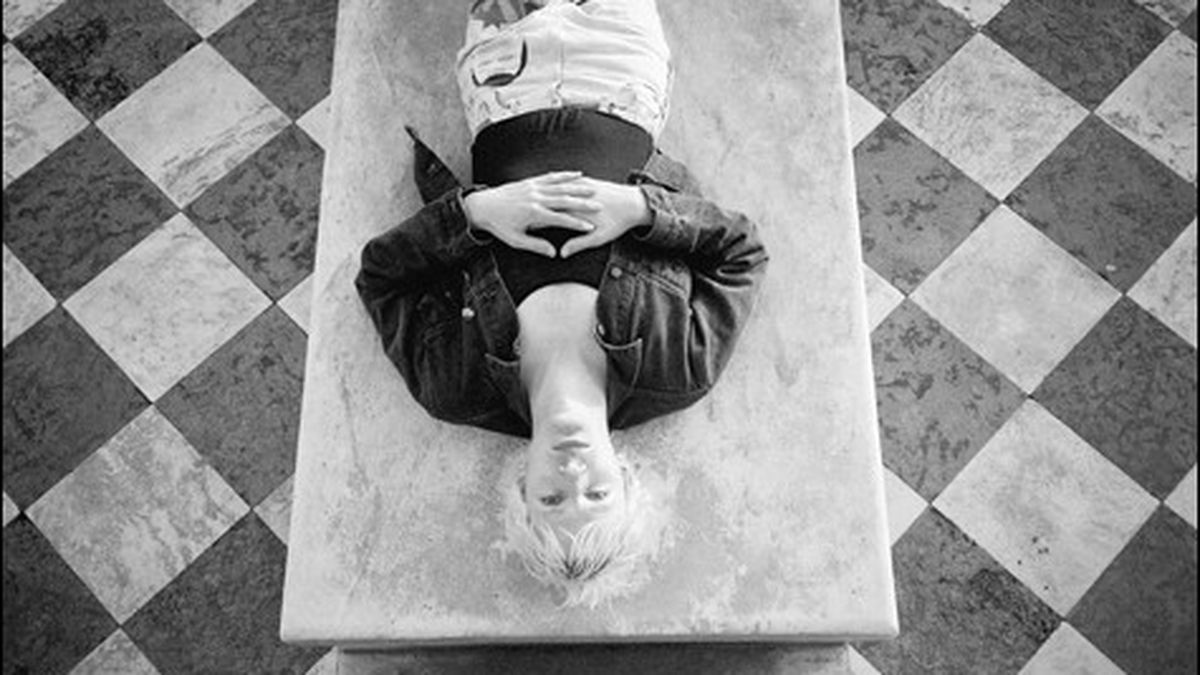 Berkeley's Sam Flax landed an unusual gig this June — providing the soundtrack to a Saint Laurent runway show in Paris.

In July 2012, Berkeley-based musician Sam Flax generated blog chatter with a dazzling video for “Fire Doesn’t Burn Itself,” the lead single from his 2012 debut Age Waves. Gripping both sonically and visually, the video is a montage of grainy archival footage combined with VHS-quality shots of Flax performing. It frames Flax’s upper body beneath bright stage lights as visuals splash across his colorful jacket. Flax grooves to the hazy pop single, deliberately uttering each line above several layers of guitars and synthesizer. The track sounds impeccably smooth in its twilight psychedelia and Flax looks stylishly poised, all bleached blond hair and nearly translucent complexion.

At an Oakland coffee shop a year later, the singer’s bleached hair has betrayed some brown roots, but he looked just as sharp: round, reflective sunglasses with wire frames, a black shirt buttoned up to his neck, a gray T-shirt with the collar cut out underneath, and black pants — a relevant observation considering Flax’s music is now ingrained in one of fashion’s most elite brands.

In June of this year, esteemed French fashion house Saint Laurent (previously known by its deceased founder’s name, Yves Saint Laurent) used an elongated version of the song “Fire Doesn’t Burn Itself” to accompany its 2014 Spring/Summer Men’s Collection runway show in Paris. Flax and his girlfriend, Amy Blaustein, sat in the front row. Saint Laurent’s creative director Hedi Slimane, who has brought a rock aesthetic to the brand since taking over a little more than a year ago, personally requested the reworking of Flax’s song.

Flax got involved earlier this year, when a member of Slimane’s team contacted him about arranging a meeting in Los Angeles. They flew Flax down for the day and Slimane proposed the project over lunch.

“He’s got a certain quiet kind of intensity,” recalled Flax. “Saint Laurent is a huge multinational corporation and you never know what someone’s intentions are — but I got the sense that his motivation was based in creativity and sincerity.”

At lunch, Slimane explained that he had photographed Flax’s performance at a Los Angeles music festival and was inspired to purchase Age Waves. He asked Flax to create a twenty-minute version of “Fire Doesn’t Burn Itself” in less than a month and to keep the project secret. Hours later, Flax was back in Berkeley to soundtrack one of the season’s most highly anticipated fashion events.

Expanding the track to four times its original length was a daunting but ultimately rewarding exercise. “I would be twelve minutes into it, working on a specific part, and in order to hear it in context I had to start from the beginning,” Flax explained. “I found myself burning through hours.” The original version was recorded during the seven-year period Flax took to create Age Waves. Revisiting it allowed Flax to peel away layers of sound, then reapply them in new ways. He added an ambient intro to build tension during the pre-show pitch-black darkness in the elegant Grand Palais ballroom that contained the runway. The instrumental bridge was stretched out to reach the show’s finale. Flax said he strove to “retain the essence of what the song is about.” He succeeded.

Slimane flew Flax and Blaustein to Paris for the show. He said he spotted Beck and members of No Age, Daft Punk, and Air in attendance. Their presence confirmed Flax’s speculation about Slimane’s inspiration: “It seemed like there was a real focus of being true to the musicians he’s worked with or had relationships with,” he said. Blaustein, who co-owns the clothing boutique James Rowland Shop in Berkeley, eyed the fashion world personalities milling about. Anna Wintour, notorious editor of Vogue, sat only five seats away, Flax said: “She has such a specific iconography. There she was, embodying it perfectly.”

Flax’s track served to accompany Slimane’s new menswear collection, which featured bolo ties, bandanas, and vests within ensembles alternately colored in drab monochrome or kaleidoscopic stripes — a glam treatment of Western wear filtered through David Bowie’s “Thin White Duke” phase of speed and malnutrition. Fashion and pop music are both fickle, subject to the arbitrary whims of public taste, but when models strut next season’s collection, Flax’s “Fire Doesn’t Burn Itself” will still be in style.