Looking for a dining experience off the beaten path? Try these five places. 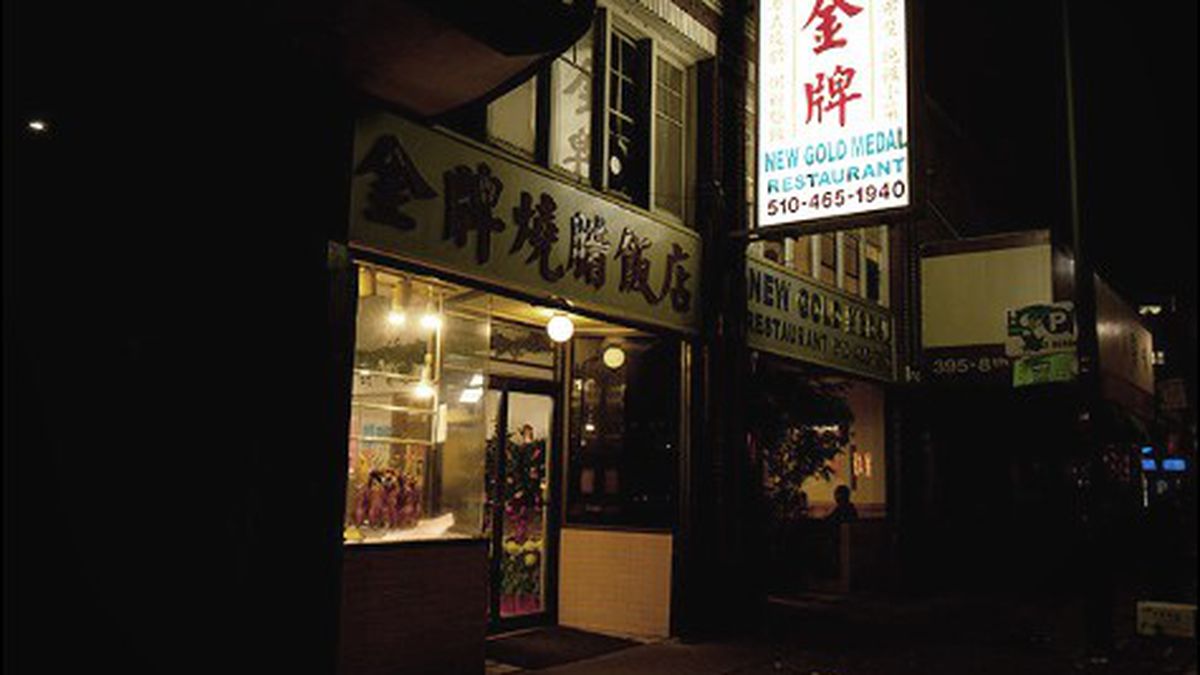 Before getting into the East Bay’s hidden dives, let’s ask, what is a “dive”? The dictionary defines it as a “shabby and disreputable establishment,” but for our purposes, we’re considering its verb form as well, as in: “Let’s dive for treasure!” Or: “You must dive into local culture to taste its best food!” Given the English language’s ability to turn just about any verb into a noun and vice-versa (e.g., fish, barbecue), let’s say that a “dive” is a restaurant you must to dive deep to uncover. Most of the time, this takes a leap of faith — other times, just a willing date and a reservation.

During the day, New Gold Medal is hidden behind produce stands and the hustle and bustle of Oakland Chinatown. Even the boiled chickens and roasted ducks hanging in its window make it seem like just another 8th Street eatery. Yet New Gold Medal serves some of the most authentic Chinese food in the Bay Area, and it’s also one of the only joints in the area that’s open late. The difference between New Gold Medal and your average Chinese restaurant is that it’s deli-styled: The aforementioned meats — plus barbecued pork — are pre-prepared and ready to be served over a bed of rice ($6.75) or in a bowl of wonton soup ($7.50). Whether you’re craving chicken feet or a plate of beef chow mein (or both), you’ll find it at New Gold Medal every day until midnight.

Tucked in a residential neighborhood in West Oakland, 10th and Wood has a hipster aesthetic. Yet behind its fancy sign, green exterior, and modern-ish decor, the breakfast-and-lunch joint is full of neighborhood charm and comfy, down-home flavors. For breakfast, try the biscuit breakfast sandwich ($7.50), with choice of a chicken apple or pork sausage (both made in-house) or bacon. You can also get it covered in the restaurant’s homemade gravy. For lunch, the fried chicken sandwich ($8) is the clear winner. Owner Vladimir Levitansky, a former circus performer who opened 10th and Wood seven months ago with his wife, said people come from as far away as San Francisco to order the sandwich — a cross between a Southern po’ boy and a Vietnamese bánh mi, made with a 24-hour-marinated chicken breast, house-made mayo, jalapeño, cucumber, and coleslaw.

Located near the 24-680 interchange and away from the pretentiousness of Walnut Creek’s Broadway Plaza sits a little historic deli called Morucci’s. The deli is popular among locals and often features a line out the door, but it’s largely unknown to East Bay residents on the west side of the hills — which is a shame, because Morucci’s is well worth a short hop onto the freeway or a trip on BART. Its sandwiches are affordable and satisfying, and best of all is its old-school deli atmosphere, with muraled walls and checkered tablecloths. For an authentic Italian experience, try the #6½ prosciutto with tomato and mozzarella ($6.99). For love at first bite, get the #8 hot steamed pastrami and Swiss ($6.99).

Hu’o’ng Trà is your classic dive — affordable and unpretentious. But its bánh mì sandwiches ($3.75) — crispy baguettes with your choice of beef, pork, or barbecued chicken, plus lettuce, onions, shredded carrots, and cilantro — may be the best in the Bay. Complement one with a bowl of pho noodles ($6-$7.95). In the unlikely event that you tire of the bánh mì-pho combination, try the grilled pork sausage and egg roll vermicelli ($8.50).

Vino is hardly the picture of the traditional “dive,” but it’s another little-known gem on the east side of the hills. This seven-table restaurant, located beside the former Park Theater in Lafayette, is elegant and intimate, and its secret weapon is chef and owner Castro Ascarrunz. In the eyes of Ascarrunz, you are either a “doctor,” a “professor,” or a “lover.” Most people are lovers. “Hello, lover!” he’ll say as you walk in the door. Before taking your order he’ll explain that he doesn’t want to kill you, which is why he bakes all of his dishes and never uses butter. In between preparing dishes and topping off wine glasses, he might hop on the baby grand piano and play a nocturne. Dishes include Italian favorites like chicken alla parmigiana ($16) and pasta pomodoro with meatballs ($15), but the mushroom and marsala wine veal scallopini ($18) and baked red snapper with organic vegetables ($16) are Ascarrunz’s culinary masterpieces.