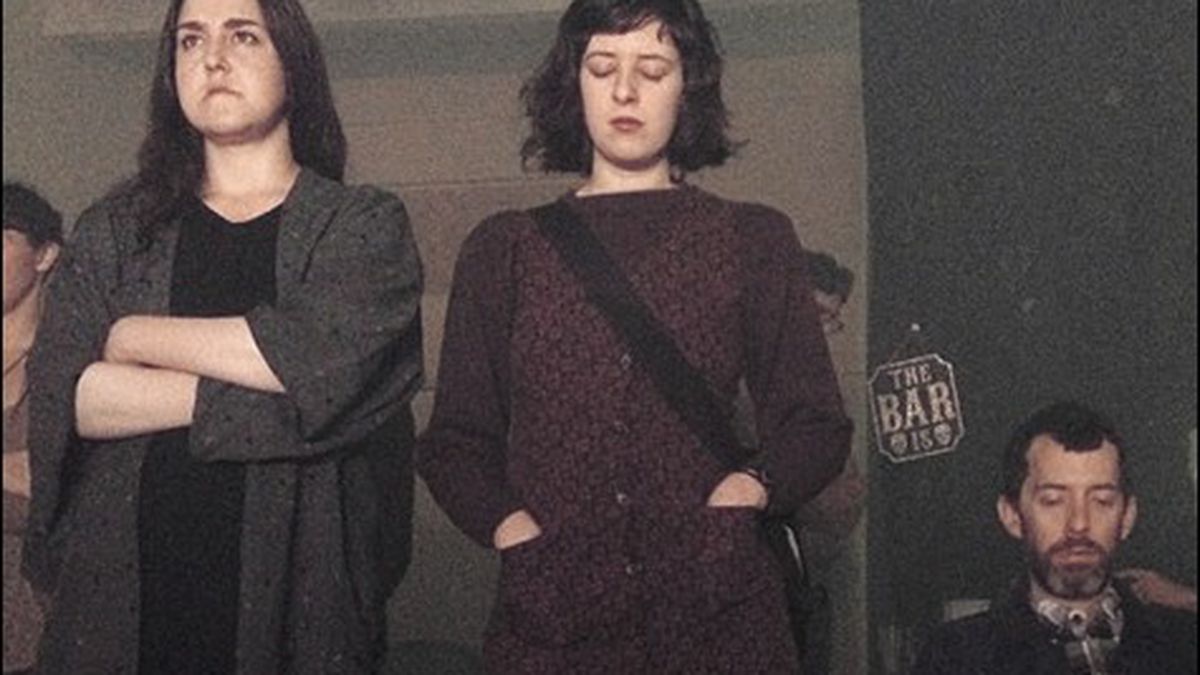 An underground venue in West Oakland provides a space for bands that challenge and excite the senses.

From the outside, the sun-bleached white building in Oakland’s Lower Bottoms neighborhood doesn’t look like much. But venture inside and you’ll wonder if you’ve entered into an S&M dungeon or occult sanctuary. Lit by scarlet-tinted bulbs, a circular room often features people sitting on the floor in a meditative state. One of the walls is lined with red candles. A candlestick holder and dried roses prop up a severed baby doll head. A faded sign hanging on the wall reads “Organ Sorcery by Anton Szandor LaVey: Fri – Sat – Sun Nites.” Yes, that LaVey, the founder of the Church of Satan.

“LCM” (as we’re calling it) is actually a venue that fiercely supports underground noise and experimental bands, some of which might not have a place to perform otherwise. Its location is kept relatively secret, and its overseers like to keep it that way.

Housed in a former church, the venue hosts bands with names such as Pigs in the Ground and Omnivorous Sensillium that mostly appeal to those who relish avant-garde, adventurous music that challenges and excites the senses, and doesn’t conform to mainstream standards. One of the residents of the house told me that while there is an ebb and flow to underground spaces, right now people from all over the world are asking to perform at LCM. In fact, he often has to turn some requests down. Internationally known bands such as ARCN TEMPL travel from as far away as Singapore to play alongside longtime East Bay musicians. Audiences flock to LCM by word of mouth, in search of what might be called a music-induced religious experience.

This is a place where electronics are pushed to their sonic limits and performance art is welcomed. One night you might hear a set by Styrofoam Sanchez, an outfit that creates apocalyptic landscapes of harsh, dissonant sounds. Band members obscure their faces with large Styrofoam blocks. Another time your ears could bliss out to the sounds of King Woman, which performs self-described “ethereal songs you might be just as likely to hear in either an opium den or insane asylum — your choice.”

One standout show at LCM featured a semi-disguised Nate Young of the seminal noise band Wolf Eyes. He performed solo, wearing dark sunglasses and a hat, and had wired his synthesizers to an animatronic mounted fish, aka Big Mouth Billy Bass. (You can only imagine the exotic, manipulated songs that ensued.) The next night Young performed in San Francisco’s Mission District at The Lab, a larger space with room for a bigger audience, but the show lacked the intimate magic that LCM offered.

LCM hosts shows — both of the visual art and musical persuasion — frequently, sometimes as often as every other night. Its proprietors recently put on a five-band noise celebration, as well as an afternoon noise music/pancake feast. The latter — during which pancakes were served (with batter poured out of a bucket) — is in the works to become a monthly event.

Liver Cancer headlined LCM’s last pancake event. The band delivered a wall of solid feedback. One of its members, Bobby Almon, performed shirtless (revealing his all-caps tattoo “NOISE”), wearing a leather mask. At one point his bandmate Geordan White stared intensely at everyone standing at the periphery of the room and yelled, “Get the fuck closer, or go the fuck home!” When the audience requested an encore, Almon announced, “I have to light my ass first.” In between sets, Indian ragas played over the speakers, offering a calming balm between bursts of beautifully executed chaos. The entire spectacle unfolded in the dark, with red lights blaring and the windows covered by paint-splattered sheets while the sun shone brightly outside.

At LCM’s Valentine’s Day extravaganza, hand-made clouds hung from the ceiling over where bands Sharon Tate Fetus Explosion and Pulsating Cyst performed. A member of Sharon Tate Fetus Explosion played a plastic instrument — called an Otamatone in Japan — shaped like a sperm cell whose head was a smiley face that “sang.” It complemented love-lost Kim Gordon-esque vocals and dissonant guitar. Pulsating Cyst played music that sounded like a shrieking alien creature, but in a good way.

LCM is a surreal, hidden spot that makes curious music thrill-seekers never want to move away. In an era when mom-and-pop venues are dwindling and cultural hubs are scarce, the place is a sanctuary. It’s where I found out about the experimental radio show hosted by Anton La Vey’s daughter Karla and discovered the ‘zine Turbulent Times, which covers such topics as lo-fi punk electronics, the origins of “Doom Dub,” and cassette Communism.

Go for the pure unapologetic noise, the home-cooked meals, and an experience straight out of a David Lynch film — all for only $5.