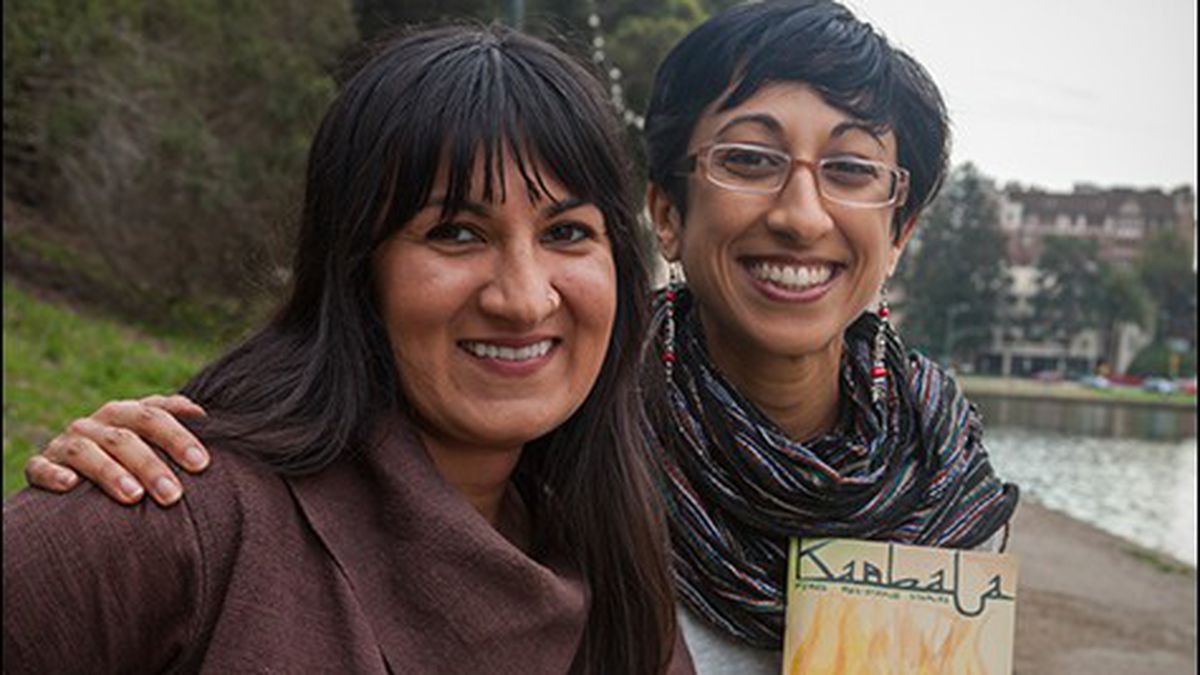 Resistant to digital media and mainstream platforms, underground self-publishing remains the preferred model for many local writers, artists, and activists.

When people meet Shenaaz Janmohamed, they are sometimes surprised to learn she is a queer Muslim. The Oakland therapist and social worker recalled one off-putting response from a co-worker. “‘Wow, so you’re Muslim and queer? I would just love to have lunch with you and talk about it,'” Janmohamed recalled her co-worker saying.

“I don’t know what to say to that,” Janmohamed continued. “To her, she was approaching it from a place of ‘I want to know you. I want to understand your identity.’ She didn’t understand that it felt so tokenizing and exotifying. I didn’t feel like a person in that moment.”

It is these kinds of interactions — as well as the more overt Islamophobia and homophobia that LGBT Muslims regularly face — that inspired Janmohamed and her friends to create Totally Radical Muslims, an Oakland-based ‘zine that publishes a wide range of unedited submissions from self-identified Muslims. The publication seeks “voices often left out of Muslim discourse” — or “misfit Muslims,” as Janmohamed calls them — including people who are queer, transgender, disabled, and incarcerated, among others.

“The ‘zine is a resistance project at its heart,” Janmohamed said. “We want to complicate who are radical Muslims in the Bay Area. … We’re trying to say that ‘radical Muslims’ are super gay. We’re organizers. We’re political people.”

The ‘zine format is the perfect medium for the mission of Totally Radical Muslims, a self-published, cheaply produced booklet that has a “pay what you can” price tag, said Janmohamed. “It’s for us, by us. We’re not going to wait for anybody else.” Totally Radical Muslims published its first volume in 2012 and is now collecting submissions for its third edition, which is centered on “queer Muslim love stories.”

‘Zines are just one type of amateur publication that has remained popular in the East Bay even as other forms of print media have dramatically diminished in size and influence. Some of these underground publications are tied to social justice causes and function as a platform for marginalized groups; others offer an alternative publishing model for artists and writers who enjoy the complete creative freedom they afford. ‘Zines generally have no editors or publishers, and are produced cheaply and in small quantities. At the core of many Bay Area ‘zines is a desire to go against a dominant idea or to operate outside of the traditional structure for showcasing creative work (such as an art gallery or anthology).

“There’s this really beautiful, genuine quality to ‘zines,” said Tomas Muniz, a Berkeley-based ‘zine-maker and co-founder of the East Bay Alternative Book and Zine Fest. “It really allows people to experience the ideas and stories of other people.” Plus, he said, “There’s something really sexy about a ‘zine. It feels like it fosters connections in a way that you do not get online.” It’s common for people to trade ‘zines, and sometimes ‘zinesters may collaborate on an issue together.

In the East Bay, these publications are found at a range of independent bookstores and artist collectives, including Book Zoo, Pegasus Books, Rock Paper Scissors Collective, and the Long Haul Infoshop. Some maintain robust ‘zine libraries. While the concept of the ‘zine can be traced to radical political movements, such as the punk subculture and anarchism, today popular ‘zines in the Bay Area address all kinds of themes, including parenting, urban displacement, depression, and erotica.

By some accounts, the local ‘zine scene is thriving. The East Bay Alternative Book and Zine Fest has grown every year since its inception in 2010, said Muniz, who is known for his ‘zine Rad Dad. Last year’s event, which was held in December at Berkeley City College, drew more than one hundred participants. The event quickly sold out and there were dozens more on a waitlist, Muniz said, adding that there’s clearly enough demand to move this year’s festival to a larger venue.

“Here’s a space where we could come and sell our stuff and gather and mingle and trade,” said Muniz, who is also a creative writing professor at Berkeley City College. “It was immediately popular.”

At the Long Haul Infoshop in Berkeley, volunteers have been working in recent years on a cataloging project to organize the space’s more than 15,000 ‘zines. The collection has long been a source of inspiration to ‘zine-makers, said Robert Eggplant, a Berkeley writer and longtime volunteer at the Long Haul and Slingshot, the center’s anarchist publication. “Seeing that kind of creativity is infectious,” he said.

Nick Wortham, a 29-year-old illustrator who has regularly published ‘zines in Oakland since he first moved here in 2007, said that the work can be a “hugely therapeutic process.” “Making a piece of work page by page, it is like this way of processing and translating the world around you,” he said, adding that some of his early East Bay ‘zines were a reaction to personal difficulties in his life, including violence that he and his friends faced in Oakland. “The more I processed it and made art, the more I had to think about it.”

‘Zine-making is more meaningful than displaying art in a group show, Wortham added. “Showing your work in a gallery is totally awesome, for sure, but it’s a lot less personal and it’s less permanent. A ‘zine is a one-on-one interaction.”

Wortham, whose work typically involves intricate black-and-white drawings with sometimes dark imagery, said that he gives out copies of his ‘zine as a sort of “business card” that allows people to immediately see his artwork and learn more about him. “The medium to me is so much about sharing and existing outside of the art economy.”

He continued, “I can put a year’s work into something and then put it into someone’s hands or sell it for two dollars. … It’s making art that is affordable.”

Angela Roberts, a longtime ‘zine-maker based in Oakland, said that the medium is the only one that fits her “new narrative” style of writing, which often involves experimental nonfiction and short stories. Over the last six years, she has published eight issues of her ‘zine Supertrooper, which includes text and art, sometimes with covers made of reused materials. She said she would rather have her work appear in her independent ‘zine than on a blog or in an anthology. “It’s very nice to have these things stand on their own. … I have total control over every aspect of the process, which is really appealing and liberating to me.”

The ‘zine community is also avoidant of some of the competition that exists in the publishing industry, Roberts said, noting that she has built relationships with other writers. “I love my friends who write ‘zines in the Bay Area, and I feel like there’s a really healthy creative discussion that happens with other writers,” she said. “We really encourage each other.”