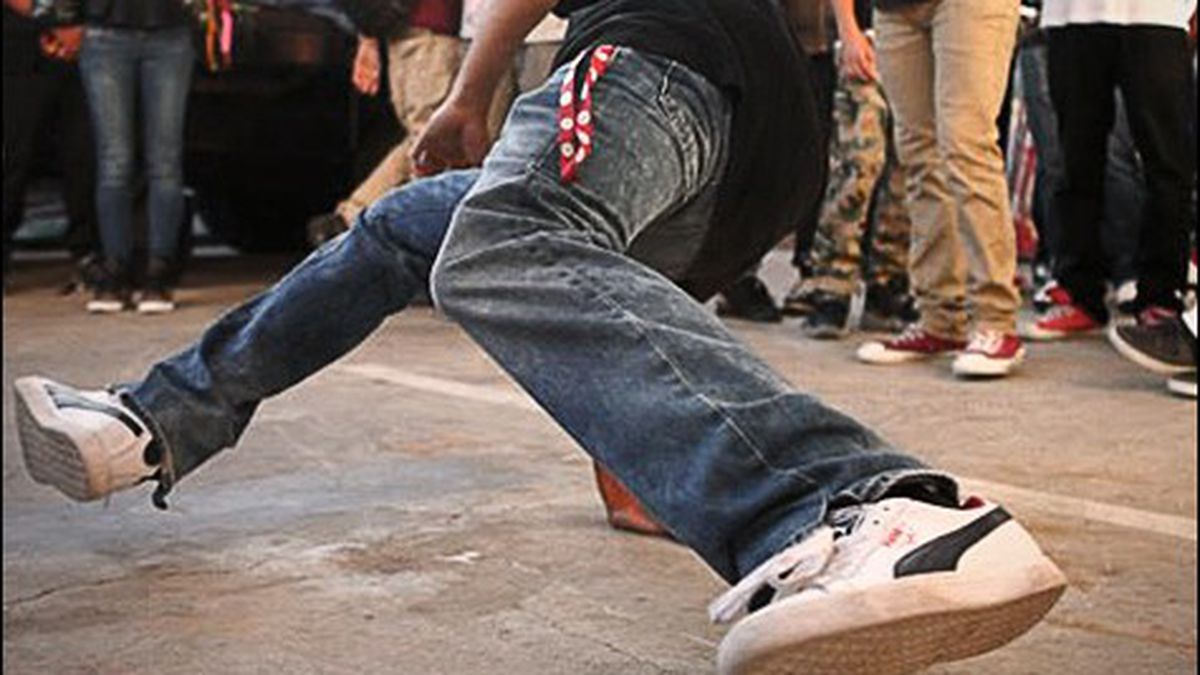 Turfing has evolved beyond its underground dance battles, reaching wider audiences in the East Bay and across the country.

West Oakland native Jesus Ibn El was in China three years ago when his stepfather died. El, who was performing with his acrobatic team at the time, knew his stepdad was sick but didn’t think he would pass away before he returned home.

“There were a lot of conversations I still wanted to have with him,” said El, a 26-year-old performer whose stage name is Zeus. At the time, one major source of healing for El was turfing, a dance style born on the streets of Oakland two decades ago. “I was able to dance through that pain and emotion. It’s about being able to literally embody the emotion. … Turf dancing is about being able to genuinely tell your story.”

Such personal expression is at the core of turfing — a genre that has boomed in recent years, opening up intimate moments to wider audiences and inspiring a range of offshoot street-dance styles. Notably, TURFinc, an East Bay company that hosts underground dance battles, last weekend held its first event at The New Parish in Oakland in an attempt to meet growing demand. Organizers recruited dancers from all over the country and as far away as Germany for the ninth TURFinc battle, which producers promoted more heavily than the past battles held at the Firehouse Art Collective in Berkeley.

The transition to The New Parish is just one of several recent and upcoming efforts to expose turfing to more people, said Johnny Lopez, founder and CEO of TURFinc and a longtime turf dancer. “This is just the beginning,” said Lopez, who goes by the name Johnny 5 and is also part of the Oakland crew Turf Feinz. “I’m prepping to take it to the next level.”

In addition to hosting monthly battles with his co-producer, Sarah Sexton of Oaktown Indie Mayhem, and promotional partner, Javier Ochoa of High Voltage Films, Lopez, 24, said he is putting together a turfing choreography team that plans to eventually tour the country. He said he is also in talks with World of Dance, an international urban dance competition, about possible choreography collaborations and event sponsorship opportunities for TURFinc. Lopez has already secured a diverse range of sponsors for his company, including Catholic Charities of the East Bay. Furthermore, Lopez plans to start teaching turfing classes next month at a Berkeley dance studio called MVMNT (2973 Sacramento St.).

Sexton, who is the booker for Awaken Café in Oakland, has helped Lopez with the production aspects of the TURFinc battles over the last year. She was drawn to turfing after viewing the 2009 viral YouTube video “Dancing in the Rain,” a powerful tribute to a deceased family member of one of the Turf Feinz dancers. “It just blew my mind,” she recalled, noting that she sent messages to every Turf Feniz member she could find online after watching the video. “I had to get a hold of them somehow. I believed in what they were doing.” She eventually connected with Lopez and has been producing the battles with him since December 2012. Sexton described turfing as “street ballet,” noting that the delicate and gliding moves distinguish it from other similar styles. “It’s fluid. It’s emotional. It’s interactive.”

But despite turfing’s success, Lopez is concerned that the original dance style may one day be lost. “I’m hoping it doesn’t die one day,” he said, noting that there are only about fifteen “old-school” turfers whose dancing still includes elements of the original Oakland style. “It’s so unique.”

While the more “pure” turfing style may be diminishing, there are many hybrid dances with ties to turfing — including crumping, bonebreaking, cutting, and jookin — that are growing in popularity. Lopez features many of those dancers at his events, which has attracted larger crowds. Ladia Yates, whose dances in the jookin style, competed at The New Parish last week. “It’s dramatic. It’s like boxing, but instead of fighting, it’s dancing,” she said. “[Lopez is] putting more quality into it. Of course, it’s going to attract more people.”

While the future of the original turfing style is uncertain, El said it’s important that youth continue to have this kind of performance outlet. “It keeps a lot of people out of trouble and gives them a platform to showcase their talent.”

The next TURFinc battle will take place at the UC Berkeley Art Museum and Pacific Film Archive (2626 Bancroft Way, Berkeley) on Friday, Mar. 7. 5 p.m., $7. To get involved with TURFinc, email Johnny Lopez at [email protected].